Telefónica’s Index on Digital Life: what the findings show

In June 2016, Telefónica released the most comprehensive ‘Index on Digital Life’ ever developed, ranking 34 countries worldwide on the quality of their digital ecosystem. Developed... 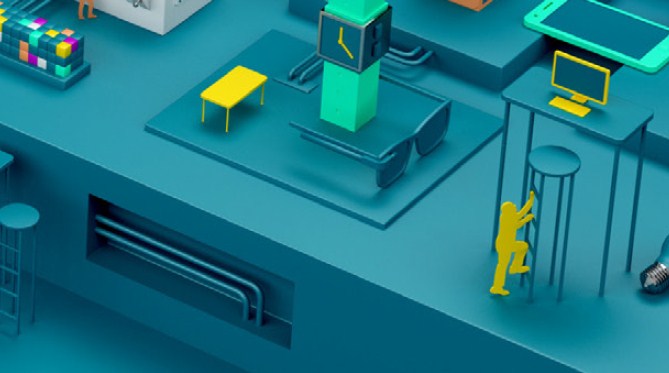 In June 2016, Telefónica released the most comprehensive ‘Index on Digital Life’ ever developed, ranking 34 countries worldwide on the quality of their digital ecosystem.

Developed over a course of a year in partnership with world leading scholars from London’s Imperial Business School, George Mason University and the University of Pécs, the Index challenges the traditional overreliance on infrastructure development when measuring the impact of the digital economy. Instead, it addresses three components that combine to support digital life – Openness, Confidence and Entrepreneurship.

As you might imagine, the index ranking correlates strongly with a country’s wealth. This can be explained by the fact that wealthy economies have greater funds to invest in digital infrastructure and R&D. Yet, whilst the USA predictably tops the Index with a total score (96.3/100), Colombia, Chile and the UK are among the countries outperforming relative to GPD per capita.

The Index makes it clear that countries must promote a balanced investment in all key areas of digital life if they are to make the most of the opportunities to drive economic growth. As an example, Latin American countries rank particularly highly for entrepreneurship. In fact, Colombia and Chile fall in the top eight performing countries relative to GDP per capita, their GDP-adjusted performance outperforming those countries often perceived to be more digitally developed. Costa Rica, Mexico and Brazil also over-perform in Digital Life relative to their wealth, which is an incredibly promising prospect.

We know Latin American startup culture has been developing for a while now, with the Global Entrepreneurship Monitor recording late last year that the Latin American and Caribbean region is now the second most enterprising region in the world. We have see the growth of initiatives such as Endeavor Global, Kaszek and our very own Wayra startup accelerator doing great things to support entrepreneurship in the region. Collaborative initiatives like these ones, coupled with public and government support, create the environment needed for the digital economy and digital life to flourish.

While exploring other regions of the world, the Index identified the UK as the European leader in digital life, followed by Germany and France. Japan is the Asian leader, closely followed by China, India and South Korea. In the Middle East and Africa region, Israel (8th with a score of 78.5) leads Saudi Arabia substantially.

Using this rich insight, we intend to provide a roadmap for global policy makers to better balance the socio-​economic components of digital society, ultimately improving the lives of individuals and fuelling the global digital economy. We believe that, whilst fundamental, infrastructure alone does not guarantee a prosperous digital life and that countries will do well to invest in all components.

To take an example, the Index tells us that if Latin American countries are to continue on their path to fostering a high level of digital entrepreneurship, they need to support policies which focus on the development of digital knowledge and skills, R&D and innovation. However, they must foster these skills in relative balance to the other three components and should still invest in the critical infrastructure and capability drivers that will support entrepreneurs and their new ventures.

To consider a European example, the UK is a strong across-the-board performer relative to its wealth and should be applauded. However, in order to achieve a better balance in its digital life ecosystem, it could focus more effort in policies supporting digital entrepreneurship and confidence. That would include policies that grow citizens’ digital skills, confidence as well as making more resource available to them.

Turkey, Panama, and Guatemala are strong on digital entrepreneurship relative to their GDP per capita but could improve their policies around digital openness and confidence. They can do so by ensuring that their digital infrastructures are sufficiently open and secure.

It’s clear that policy makers must accurately reflect on the strengths and weaknesses of their own economies if they are to continue on their path to creating a good digital life for their citizens. Taking this thinking a step further, it is obvious that there are lessons to be learnt from countries that are performing well overall, or outperforming in a particular factor of digital life, that can be used to improve our global Digital Life.

To unleash the full potential of the digital economy, we need forward-looking, fairer public policies and a better cooperation between all stakeholders, public and private. Without this, he says, we risk a digital divide, which could not only threaten economic progress, but also the lives of citizens globally.

If you’d like to read more about the Index and compare how different countries perform, you can do so by downloading the report here.