Mexico City: The GSMA announced this week a series of initiatives to protect mobile users throughout Mexico. Supported by the country’s mobile operators Iusacell, Nextel, Telcel and Telefónica... 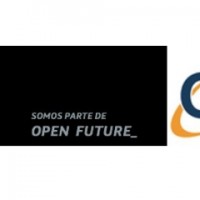 Mexico City: The GSMA announced this week a series of initiatives to protect mobile users throughout Mexico. Supported by the country’s mobile operators Iusacell, Nextel, Telcel and Telefónica Movistar, the Mexican National Telecom Association (ANATEL) and the country’s regulator, the Federal Telecommunications Institute (IFT), these initiatives form part of the GSMA’s “We Care” campaign. They aim to provide Mexican consumers with a safer, more supportive and sustainable mobile experience through industry programmes to tackle handset theft, protect children, support citizens with disabilities and safeguard the environment.

“Mexico is one of the fastest-growing mobile markets in Latin America, with 46 million unique mobile subscribers and 104 million mobile connections,” said Tom Phillips, Chief Regulatory Officer, GSMA. “Through collaboration with IFT, ANATEL and the country’s mobile operators, we will work to ensure that Mexico’s citizens enjoy all the advantages of exciting and innovative mobile services as safely and securely as possible.”

The GSMA’s We Care campaign focuses on protecting mobile users throughout Mexico with initiatives in the following key areas:

The theft of mobile handsets is one of Mexico’s most common crimes. According to ANATEL, reports of lost or stolen mobile devices increased almost threefold from 156,000 in 2012 to over 442,000 in 2014. Following an initiative with the Government of Mexico to connect mobile operators to the GSMA International Mobile Equipment Identity (IMEI) database2, the IFT today signed an agreement with the GSMA to implement the GSMA’s IMEI Device Check system, reinforcing the mobile industry’s commitment to combatting handset theft. The system enables Mexican mobile users to check in real time on the IFT website if a handset has been included in the global list of stolen mobile devices. The GSMA IMEI blacklist database is updated on a daily basis via reports from over 120 operators around the world, including 38 operators from 15 countries in Latin America.

Child pornography has become increasingly prevalent in Mexico, with reports of over 12,300 online accounts that distributed images and videos of child abuse content in 2014. In partnership with civil society organisations Internet Security Alliance (ASI) and the Citizens Advice Bureau (El Consejo Ciudadano) in Mexico City, the GSMA, Mexican operators and ANATEL have committed to the following actions to help protect children online:

Promote the channels for reporting illegal content regarding child pornography, sex trafficking and exploitation via SMS and social networks; and

Extend the scope of an agreement with El Consejo Ciudadano to include child protection in cases of bullying and abuse and the free *5533 helpline.

According to the World Health Organisation, there are more than six million people in Mexico that require disability-related support to improve their quality of life. The GSMA, Mexican mobile operators and ANATEL have signed an agreement with the Mobile Manufacturers Forum to improve the access from their websites to the Global Accessibility Reporting Initiative (GARI)3 system, which enables users to check and identify mobile devices in their region that offer features to aid users with disabilities.

Electronic waste is the world’s fastest-growing type of waste and is set to increase by 17.5 per cent in Latin America between 2012 and 20154. Following the launch in 2013 of the Green Programme by ANATEL, mobile operators and device manufacturers, more than one million mobile handsets and 400 tonnes of mobile accessories including batteries and chargers were collected in 2014. To reinforce their commitment to the environment, operators today pledged to:

Launch a widespread campaign across media, social network and other channels to promote e-waste recycling; and

Identify new platforms for encouraging active participation by the Mexican population to recycle e-waste and enlist friends, families and neighbours to support their efforts.

“We welcome the launch of the GSMA We Care campaign in Mexico as a great example of how the mobile industry and the public sector can work hand in hand to promote a consumer protection agenda and improve the quality of life of Mexicans though mobile technology,” said ANATEL’s President, Enrique Leiva.

“A reduced digital divide and the evolution of technology and mobile services have allowed more people to benefit from the economic, educational and health opportunities to develop as individuals and communities. Consumers also have new ways of living and entertaining that enrich their quality of life, “said Daniel Hajj, General Director, América Móvil. “It’s a priority for us to work together with the GSMA and its partners so that, through the “We Care” campaign, we can stimulate action to provide a safer and more reliable mobile environment for children, adolescents, women and the elderly, for their greater wellbeing.”

Carlos Molares Paulin, CEO of Telefónica Mexico, commented: “We are glad to play a part in this range of initiatives that demonstrate how the mobile industry is aware of the impact of mobile across a range of social issues and is proactively working to improve the experience of our users in Mexico.”

This Press Release has been originally been published on the GSMA’s newsroom.