The global debate on Internet Governance continues to blossom worldwide. Whereas the mandates from the [i]World Summit on Information Society (WSIS) are being revitalized, there are... 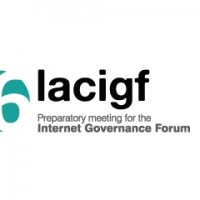 The global debate on Internet Governance continues to blossom worldwide. Whereas the mandates from the [i]World Summit on Information Society (WSIS) are being revitalized, there are proliferating other regional and national IGFs. In 2013 it is estimated that the total number of such events will be around 55, being more than 10 regional ones and more than 35 national ones, with an increase of more than 20% over the previous year.

In Latin America, the national IGFs are scarce, however at the regional level the debate has been intensified through the efforts of various organizations in the region, such as Lacnic, APC, ISOC Latin America, Ahciet, cgi.br, etc., which were extremely successful holding the Internet Governance for Latin America and the Caribbean (LACIGF) events. The 6th Lacigf was held last week in the city of Córdoba , Argentina , with the participation of nearly 200 attendees in-person (and more than 1000 remotely), representing various organizations of civil society related to the Internet world, some governments , ISPs, content providers such as Google and operators such as Telefonica. 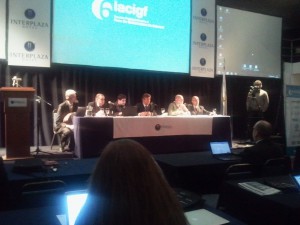 The session topics have coincided with IGF general ones, the aim is not, as one might think, develop a consensus document or position, but to bring the discussion points from the region to the next global IGF (to be held in Bali in October). In my opinion, if you make a general comparison to other regions, could highlight some differences:

The main concern in the region is the cost of access, considered too expensive and therefore the main barrier of Internet to facilitate the economic and social development of individuals and society. For this reason it is considered very useful to promote IXPs (national or regional points of traffic exchange), as they can reduce costs avoiding international traffic costs when it stays within the region. There is a sense that even an e-mail to the next door neighbor goes through Miami, the capital of Latin America in many ways, including this one.

On the issue of privacy as distinguishing feature of the region, it could be noted that the user is more concerned about the use that governments or local administrations can do of his/her personal data than that of companies, since in some countries the electronic surveillance is directed towards repression of human rights activists and even journalists. In this respect, one participant answered that there are too many examples of this type of use in the region to another participant that requested the return of telecommunication operator state monopolies.

It can be considered that the most targeted players are, in the following order: governments, for inaction in making or regulating as they should; operators, for impose excessively high prices; and the “Googles”, for collecting user data and deliver them to the authorities too easily. Although there were appeals to individual responsibility of each agent within its role, as cybersecurity is an issue of everyone: governments, academia, civil society and private sector.

The “multistakeholder” model was fully supported and considered, together with the IGFs, as an example of “enhanced cooperation” introduced in the above mentioned WSIS. Likewise, the need for training and education in new technologies were considered crucial for the sustainable development of Internet, especially in a region whose countries are in the category of “developing countries”.