The future of connectivity in Europe: perspectives and policies

Mobile networks are essential for economic recovery, digitisation and the green transition. Accelerating the deployment of 5G in Europe is essential to maintain and strengthen the European Single Market and the right conditions are needed for investment in infrastructure and network modernisation to flourish. 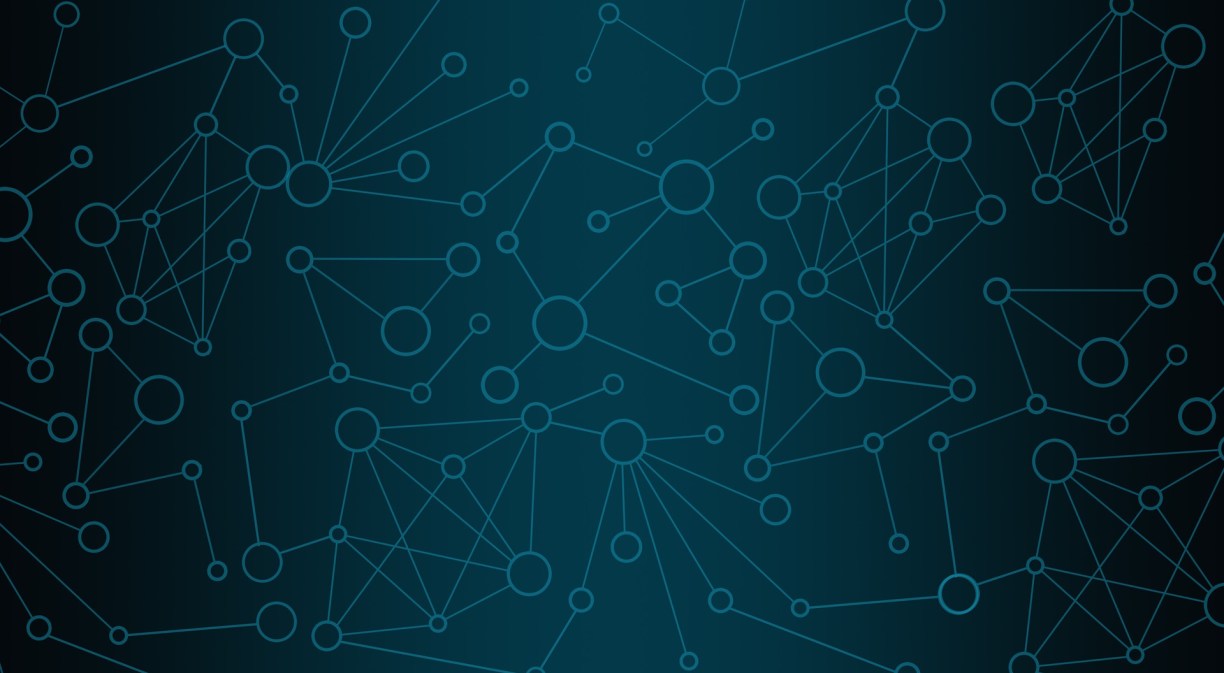 The GSMA, the association representing mobile network operators worldwide, has just launched the report “The Mobile Economy Europe 2022“, which analyses the state of the mobile industry in Europe and its relationship with technological, socio-economic and financial aspects, including forecasts up to 2025.

The document reveals the urgency of taking the necessary policy and regulatory measures to achieve the goals included in the European Commission’s Digital Decade. As the report explains, mobile technologies and services contributed €757 billion to European GDP in 2021 and predicts that by 2025, 5G adoption in the region will be 44%. The latter figure is particularly striking and relatively low compared to the performance of other regions, such as South Korea (73%) and Japan or the United States (68%). 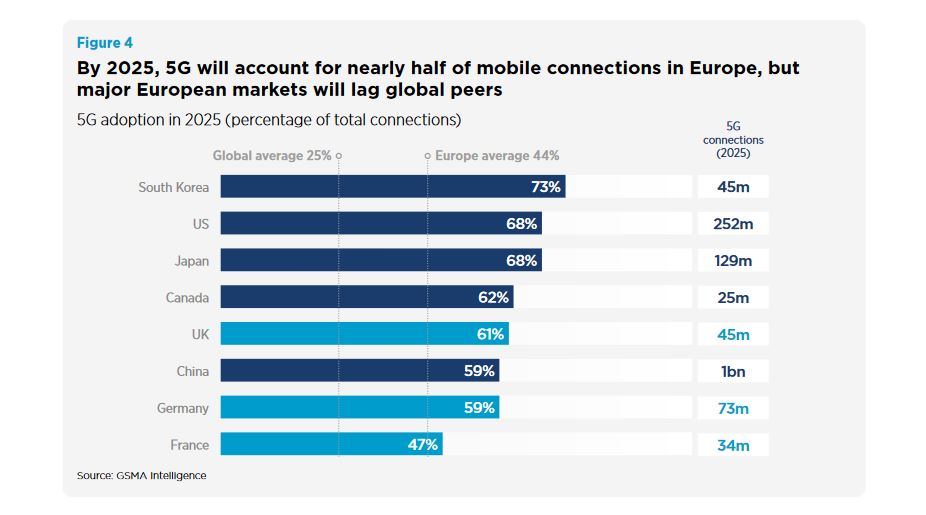 The future of EU connectivity

But why is Europe experiencing slower 5G deployment than other equivalent markets? The main reason behind this is the tough market conditions. Currently, the investment gap, the lack of incentives for innovation, and the regulatory and competition policy approach in Europe hinder the return on investment for companies in the sector. In particular, the fostering of an artificial competitive environment is hampering the development of these companies and, with them, of the European economy and society.

These are some of the ideas that were discussed during the panel discussion that accompanied the presentation of the study. Peter Stuckmann (Head of Unit Future Connectivity Systems, DG CNECT, EU Commission), Tsvetelina Penkova MEP (Member ITRE Committee, EU Parliament), Filipe Batista (Counselor Digital-Telecom, Permanent Representation of Portugal to the EU), Matthias Bauer (Director, ECIPE) and Jakob Greiner (Vice President European Affairs, Deutsche Telekom) participated in the session “The future of 5G connectivity in the EU“, organised by Euractiv.

During the conversation, Jakob Greiner identified the consolidation of telecoms markets as the first step forward. “If we want to pursue the vision of a single European telecommunications market, the first step is consolidation,” explained the Deutsche Telekom executive. In comparison with the United States, he identified the high fragmentation of the European telecommunications sector as an “unhealthy” situation. He also called for market consolidation within Member States (in-market consolidation) with a view to long-term efficiencies and not simply a short-term price debate. In this way, he called for a European sector with operators that can achieve the scale they need to compete.

On the investment side, Filipe Batista argued that efforts need to be refocused to achieve “smarter investment”. “The focus should not only be on traditional users,” he said, but the deployment of 5G should also be oriented towards the industrial sector, since for this sector the capabilities of 5G are indeed differential.

When asked about potential bottlenecks in the model, Batista confirmed that investment should focus on the business case for industry and enterprise users primarily.  While 4G offers sufficient performance for the vast majority of mobile users, 5G could bring substantial productivity gains for industries. Efforts should therefore be made to boost this productivity, which is the sector’s largest contribution to the GDP of the European economy.

For Peter Stuckman, it is necessary to “work together” to improve market conditions and encourage investment.

Fair contribution to the sustainability of networks

The discussion on a fairer model for contributing to network costs was another relevant point of the conversation. Batista pointed out that the markets have changed and today there is no longer a telecommunications market but that it has evolved substantially in recent years towards a “data market”. Thus, “traditional” regulation should be updated to adapt to the new market conditions. A “new balance” between regulators and operators is therefore needed to achieve the goals of digital connectivity.

Daniel Pataki, GSMA vice president of policy and regulation and head of Europe, also explains that “Europe is adopting 5G faster than ever before, but a greater focus on creating the right market conditions for infrastructure investment is needed to keep pace with other global markets. This should include the implementation of the principle of fair contribution to network costs”.

Peter Stuckman argued that there is significant scope for creating a more harmonised framework for local licensing, in order to create economies of scale in equipment and facilitate the development of cross-border services. He pointed to possible EU harmonisation initiatives in the 3.8-4.2 GHz bands.

However, for Jakob Greiner, the main stumbling block is price: “We still have very, very high prices for spectrum in member states and a very fragmented approach to spectrum auctions,” he argued. In this vein, Batista confirmed that models that extract money from the sector (such as costly spectrum auctions) are not the way to achieve a rebalancing, so alternative models of financing investment could be an interesting option.

Therefore, the GSMA recalls that “the pace of 5G coverage expansion across Europe will be a key factor in the transition from 4G to 5G, an important step towards achieving Europe’s Digital Decade goals”.