Robots and cyber security, the future of industry

The robotics sector, which is becoming increasingly established due to the rise in automation, is trying to reverse the insecurity and digital attack vulnerability 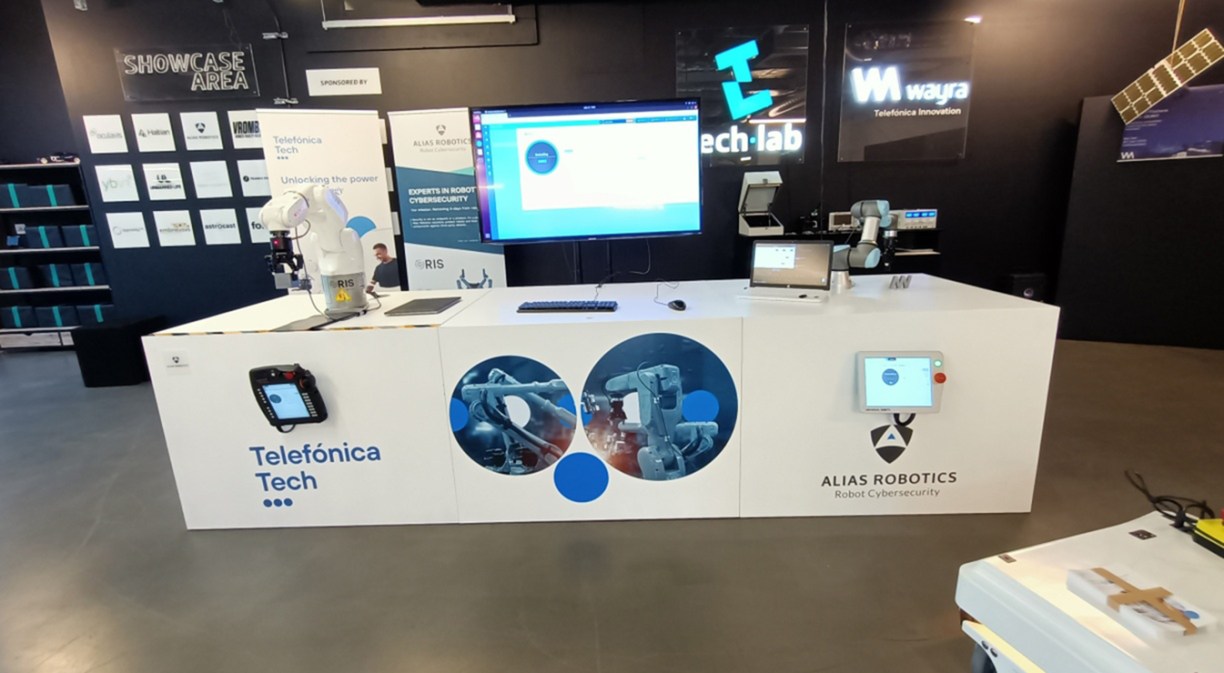 Intelligent factories are a reality. The advance of digitalisation in the industry has led to an increase in the implementation of new automation systems. Industrial environments where robots are central and interact on a one-to-one basis with humans within a hyper-connected environment are becoming increasingly common.

Spain, which is among the top 10 countries in the world with the most robots, has 16 robots for every 1,000 workers, according to figures from the International Federation of Robotics. And in fact, according to Spanish cybersecurity company Alias Robotics, based on estimates from the World Economic Forum, the number of robots will equal the number of human workers by 2030.

The advantages of using robots in production lines, logistics chains and any kind of activity are evident, but the security risks and the need to take measures regarding the threats to which digital devices are exposed are evident as well.

Having served dozens of robotics customers, last year alone the Alias Robotics technical team detected more than 100 vulnerabilities in different robots. These vulnerabilities could affect both the user’s economic sphere (by paralysing production) and their physical security (due to accidents resulting from attacks on robots). In addition, an industrial robot can become the key to accessing sensitive data, such as those related to industrial property.

A “vaccine” for robots

“Robotics today is as vulnerable as PCs were in the late 1980s,” says Endika Gil Uriarte, Chief Strategy Officer (CSO) Alias Robotics. In his opinion, the advance of Industry 4.0 and hyper connectivity “has trampled over industrial systems, designed to work in isolated environments.”

In addition, many robot manufacturers neglect cybersecurity issues, he says. “It is common for these companies to scale very quickly and sell a huge number of units in a few years, and they may lose control over some of the systems deployed,” he adds.

The goal of Alias Robotics is to protect robots and their components against third-party attacks by eliminating or mitigating these risks. To this end, they collaborate with robot manufacturers and end users and provide them with Robot Immune System (RIS), an intelligent antivirus that protects robots from cybercriminals from the inside out.

RIS has been created by a specialised technical team with more than 10 years’ experience in robotics and cybersecurity and it “is an intelligent antivirus that is incorporated into robots to protect them while it evolves and adapts like the human immune system”, explains the start-up from Alava.

This software exposes machines to various virtual threats and prepares their systems so they avoid possible infections by computer viruses. With the help of artificial intelligence, it learns to better prevent these threats, as well as to identify them even before they occur.

Since December 2020, Alias Robotics has been backed by Telefónica, which became a shareholder through Telefónica Tech Ventures. As a result of this strategic agreement, the world’s first laboratory dedicated exclusively to innovation in robotic cybersecurity was inaugurated in September this year.

The CS4R lab, located at the Wayra Innovation Hub in Munich, will allow both companies to continue to lead the robotics cybersecurity sector within the industry, reach out to potential local customers and, ultimately, continue to help companies to face the next digital influx in a secure way.

This laboratory will feature a variety of robots which are widely used in the industry, such as collaborative robots, which interact directly with workers, conventional industrial robots and mobile robotic platforms.

For Vicente Segura, head of OT security at Telefónica Tech, “the industry is undergoing an unprecedented digital transformation process in which all systems, including robots, must incorporate the most advanced security mechanisms. Robotics cyber security helps companies avoid production downtime due to attacks, which can lead to significant financial losses and reputational damage.”

The European Union–increasingly involved with digitalisation–has started to take the issue seriously and, as part of its cybersecurity strategy, appears to be preparing a new ‘cyber resilience’ legislation for 2022, whereby a common cyber security standard to be applied to connected devices shall be introduced.

Another solution for dealing with insecurity and cyber threats is training. There are industrial engineers, programmers, cybersecurity architects, etc., but robotics is an emerging field that demands different skill sets and profiles that are born out of scientific collaboration amongst each other.

Only in this way, by combining all these factors, can we have a connected industry in which humans and robots cooperate and work safely and securely. That is the future.