Telefónica was the first telecommunications company to place their stakes on Voice-Activated Virtual Assistants, by creating Aura. 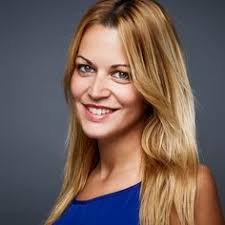 Voice-Activated Virtual Assistants (VAVA) are rapidly growing in number, variety, and prominence. The best known have already been in the market for four years now, and they are a commitment to Artificial Intelligence (AI) for four global tech giants. Telefónica was the first telecommunications company to place their stakes on this technology, creating Aura, its Artificial Intelligence.

Telefónica is deeply committed to understanding and leveraging the opportunities that AI and VAVAs can brigto the company, to give additional value and help create a new relationship with its clients. Because of this, in 2018 it launched Aura in six countries (the United Kingdom, Germany, Spain, Brazil, Chile, and Argentina) in order to transform and simplify the relationship of Telefónica’s customers with the company.

Prior to the launch, the R&D team carried out a study based on the exploration and establishment of a point of reference for the use of VAVA in important Telefónica markets, such as: the United Kingdom, Germany, Spain, Brazil, Argentina, and Chile. The United States was also included as a leader in the adoption of VAVA.

Knowledge and use of VAVA

A little more than half of the users included in the study claim to have heard of VAVAs (55.9%), and over a quarter of them indicate that they use them (27.9%). Only one in ten claims to have never heard of them (11.5%), and a minority states that they have used them in the past (4.6%). 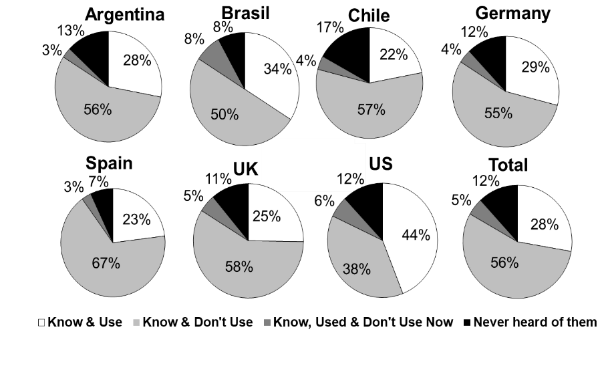 See the complete report on the study made on Virtual Assistants on the Aura website.

More than 60% of users claim to use their VAVAs daily or several times a week for tasks such as creating alarms, asking about the weather, playing music, etc. As for the place and use of VAVA, this is mainly done through devices connected at home and smart phones. 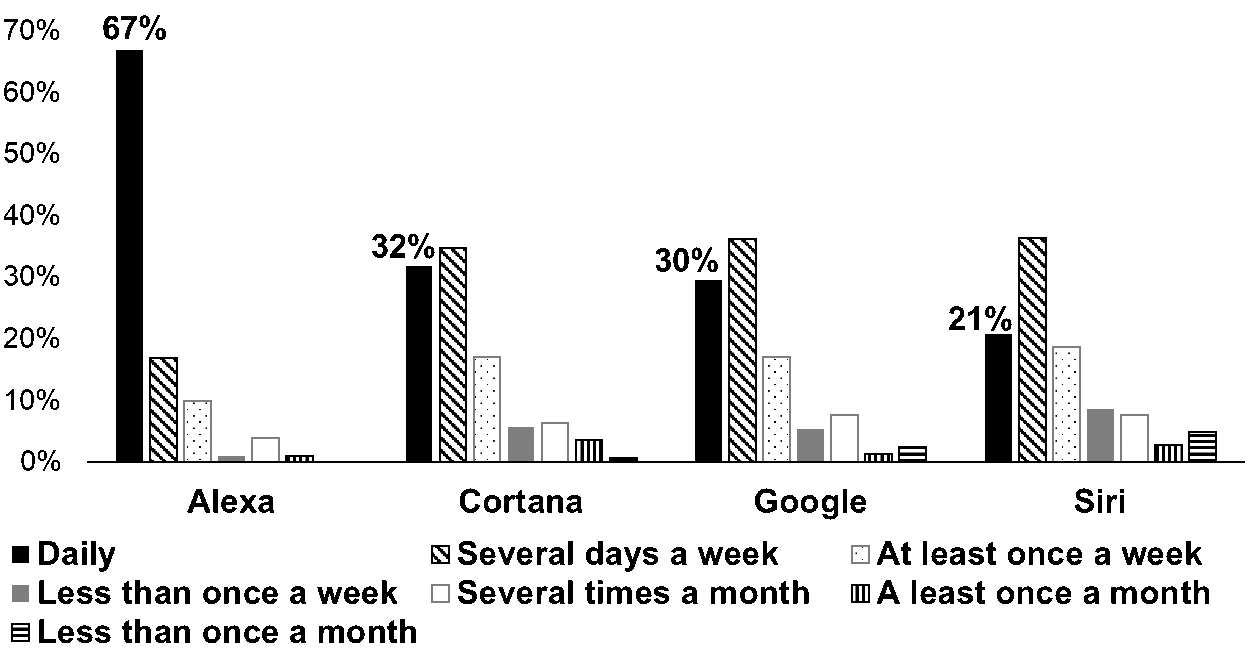 The surprise is in the age of users! 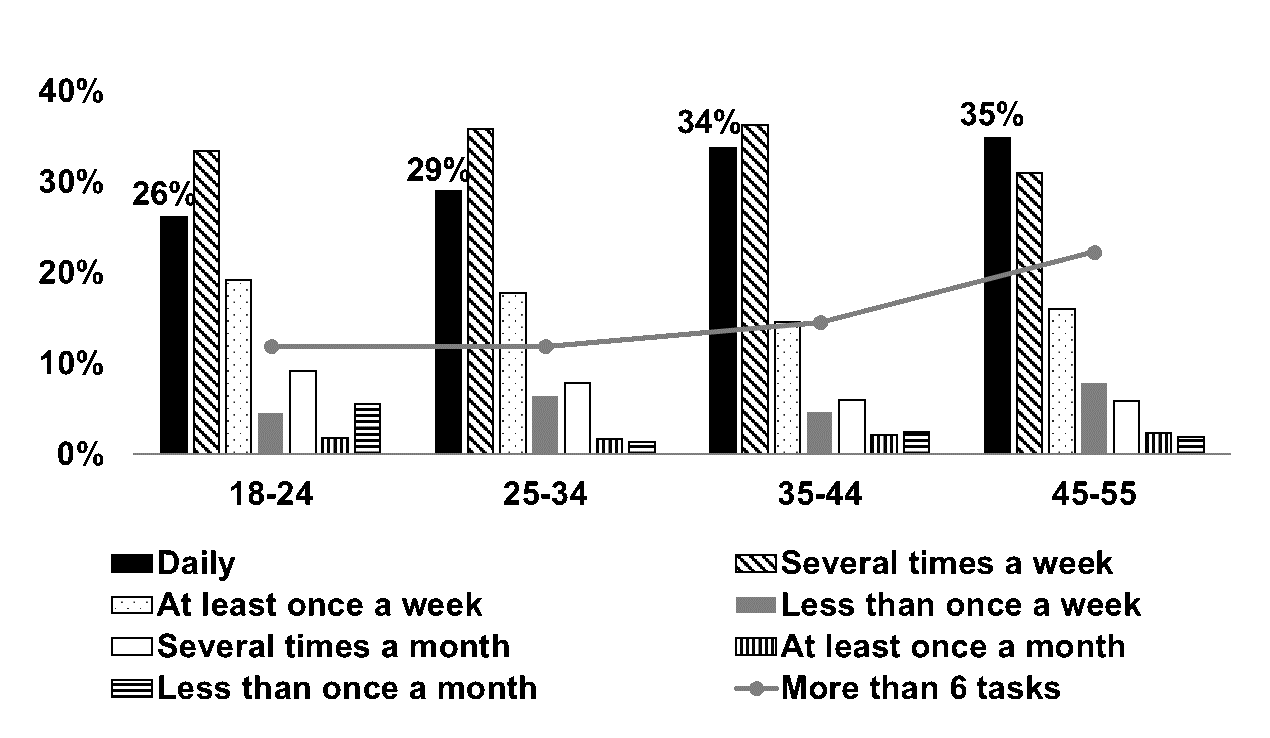 Usage frequency for the four age ranges, and percentage of the sample that uses VAVA for more than six tasks.

The data leads to new experiences and services, and even the transformation of whole sectors. Both Big Data and Artificial Intelligence (AI) are helping people, teams, and organisations to make more objective decisions based on large amounts of data and complex algorithms. In short, they can enrich people’s lives, benefit businesses, and contribute to the progress of society as a whole. In this sense, Telefónica dedicates the third chapter of its Digital Manifesto to presenting our vision for generating confidence, transparency, security, and the power to choose in terms of the use of data, with the goal of users being able to take control of their digital lives.