Many are the predictions those days in the Net concerning our sector and its perspectives for 2012, from how the telecom sector will evolve , to which services and technological trends will... 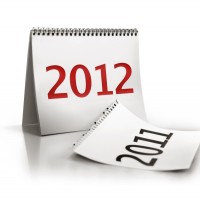 Many are the predictions those days in the Net concerning our sector and its perspectives for 2012, from how the telecom sector will evolve, to which services and technological trends will be the winners for next year, or how social networks will be positioned, what will be the IT “super themes” for 2012, etc…

This is a difficult and somersault exercise in a very dynamic and evolving sector such as the ICT & Telecom one. However, it is sure that some trends could be already detected.

Concerning the ICT public policy area, we could see the following issues as relevant as they are present in several international and public institutions agendas for 2012. Here are some of them:

– Internet Governance: this has been a highly and broadly debated issue during 2011 and it will continue for sure in the next months. As several international organisations such as IGF or ICANN, for example, but also national Governments and other bodies are very interested in this topic, we will see hot discussions on by whom and how Internet should be governed. This will be analysed and discussed amongst other bodies by the UN CSTD workgroup on improvements to the IGF in the next months.

– Parallel to this, Internet Policy Principles and their specific scope, what should be included or left apart, as mentioned in a previous post, are also under discussion in several fora such as the Council of Europe, the OECD, UNESCO or OSCE. These different dialogues will continue during 2012 too and we will keep an eye on them. We cannot forget of course the net management and the debate on open networks as another key issue for 2012.

– Broadband policies and their evolution are also high on the international public policy agenda. Topics such as regional and national plans for high speed broadband investments & deployment, spectrum allocation for 4G, broadband for all are key for the economic recovery worldwide. Institutions such as the OECD, the UN Broadband Commission or at European level, the European Commission and BEREC, as well in Latin America through Regulatel are paying high attention to it. How to evaluate and measure Broadband is provoking strong discussions which objective is to adopt the right criteria and detect the best practices to design better policies. The OECD and the ITU will work on this subject but also some countries such as USA, UK or France for example are currently analysing this subject too.

– In our digital and interconnected environment, with the constant launch of new services and products requiring personal data from users to be the most accurate and personalised, confidence will also occupy our agenda through several topics such as Data protection policies not only in Europe or in other institutions such as the Council of Europe but also worldwide. Protection of minors when accessing to digital services continues to be on the global agenda but also in the European one. M-Payments and its implications will also be a relevant topic in 2012, as explained in a previous post. Cyber-Security is becoming a hot issue as attacks to information, data, malwares are a potential threat for our digital economy societies, and some countries are adopting measures and policy plans to fight against cyber threats.

– Intellectual Property Rights will continue to be discussed during the next months. Let’s mention the current SOPA debate in the USA, the EU Review of the Directive 2004/48/EC for example, or the national controversial plans on this matter. In many European countries, we will find the same discussions. This is a very complex issue and the UN Committee on Economic, Social and Cultural Rights itself recognizes that “conflicts may exist between the respect for and implementation of current intellectual property systems and other human rights”.

– We cannot forget issues related to ICT contribution for a better World and its role in improving sustainability such as ICT and climate change, how ICT could improve the low carbon economic growth, the development of Smart cities, the role of ICTs for the future education of our kids, topics present also in the global public policy agenda.

– We hope also that fora like the G8 and G20 through the B20 will also focus on ICT potential to help for the economic recovery, as recognised since the last years in several international summits such as the World Economic Forum or the OECD. This year Mexico is holding the G20 Presidency and they will organise again a B20 Summit, allowing the industry to bring its perspectives.

– And last but not least Innovation will also be present in the global public policy agenda as this factor is essential for this dynamic and evolving sector, but needs to be more supported through smart public policy actions and initiatives. Some organisations such as the OECD or the European Commission for example will also work on this issue for the next year.

This list is not exhaustive but as you can see, the topics are numerous, and their relevance is key for the positive evolution of the ICT and Telecom sector, but also for our society for the benefit of all.

What other ICT public policy issues would you like to see included in main international organisations agenda for 2012?