According to the UN World Urbanization Prospects , the urban areas of the world are expected to absorb all the population growth expected over the next four decades.   Europe is one... 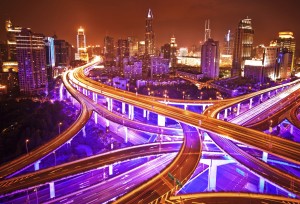 According to the UN World Urbanization Prospects, the urban areas of the world are expected to absorb all the population growth expected over the next four decades.

Europe is one of the areas highly urbanized and its level of urbanization is expected to continue rising so that by 2050, it might reach more than 84 per cent to be urban.

Therefore, these data represent a clear challenge for policy makers and administrations, with a clear need to become more efficient, without forgetting sustainability when designing the management models for cities in the very next future.

The use of ICT solutions applied to different essential areas in urban environments such as transport, energy, building constructions, etc…is key to assure a determined sustainability and an adequate quality of life when living in big cities.

This is the idea existing behind the term “smart cities” and many initiatives are currently ongoing worldwide to transform cities into intelligent and more efficient metropolitan areas for the benefit of their citizens.

The Spanish city Santander is one of these European “smart cities”. “Smart Santander” is a project promoted by the European Union, involving 15 companies and institutions whose activities are led by Telefónica I+D, but also involving, among others, Alcatel-Lucent, Ericsson, Telefónica, and various universities and research institutes in Spain, Germany, UK, Denmark, Greece and Australia. They also assist and support the city of Santander and the Ministry of Industry and Technological Development of the Government of Cantabria, which provides the resources to deploy 20,000 devices (sensors, cameras, mobile …) throughout the Cantabrian capital and its surroundings.

Have a look at the interview to the Mayor of Santander city explaining the project and its application (in Spanish but with subtitles):

A set of pioneer services are installed through the city and will offer useful information to citizens, based on the so-called “Internet of things” as different “things” (sensors, mobile phones, cameras…) will communicate amongst them to carry out intelligent tasks such as advice for traffic, information of public transport situation and timetables, information about quality of the air, water needs, etc…

This year, the initiative “Smart Santander” has been awarded the “Future Internet Award” price in recognition of the European initiative with the greatest potential to advance the development of the Internet.

According to the organization, “Smart Santander” promotes smart services development but also provides exemplary work which could be replicated in other countries. The wide variety of partners involved in the “Smart Santander” initiative caught the particular attention of the Future Internet Award’s Judging Panel, as it included local entities, citizens, communities, cross-regional and/or cross-national involvement, but also industry, ICT researchers and developers.

A multi-stakeholder approach to transform innovation into reality for the benefit of citizens…and this is just the beginning!!