Smarter and smarter cities. Urban spaces are gradually being digitalised, but the aim is to make them more humane, more sustainable. And the use of digitalisation and connectivity makes it possible to design cities that are more liveable based on virtual models. 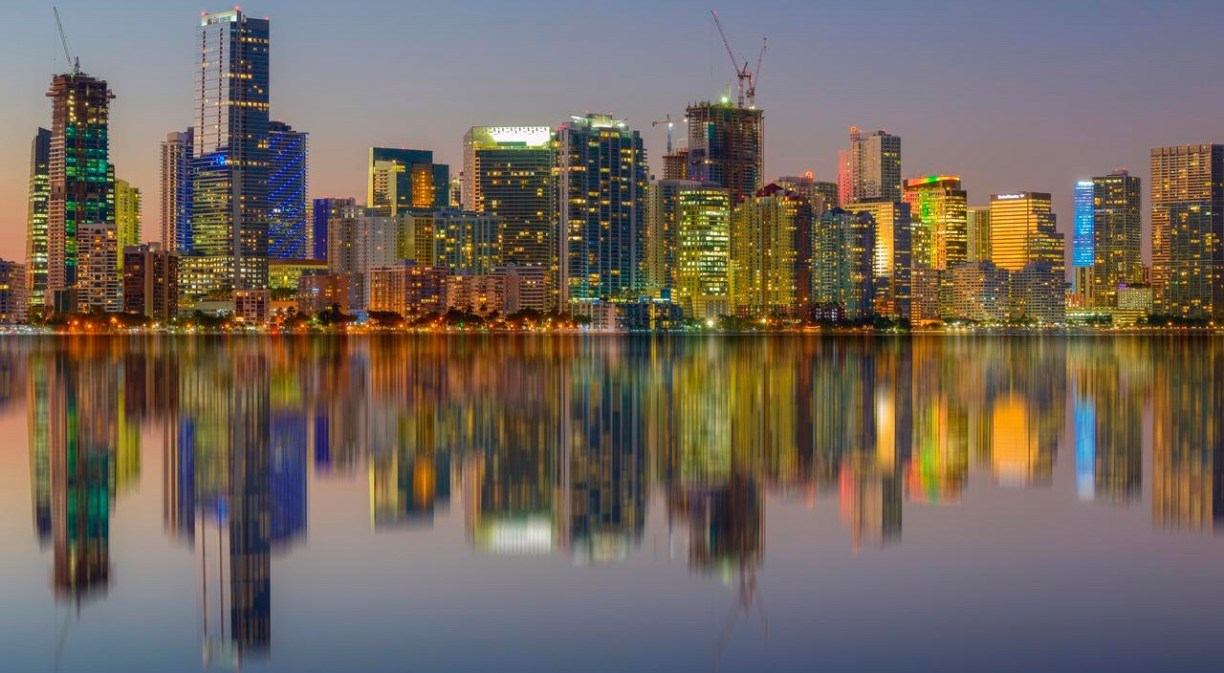 Population growth and the care of natural resources pose a major challenge to city planners. The digitalisation of public spaces, as well as buildings and homes, is making urban areas “smart”. Thanks to the Internet of Things, the devices and the different elements that make up the city can communicate with each other and improve their functioning.

These are not only new designs applied to urban growth plans, but can also be used in established settlements to modernise their infrastructures by applying the use of communication technologies. Today’s cities must reinvent themselves to become more sustainable and improve energy efficiency, but they must also be economically and socially sustainable. They must be more humane and facilitate the participation of their inhabitants in decision-making that may affect them.

The Future of Cities and their Growth

This is particularly important in view of the estimated growth of the world’s population and its settlement in large cities. Already in 2018, the UN estimated that by 2050, 68% of the world’s population would live in urban areas. More recently, however, at the latest edition of the regional Smart City Week 2020 event in Mexico, the experts gathered there raised that estimate to around 85% of the population.

Forecasts aside, what is clear is that there is already talk of megacities. Cities such as Tokyo, Istanbul, Mexico City, New York, Mumbai, Beijing and Buenos Aires host more than 10 million people in their urban areas. Precisely, the Argentine city has been awarded as Smart City 2021, in the last edition of the Smart City Expo World Congress, for its municipal waste management plan. After applying technological innovation to municipal solid waste management, city officials have managed to design a plan focused on urban transformation, which aims to “promote reduction, encourage selective waste collection and has managed to steadily reduce the arrival of waste at local landfills”, as highlighted by the organisation of this forum.

The development of the digital twins has contributed significantly to the growth plans of cities. This technology virtually recreates a real-life system using data collected from connected devices. These models have been successfully used in sectors such as aerospace, aeronautics and industry.

Thanks to the combination of other technologies such as the Internet of Things and Big Data, these digital models process all this information in real time, and, through Artificial Intelligence, improve processes such as mobility, optimisation of energy and water use, improving important aspects such as air quality or the efficient use of natural resources.

How do they work? Digital twins can generate an accurate model of a city, allowing experts to perform all kinds of tests in this virtual environment. The aim is to know and predict the response to any changes made, before implementing them in the real world. As it is a recreation based on real data, it also helps to solve problems, since these systems are able to “think” and offer predictions to provide solutions to new challenges as they arise. And all this without compromising the systems of the “physical” city.

For this reason, the application of the digital twin to urban development has become a powerful tool with which to design spaces such as Singapore’s City State. This Asian city has been working for years with a dynamic 3D digitalised model, developed by the National Research Foundation. Thus, through a digital platform, both private and public companies can carry out their own tests and develop tools to create solutions that help decision-makers plan for the future and solve existing problems.

The project includes all kinds of information: from the material the buildings are made of to a 3D representation of the city, studying the accessibility of the entire city, as well as other data on the population, green areas and climate. With all this information, it is possible to analyse which areas need more green spaces, which buildings can be equipped with solar panels to promote green energies, or to study the best mobility solutions in those areas where they are needed.

Meanwhile, in Germany, the city of Herrenberg has harnessed the full potential of digital technology to put it to a different use and focus on better management of its artistic and cultural heritage. The aim: to promote tourism through Augmented Reality and Virtual Reality tools.

The use of supercomputing technologies, combined with techniques from aeronautical engineering such as topography and detailed traffic flows, has made it possible to generate this virtual twin. The project is led by the Stuttgart High Performance Computing Centre and has focused on creating a digitalised version of the German city’s streets and monuments. This platform visualises city data, is able to predict the emotional response of citizens to their visits and helps authorities to take measures towards the establishment of a safe tourism industry in response to critical situations such as those resulting from COVID-19.

Blog
#Technological revolution
Xenobots: a new way forward for robotics
Blog
#NFC
What is NFC and what is it used for
Blog
#5G
When will 6G arrive and what progress will it bring?