The new generations of livestock farmers drive the industry’s digitisation

In countries where livestock holdings are spread over large areas, the use of robotics and drones makes life easier for farmers. 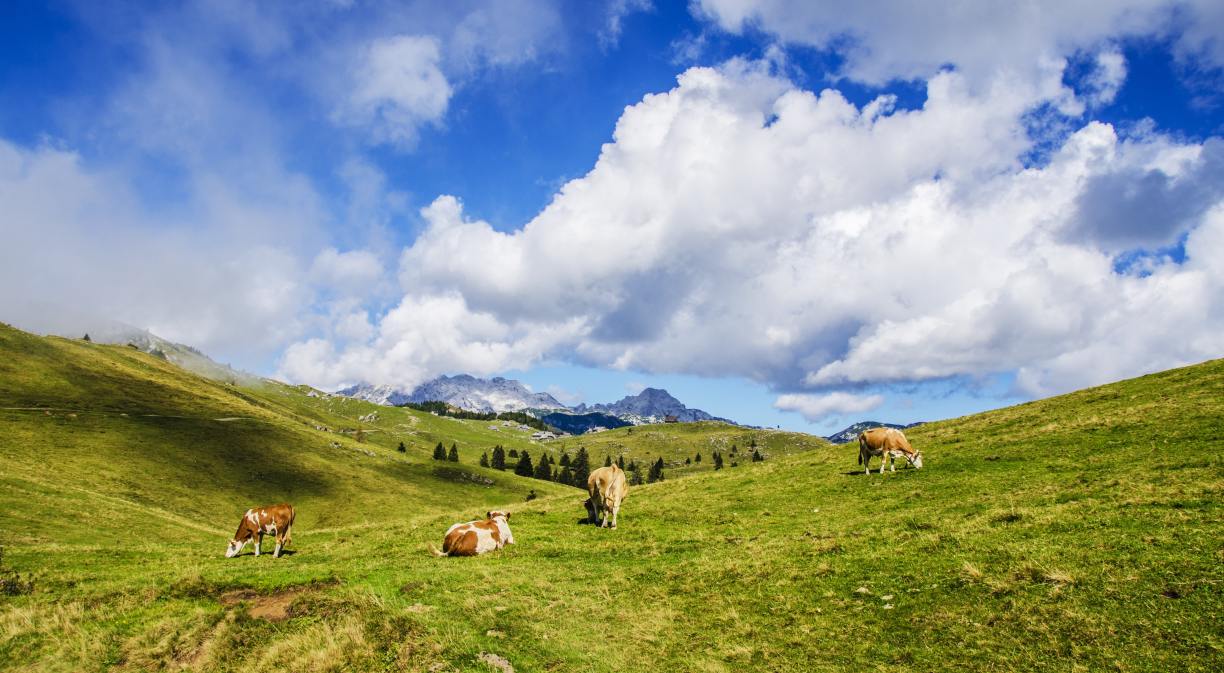 Digitisation in the livestock sector is being driven by the new generations, who see the new technologies as a tool with great potential to help them to improve the working environment and their quality of life and that of their animals.

Farming is a sector that accounts for 4.6% of Spanish GDP, hence the importance of moving towards digitisation so as not to be left behind and to attract more and more people. Benefiting from the advantages offered by the new technologies such as big data, the Internet of Things and robotics, as other productive sectors and the rest of society do, is a task that’s been carried out for some time.

This process of change is already underway. For example, in July 2021 the regional government of Castile and León presented its first specific strategic plan to digitise livestock farming and agriculture.

Under the name of the Strategy for the Promotion of Technological Development and Digitisation, the project seeks a transition from the different economic, social and environmental standpoints. It includes measures to accompany the adoption of technological innovation, as well as others such as improving remote management, which facilitates the relationship between the farmers and the public administration.

For this purpose, one of the first steps is the development of digital skills to bridge the digital divide and the creation and maintenance of the infrastructures required to access new digital tools and services which, in turn, assist entrepreneurship related to the livestock sector, such as the deployment of the 5G mobile network. These measures also extend to the agricultural and food sectors.

The programme also aims to pool the processing and use of more than 1.2 million data. Therefore, the “Sativum” mobile application has been developed to help to achieve this strategy’s objectives, namely to enable farmers in the Community of Castile and León to make decisions based on real data and access predictive models.

Data on the countryside

The use of technologies such as big data isn’t new, even though its current explosion is enhancing processes that have been in place for years. There are applications that provide information on what’s produced on each farm, whether it be milk or meat, and control each individual animal’s health, such as monitoring its diet in accordance with its age, keeping a record of its diseases and logging its vaccinations.

In countries where livestock holdings are spread over large areas, the use of robotics and drones makes life easier for farmers. Their application facilitates the supervision and control of the livestock by, for example, locating stray animals or alerting the farmer in the event that there are any sick ones. This reduces costs by minimising the use of the vehicles and personnel required to carry out these search tasks.

The Internet of Things in the new challenges

Population growth will lead to an increase in the demand for food. Therefore, as the University of Córdoba explains, precision livestock farming will become very important in the coming years. The goal is to improve the efficiency of this industry by bringing together connectivity and data analysis.

Thus, researchers José Emilio Guerrero and Francisco Maroto from the Andalusian university, together with Digitanimal, the Spanish startup, have designed an IoT-based management automation tool for extensive livestock holdings.

As the University reports, this project forms part of the initiative known as FiwareZone, promoted by the regional government of Andalusia and Telefónica, which has studied several holdings in the region by means of different devices that enable the researchers to obtain information on data such as the animals’ position, activity level and temperature.

This has allowed them to analyse the cattle’s behaviour by studying factors ranging from the distances they travel every day to the selection of their habitat and the automatic detection of calving.

The above is achieved by means of a GPS collar and a bluetooth ear tag that collect data to optimise livestock management decisions and the economic administration of the holdings.

Technologies that improve the relationship with the environment

Extensive holdings can also benefit from other factors, such as co-existence with the environment, particularly wildlife. They can do so thanks to the development of geolocation and monitoring devices.

We should highlight the recently-concluded GELOB project, coordinated by the UPA (Union of Small Farmers and Livestock Breeders) in several autonomous communities, including Galicia, Madrid, La Rioja and Castile and León.

In this case, digitisation and connectivity have been used to study the benefits that the new technologies can bring to the livestock sector. In the absence of any definitive conclusions, the UPA points to the benefits of livestock management by means of mobiles, allowing the farmers to focus on more productive tasks.

They can also obtain information on the location of the best grazing land and find out whether an animal has gone into labour, preventing any danger to its health.

Another of the preliminary conclusions to be drawn from the project is the capacity of these devices to scare off wild animals, thanks to the use of collars worn by the cattle which emit visual and sound stimuli to prevent animals such as wolves from attacking.

This project is partnered by entities such as the WWF and the F.S.P. Biodiversity Foundation and has been carried out within the framework of the 2014-2020 National Rural Development Programme.

In short, the new technologies offer livestock farmers tools that can help them to manage the resources at their disposal much better by means of data and their analysis, thus increasing animal welfare, improving their relationship with the natural area and enhancing the quality of life of those who work in the sector.