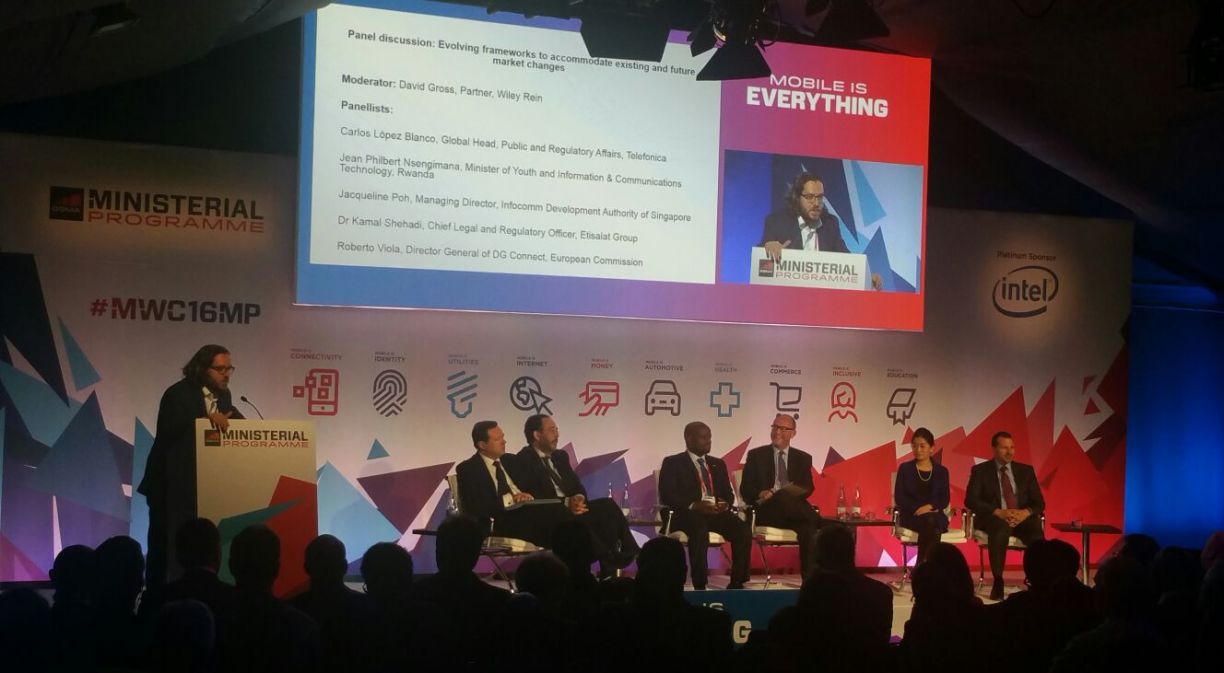 Manager of PA&R at Telefónica

Last year, inside the Mobile World Congress, GSMA included the Ministerial Programme for Governments, policymakers, regulatory Authorities and telecom companies, focused on regulatory issues. After the great success, this year again was scheduled this program, with a range of events and interactive workshops. Telefónica again participated on the session “Leadership Workshop – New Regulatory Paradigms”, with the presence of Mr. Carlos López-Blanco, Director of Public Affairs and Regulation, and also Roberto Viola, Director General of DG Connect of the European Commission and other specialists on regulatory issues, were invited.

In his participation, Mr. López-Blanco explained the views of Telefónica on New regulation, and the change of regulatory paradigms.

Mr. López-Blanco started saying that in the very last years, the telecommunications sector has dramatically changed. Traditionally, telecommunications were viewed as a stand-alone industry but now telcos had become part of a whole digital ecosystem. The proliferation of OTT services, the new ways that Internet allows in providing services like IPTV, VoIP, messaging, etc., have been one of the main drivers for the re-shaping of the new digital ecosystem.

If we take a look at the operating systems, which have become currently relevant platforms within the digital ecosystem, there are only two companies that own the 98% of the market. Mr. López-Blanco posed the audience to wonder if these companies can be currently considered the new “incumbents”, as once were qualified the main telcos.

This increasing concentration could have undesirable effects on competition and innovation, limiting, in the end, customers freedom to move from one smartphone and operating platform to another, creating “lock-in” effects, and also becoming a gatekeeper for other agents in the value chain as the device manufacturers or software companies.

This and other realities, as the lack of portability, or interoperability, the problems of security and privacy of new services, the different treatment related to taxes… are the reasons that, from Telefónica’s perspective, should bring a different regulatory framework.

Current regulation, results that telco operators compete with OTTs from a disadvantaged position due to the existing unfair level playing field.

But even more important than this, the current situation brings that every day the consumers do not have the same rights using similar services, and their protection is less guaranteed.

A level playing field must aim to guarantee a better and safer Internet experience for all. Closely linked to the consumers’ benefit, a real level playing field across the whole value chain would enable fair competition as a prerequisite for an innovative and continuously dynamic Digital Market. 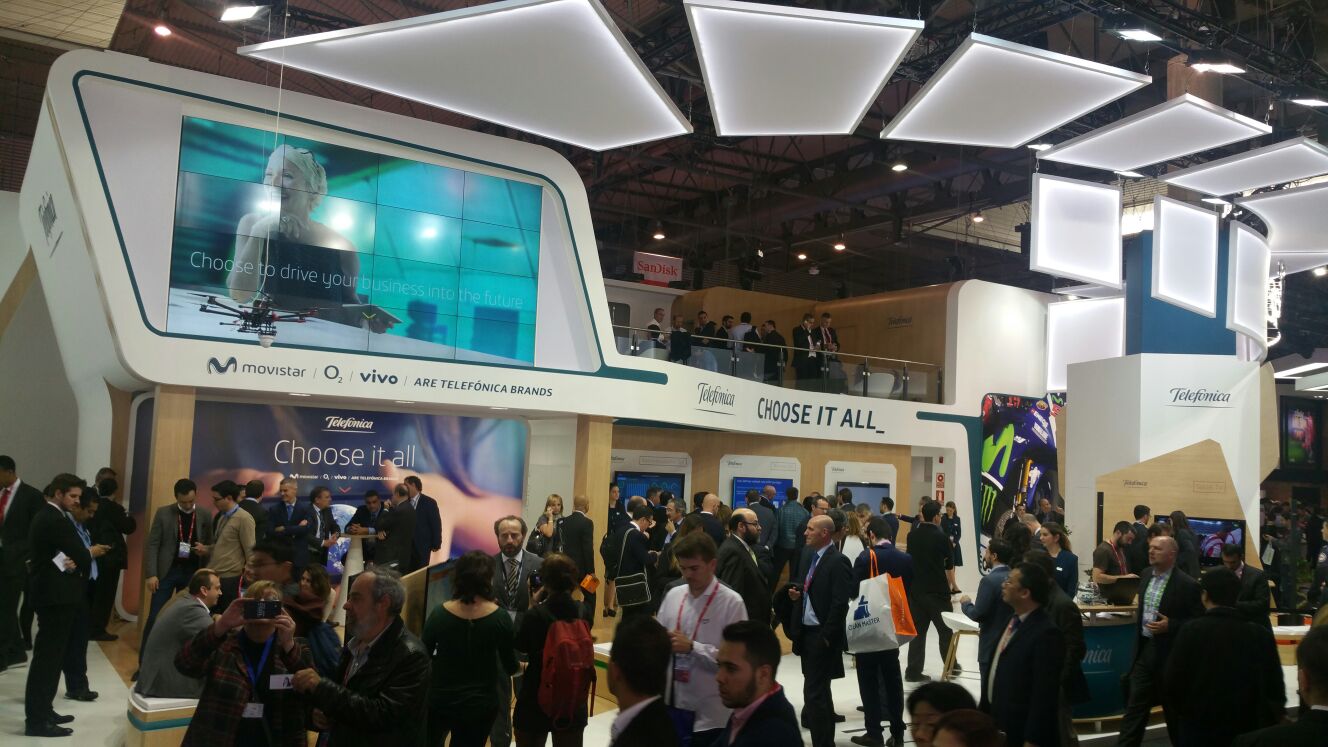 Current regulatory pressure is different in every region in the world, and we can see there are different “regulatory temperatures” in every world region. We can see that in Europe, there is a general agreement for less regulation, while, in USA it looks there is an opposite approach; an example is that just one year ago, the new regulation on network neutrality, was approved. Particularly, Telefónica thinks this boost to more regulation is also happening in Hispanoamérica, very concerning for Telefónica, where the level of regulatory intervention is growing, as we can infer from the new regulation on quality of service in Brazil and Colombia, new Regulation on mobile coverage in Argentina and Brazil or new government public networks in Peru and Mexico.

Concerning European regulatory framework review, Mr. López-Blanco stated that current framework was successful to open the telecommunication industry to new players in a time were most of the EU countries had monopolies and a unique built (cooper) network. The measures taken to foster competition, basically based on the existing legacy network, has currently led to short-term economic static competition model, burdensome overregulation, over-fragmentation, strong interventionism & regulatory micromanagement and discouraged investments in new networks, what has left a weak EU position in Internet ecosystem, innovation and growth. Fortunately, Telefónica wants to be thankful publicly to Mr. Viola and the European Commission, because of the current effort they are doing to promote the review of all these points, and also because of the good job with the consultations initiated last year, to provide insights on the industry requests and ambitions.

“But let me say that for the Regulatory Framework Review, timing becomes critical, and Europe needs political ambition and we cannot afford to postpone the necessary next steps for five or more years to improve investment conditions”, highlighted Mr. López-Blanco, presenting that till October will not start conversations with Council and Parliament.

The current reality requires new regulatory visions with simplification and removal of most ex-ante regulation (minimum intervention principle), the reinforce regulatory objectives of sustainable investment and competitiveness of industry, incentivizing investment in high speed networks and simplify the regulatory frameworks.

Mr. López-Blanco finished his participation indicating that we are living a new revolution that is affecting how we work, how we keep in touch… definitely how we live. It is needed that this new world has the best networks and technologies that make possible connect everybody and provide new services, that we are just envisioning, with the same rights and protection. We will arrive to this world if we have the courage and decision to make more investments, leaving the human mind not to be constrained by rules that favors some and discourage others. Telefónica believes the new regulatory paradigms should be based in this new world just emerging.