The Internet of Things (or IoT) is not a new concept.  For years, experts have been speaking about ubiquitous computing or environmental intelligence, concepts that... 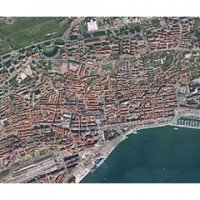 The Internet of Things (or IoT) is not a new concept.  For years, experts have been speaking about ubiquitous computing or environmental intelligence, concepts that anticipated the extension of the Internet to the physical world.  The term “Internet of Things” became popular when Kevin Ashton began working at the Auto-ID Center at MIT (Massachusetts Institute of Technology) and was quoted by the magazine Forbes: «We need an Internet of things, i.e. a standardized method so that computers can understand the real world».

Material objects take on a new digital dimension when we incorporate in them sensors that can sense the context and communicate with each other.  Thus they become smart objects.  Nowadays they are proving to be objects that are already familiar to us: from watches, wristbands or light bulbs to smart crops that know when or not to be irrigated, historic buildings that warn us whenever a wall has to be repaired or animals that are able to report their health status or tweet wherever they move.

What is moving the Internet of Things forward is mainly cheaper electronics and communications—the well-known and almighty Moore’s Law. Prices of micro-electromechanical systems (MEMS) have dropped by 80% over the past five years whereas sales of sensors have increased at an annual rate of 70% since 2010. Creating smart objects is becoming increasingly easy.  Arduino has become a very popular platform for prototyping and is managing to make a name for itself in the education system. The number of hacker spaces and accelerators for companies based on hardware has increased dramatically over the past five years.

However the development of Internet of Things still poses significant challenges, such as security and privacy risks or the lack of fully accepted standards, which means that there is still a huge fragmentation in the connectivity protocols that devices and applications are using.  However, the greatest challenges are surely in the creation of new products and services and the business models that make them viable.  Like all technologies, the Internet of Things is an enabler. Its widespread adoption will go from the hand of developing solutions for the real issues involving people or companies.  A wristband that measures our activity can turn out to be a very attractive novelty, but if we do not find its use practical, it will end up being an anecdote or even worse a nuisance.

Luckily, for the Internet of Things, there is no lack of problems within our society and our economy that generate a significant demand for innovative solutions. Cities concentrate many of these problems as well as many of those that affect our personal experience in a more direct way.  Large cities are currently the driving force behind the economy.  They have now become very complex and dynamic environments where the majority of the population is increasingly concentrated and which attract the largest investments. It is estimated that by the year 2020 the market for Smart Cities will reach 315,000 million euro.  The European Union also understands this and, therefore, will be increasing ten-fold the investments intended for cities in its new R&D program, Horizon 2020, to reach 18,000 million euro.

Cities such as Santander have already taken the initial steps.  The capital of Cantabria (Spain) has managed to place itself in the international technological vanguard in the development of the concept of Smart City.  12,000 fixed and mobile sensors located in strategic areas – lanterns, paper mills, municipal buildings and vehicles, among others –that are enabling the impact of Internet of Things on traffic, reduction of emissions, improved civic participation, reducing time to resolve incidents in the city or providing better information for urban planning to be tested and quantified.

Experiences such as that in Santander are essential for tackling the next stage in the development of smart cities: extending the scope of existing experiences to an entire city and replicating successful models in different cities.

Francisco Jariego is Director of Industrial Internet of Things (IoT) at Telefónica R+D.