The Internet of Things- The next step ahead of the Internet

The future of the Internet has become a popular topic of conversation within the D.C. corridors, but this should not be surprising, since stakeholders at both an industry and policy level know... 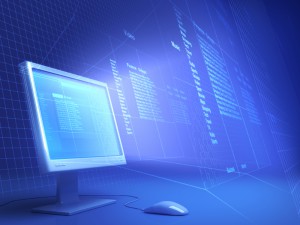 The future of the Internet has become a popular topic of conversation within the D.C. corridors, but this should not be surprising, since stakeholders at both an industry and policy level know that the ICT revolution has only just begun. Just last week, Politico Pro hosted and event, during which Tech leaders like Rob Lloyd, President, Cisco Systems; Mark Norman, President, Zipcar; and Former Sen. John Sununu, Co-chair, inSPIRE STEM USA Coalition shared their opinions about the challenges and opportunities that policymakers and entrepreneurs will face with increasing digital connection to everyday devices.

The so-called “internet of things” (IoT) has mainly focused on the communications sector; however, there are other sectors in which Internet connectivity could significantly improve the customer experience. According to a study made by Cisco, “the Internet now connects anywhere from 10 billion to 15 billion devices.” If this seems significant, it is worth pointing out that less than 1 percent of things are connected to the Internet today, so the goal should be to take advantage of the 99 percent of the things that lack connectivity. Another interesting study comes from the McKinsey Global Institute that shows twelve potentially economically disruptive technologies. Of the twelve mentioned, mobile Internet technology still ranks number one, followed very closely by “the Internet of things” and cloud technologies. Furthermore, this study estimates that, “by 2025, the (IoT) will bring between $2.7 trillion to $6.2 trillion annually to the table.”

But what are the ingredients that need to be brought into the equation to make this happen?  The response is very simple; the “internet of things” needs to involve all sectors, including policymakers, who play a key role.  The ICT revolution is just that, “a revolution,” meaning that the (IoT) will be highly disruptive for both the economy and social norms. As Senator Sununu said last week “the Internet is disrupting old business models by its dynamic nature”…“So competition in these new business models makes policy makers in Washington very uncomfortable, since they have very little experience with it.” “The big challenge for Washington is to understand when they can and cannot be helpful in that process.” Government can play an important role in the social changes resulting from this revolution by creating a hospitable regulatory environment, and a smart tax policy. But education is also a key element, and, as Lloyd and Norman pointed out, universities in the US have played an important role by hosting tech hubs. An additional important step forward would include the implementation of an immigration reform that brings qualified labor into the equation.

Finally, we should not forget that privacy and security implications of (IoT) are going to be more profound. As Mayor Alex Torpey, South Orange, N.J. emphasized, digital connection to everyday devices remains a largely unregulated market. And government will eventually need to engage.” However, governments should be responsible when engaging in these regulatory issues.

In sum, while the benefits associated with the future of the Internet will be enormous, privacy and security issues remain center stage. Thus, the need to be guided by adaptive policies that respond at the same time to these concerns will be a key element of success. As Sununu said “privacy issues are always going to result in a push back and therefore, the transparency question is going to be the dominant question”. Furthermore, as Norman pointed out “when asking consumers to share information in exchange for more connectivity, confidence and trust will be key elements.” The need to come up with a regulatory system that gives room for innovation and at the same time ensures consumer protection is a key element for success.