Internet is more global than ever!

Since October 1st the Internet Assigned Numbers Authority functions are oversight by the multistakeholder community after US Government has ceased its privileged oversight role. This is... 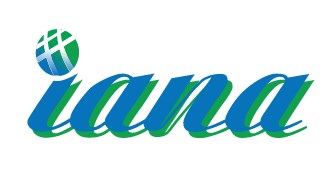 Since October 1st the Internet Assigned Numbers Authority functions are oversight by the multistakeholder community after US Government has ceased its privileged oversight role. This is a major milestone for the Internet.

From now on, the Internet Corporation for Assigned Names and Numbers (ICANN) accountability will rely upon the multistakeholder community, who by taking over this role, oversight will take place on equalitarian basis by all and within stakeholder groups: governments, private sector, civil society and academia and technical community.

This transition process was defined and approved by the multistakeholder community in what has been named the “Marrakesh Consensus“. Indeed, USA’s National Telecommunication & Information Administration (NTIA) had already given green light to this transition favoring the development of a more open and global Internet.

Let us go in depth to the background of IANA transition. From 1988 to 1998, the IANA was under the management of two people: its founders Jon Postel and Joyce Reynolds. When Postel died, the US Department of Commerce created ICANN, with the aim to manage the register. The initiative had the support of organizations like the Association of Internet, which represented the most relevant parties at that time.  The US administration avoided the direct control of governments by implementing a multi stakeholder model.  However, it reserved for itself a veto power on ICANN’s decisions as a safeguard over a model that had never been tested before.

In March 2014 the US Administration announced its intention to give up its oversight role over the Internet –its veto power over ICANN- fully transferring the oversight of the IANA functions to the multistakeholder community if certain criteria was met. This process has now been completed and all criteria defined at the time of the announcement met, as NTIA has duly acknowledged.

Telefónica together with many other stakeholders has fully supported this process. The list of those explicitly supporting the transition is long: relevant Internet personalities  and organizations, such as Vint Cerf,  Internet Society, Internet Infrastructure Coalition, American Registry for Internet Numbers, The Domain Name Association; US and non-US private sector companies and associations, Google, Amazon, Twitter, Yahoo, Amazon, Cloudfare, International Chamber of Commerce; civil society,  think-tanks and NGOs such as Center for Democracy and Technology, Huma Rights Watch, Open Technology Institute, the Global Commission on Internet Governance, Public Knowledge;  technical community such as Internet Architecture Board; and even US administrative and governing bodies such as the US Senate and the U.S. Chamber of Commerce.

October 1st represents the beginning of a new stage of governance of the Internet in its technical aspect. The successful IANA transition shows that the global governance model of the Internet based on multistakeholder model works. This is good news.