When you think of Spanish cuisine, one of the first names that comes to mind is that of Ferran Adrià, one of the world's most renowned chefs and the creator of new techniques that are now common practice in kitchens all over the world. 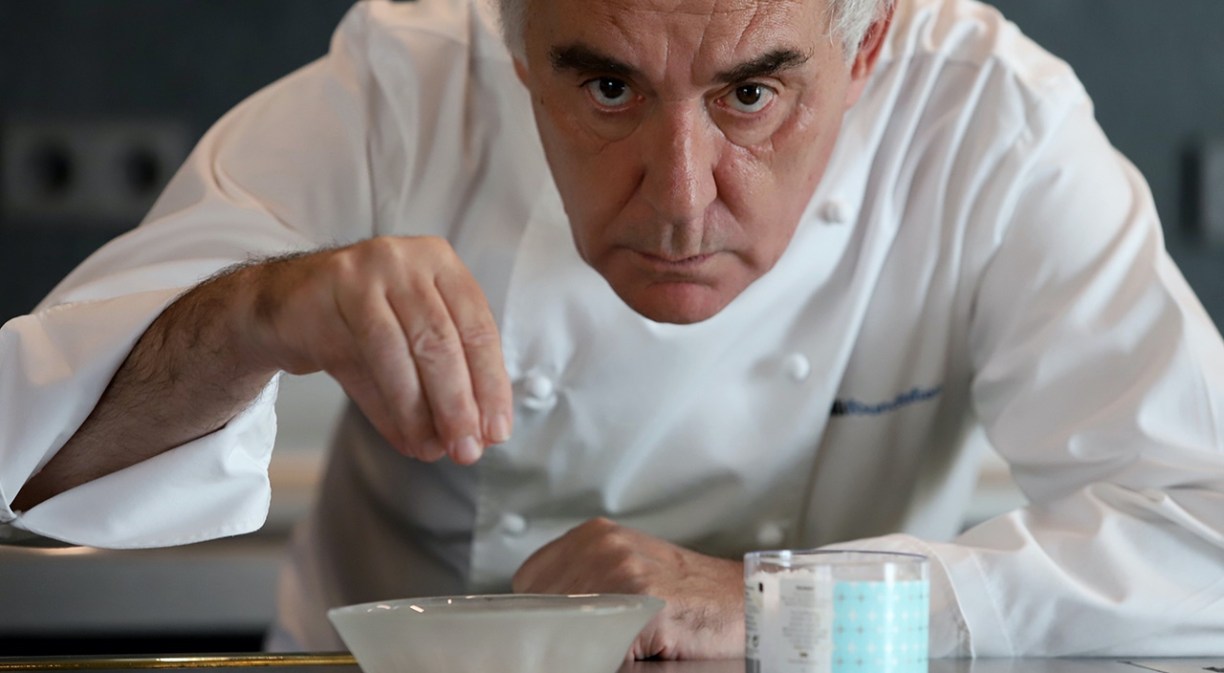 The Catalan chef’s presence goes beyond the kitchens of his equally famous restaurant, elBulli, which closed its doors to the public in 2011. His influence extends as far as universities, bookshelves, art exhibitions and research laboratories, making Adrià one of the greatest exponents of the paradigm shift in the gastronomic world, where the chef plays a leading role both inside and outside the kitchen.

The birth of a global icon

Adrià joined the elBulli kitchens in 1983 on the recommendation of a colleague from his military service. At the time, he did not even know the restaurant, but after spending a month of service there, he eventually agreed to join the staff.

Shortly after his arrival, he found himself as head chef due to the departure of Jean-Paul Vinay, who held the position upon his arrival. The rest is history. An unstoppable rise during which he began investigating ways of innovating in the kitchen and which led him to become one of the great ambassadors of Spanish gastronomy.

The man from Hospitalet de Llobregat transformed elBulli into the heart of culinary innovation and made closing the restaurant for 6 months – from 1 October to 1 April – one of its hallmarks. During this time, he would focus on creative work. Since he took over the kitchen, Adrià has been interested in visiting the most prestigious restaurants in the world, especially in the Mediterranean area, to learn from the best.

The Spanish chef is responsible for avant-garde cooking techniques that are now common to the majority of the population, such as foams, spherification and the incorporation of liquid nitrogen. Another of Adrià’s inventions has its origins in the world of art, a source of inspiration for deconstructions, which consist of transforming the usual texture and shape of ingredients without them losing their flavour.

This tireless innovative attitude led elBulli to achieving the three stars of the Michelin Guide, the highest recognition of one of the most prestigious culinary references, and to be considered by The Restaurant Magazine as the best restaurant in the world in 2002, 2006, 2007, 2008 and 2009.

But Adrià’s influence is not confined to the kitchen. Doctor Honoris Causa from the University of Barcelona (2007), Aberdeen (2008) and the Polytechnic University of Valencia (2010), he became the first chef to obtain this recognition. He also managed to bring cuisine to universities, following the creation of the Ferran Adrià Chair of Gastronomic Culture and Food Science by the Camilo José Cela University in 2005.

He was the cover of international media such as El País, Le Monde, and The New York Times, and Time magazine even included him in its list of the 100 most influential people in the world. ElBulli was also part of an artistic exhibition, when it became pavilion G of the Documenta 12 contemporary art exhibition in 2007, as an invitation to reflect on how cooking is an artistic expression not fit for museums.

The chef, accustomed to wowing the masses with his inventions, went a step further by announcing the closure of his restaurant in 2011. Since then, elBulli went from being one of the most famous and sought-after restaurants in the world to being a secret research centre, and Adrià began to focus on the brand’s other projects.

ElBulli1846 is a research, experimentation and exhibition laboratory where participants (especially SMEs) will be able to generate knowledge based on innovation that they can then incorporate as a working tool.

elBullifoundation, the foundation in charge of protecting the restaurant’s legacy, stores audiovisual and photographic material and promotes the innovation and creativity that characterises it. In addition, it has undertaken the altruistic task of sharing this knowledge with SMEs and micro-enterprises on order to advise them and give them a boost.

LABulligrafía, the restaurant’s historical archive, which will see the light of day in the form of an art exhibition, is another way of preserving the restaurant’s heritage and expanding beyond the kitchen and towards art.

Adrià’s passion for surpassing himself and continually reinventing himself has made him alluring for brands that share those values.

Since 2010, with Telefónica, the best chef in the world has given nearly 500 conferences in which the main focus has been on innovation as a transforming element of both culinary techniques and projects such as ‘elBullifoundation’ as well as all the initiatives in which Adrià and the company have collaborated together.

Currently, Adrià is also part of the Better Connected a platform to make the talent of well-known figures visible and put them in contact with ordinary citizens, so that they can see themselves as capable of achieving their goals.

As the protagonist and author of several books, the chef has also been present on screen, whether it be in the form of parodies in comedy programmes or as a dubbing artist for Disney’s Ratatouille. To this we must add the documentary ‘Las huellas de elBulli’, it takes a look at the career of someone who is undoubtedly one of the great architects of the modernisation of cuisine.

News
#Metaverse
The energy sector in the metaverse, the future of energy
News
#Security
Technology to prevent home burglaries
Blog
#Jobs
The most in-demand digital skills in the labour market