We have recently seen some debates surging around policy models in USA and Europe. Recently Luigi Gambardella, ETNO executive chair, said the European sector wants to invest in infrastructure and...

We have recently seen some debates surging around policy models in USA and Europe. Recently Luigi Gambardella, ETNO executive chair, said the European sector wants to invest in infrastructure and modernization, but needs the right conditions to do so, knowing that investors can get a return on what they put in.

In the previous post we were comparing European and American Regulatory models and policy objectives. In this post we will see how Europe is lagging further and further behind USA and many countries in Asia. 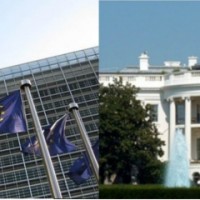 Europe is lagging behind in LTE coverage, but it is catching up. Still there are big differences among European countries.

Europe is clearly behind in LTE uptake or adoption rate. As in deployment, big differences appear among European countries.

This digital gap in infrastructures is not caused by a lack of willingness of the European industry to invest revenues: USA and Europe have similar investment/income ratios.

3)      Differences in use of innovation & technologies

American users enjoy better speeds than European, so much in fixed as in mobile communications. Still there are big differences among European countries.

In fixed the average data consumption is over 50Gb/user/month, more than doubling European.

Consumers are spending more time on tablets/mobile devices than on desktops or laptops.

Users consume applications different ways in fixed and mobile and Europe vs USA. In USA Real-Time entertainment dominates, particularly due to Netflix use, at present almost nonexistent in Europe.

Video is being a real game-changer, and peer-to-peer in Asia…

A) Europe is the only region in the world decreasing revenues.

There is a negative outlook on European telecom revenues despite strong traffic increase which reveals a structural problem in Europe.

B) Europe is a crowded space and very fragmented, compared to its peer

Europe has 5 times more fixed networks than USA and more than 10 times more mobile networks. And even more service providers ! There have been big consolidation movements in the USA and less in Europe

Europe is losing leadership in Digital Industry. Return on invested capital is falling behind in TELCO industry. Europe has no presence in the Internet Service Business. TELCO sector contribution to ICT growth is falling in Europe.

To stay ahead of consumer demands, network and infrastructure investments will be crucial to the ongoing growth and innovation of the global digital economy. As we have seen the situation in Europe is not very encouraging compared to the USA. A real change in policy is needed to go from diagnosis to delivery.

USA was in a similar situation in 2002, and it was able to successfully solve the crossroad. Europe has the conditions to also overcome the challenge, but political will is needed. It is time to face the change and deliver!