Broadband for all: the right Rubik´s cube to achieve

Last week, I attended in Budapest the interesting Conference organised by the Hungarian Regulator, the National Media and Infocommunications Authority ( NMHH ), untitled “ All for... 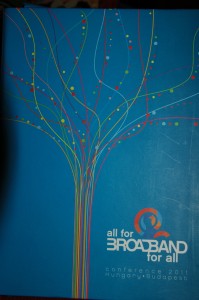 Last week, I attended in Budapest the interesting Conference organised by the Hungarian Regulator, the National Media and Infocommunications Authority (NMHH), untitled “All for Broadband-Broadband for all”. This event was part of the Hungarian Presidency of the European Union Agenda, which is taking place during the first semester of 2011.

At this event, the Regulator and the Hungarian Minister of InfoCommunications, Mr. Zsolt Nytrai, gave an overview of the main objectives for the semester in the electronic communications area. Meanwhile, the European Commission, represented by Mr. Bernt Langeheine, did not announce anything new on the well-know Broadband package, apart the mention of a future workshop to be held in Brussels in March 23rd with EU Member States on their national broadband plans. After the opening words of the Hungarian representatives and the European Commission, there were 3 different sessions related to Broadband.

The first session was dedicated to the role of public intervention in the Broadband development, with several European examples. Mr. Georg Serentschy, vice chair of BEREC and Head of the Austrian regulator RTR was the first speaker. He presented the Austrian case and more specifically the solution adopted in this market and the specific remedies imposed after the market analysis. Deutsche Telekom presented its perspective explaining that the combination of several technologies, fixed and mobile, is key to assure the success of broadband and to reach “the gigabit society” in Europe. The Lithuanian representative explained the RAIN project for the deployment of new infrastructures through a plan based on state aids approved by the European Commission. We also had by Fastweb an overview of the co-investment model applied in Italy and the perspective of a cable operator like LibertyGlobal on broadband development. From the other side of the Atlantic, we had a representative of the FCC, Mindel de la Torre, who explained the National Broadband Plan in the United States and its main objectives for 2020 with a target of at least 100 Mbps for download speed and 50 Mbps for upload speed in 100m US homes.

The second session focussed on the role of content in Broadband Deployment. We had interesting interventions from Cisco, presenting its third global study on Broadband quality, ranking countries and also cities showing their readiness for the Internet of the future. The study also shows that Broadband quality is directly linked to a nation’s advancement as a knowledge economy.

The Gartner representative demonstrated that due to the mobile data use explosion, mobile operators are facing some challenges and that some solutions must be achieved such as the creation of an adequate environment to speed up mobile data investments, the urgent need of spectrum availability and network sharing agreements, amongst other options.

Unfortunately Andrea Renda was not able to present the CEPS perspective on Net Neutrality as he was ill. Skype underlined the need for a harmonised and single market for Europe and AT&T presented the potential future applications and the perspective from an integrated service provider.

We also missed during this session  some additional interventions about other relevant topics related to content such as the IPR debate or data privacy issues but also on the use of these contents from the demand perspective.

Spectrum policy was the subject of the third and last session of this event, reviewing the European Radio Spectrum Policy Group work programme for 2011 and also the European Commission  Radio Spectrum Policy Programme proposal. Ofcom gave an overview of the spectrum policy priorities in the UK, announcing a public consultation at the end of March on the release of the 800MHz and 2.6GHz bands. The European Broadcasting Union raised the issue of the need of spectrum for broadcasters in the UHF band. Closing the event, Telenor Hungary highlighted mobile broadband as part of the solution for broadband in Europe. He also depicted the reality of mobile data use and the decoupling existing between revenues and traffic volumes, asking for an urgent need of frequencies to support network capacity and lower frequencies to increase coverage in rural areas but at the same time to increment the in-building penetration.

For more details, you can find the presentations of the event here. Some of the speeches will be uploaded at the Youtube channel of the NHMM here.

As a conclusion, I would say that if one of the main objectives of the EU Digital Agenda is to make broadband access broadly available, numerous and various are the challenges. The examples and the variety of possibilities provided during the conference show that one size does not fit to all and that there are many ways to tackle broadband development round Europe. 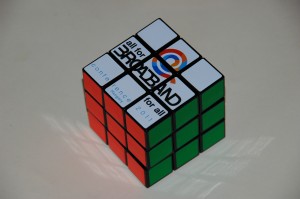 The Rubik´s cube offered during the conference as a gift to every participant is a great image applicable for Broadband development in Europe. Europe has all the items to be successful in Broadband development for the future, but the key is how to associate and foster in the right way all the different elements in order to avoid to get a unassembled patchwork. An inadequate management of potential options and solutions has the serious risk to make Europe loose the Broadband train for the future.

We need to guarantee  a clear framework for Broadband future in Europe. Efforts must be done by all the stakeholders, that is for sure, to create the best policy and regulatory framework for private investments in broadband development, for supporting broadband demand and decrease the current obstacles existing for fixed and mobile broadband development. But we also need to establish innovative ways of financiation for broadband deployment, assuring a sustainable, a fruitful and a long-term competition in the electronic communications market.

What would be in your opinion the key elements to achieve an adequate policy for Broadband development in Europe? How do you think the different elements such as deployment of broadband networks, role of public authorities, spectrum policy, content related issues should be combined and assembled to get the right Rubik´s cube for Broadband in Europe in the future? What are the potential dangers we should irremediably avoid?