Telefónica increases its investment in R&D by 6% to 1,111 million euros

- With this level of investment Telefónica R&D is a major market player in areas such as the Internet of Things, Big Data and next-generation networks. 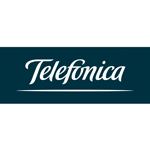 Madrid, 30 March 2015 – For yet another year, Telefónica has increased its investment in innovation and development with the aim of staying at the cutting edge of technology and transforming into “digital telco”.  Telefónica invested more than 1,111 million euros in 2014 compared to the 1,046 million that is spent a year ago. This represents a 6% increase.

This growth is also evident with regard to R&D&I (Research, Development and Innovation), in which Telefónica increased its investment by 13.5% to 6,973 million euros in 2014, compared to the 6,142 million invested in 2013.

Telefónica R&D is Telefónica’s product factory. Its engineers and designers are responsible for the development of some of the most ground-breaking products that Telefónica offers to its clients around the world.  This includes the likes of Thinking Things (the first plug and play approximation for the Internet of Things); Click&Pizza (the first consumer IoT button, launched together with Telepizza); Firefox Hello, a service for making free video calls and TU Go, an application that enables the user to have the core functionality of their phone across all devices (PC, tablets) and to communicate via a data connection.  In addition, Telefónica R&D continues to be a leading provider of OTT video services in a considerable number of countries in Latin America and Europe.

With regards to future-proofing Telefónica’s networks, Telefónica R&D has strengthened its leadership with regards to network virtualisation following the creation of an NFV Reference Lab. Telefónica R&D has also been spearheading Telefónica’s commitment to the transparency of user Internet data with initiatives such as the Data Transparency Lab while collaborating with others e in the sector such as the Spanish Network of Design Associations where it is working with to improve product design.