Shortfall of defence development for the IoT means businesses are sleepwalking into unknown danger, according to expert report

Scope and scale of Internet of Things in hyper-connected society creates far-reaching security risks for individuals, organisations and states. The approach to safeguarding against the... 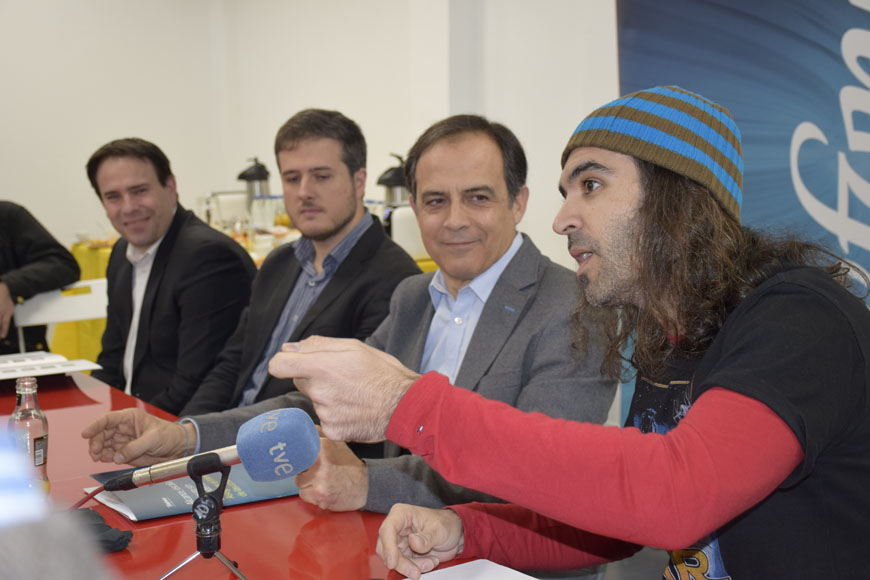 Madrid, January 28, 2016.-The increasing prevalence of the Internet of Things (IoT) in modern society presents significant opportunities for individuals, companies and states to have more control over their technology, and greater access to information, than ever before. Yet, the approach to safeguarding against the threat of cybersecurity is lagging behind the rate of development, according to a new report released today by Telefónica, one of the largest telecommunications companies in the world.

Entitled ‘Scope, scale and risk like never before: Securing the Internet of Things’, the report finds that the almost infinite benefits of IoT in a hyper-connected society must be counterbalanced by caution to avoid the catastrophic risks posed by cyberattacks.

“There’s lots of focus on the innovation opportunities around IoT – however there has been relatively little on its dark underbelly to date,” comments John Moor, Director of The Internet of Things Security Foundation. “If we are not careful we could be sleepwalking into a lot of problems – some of which may not have been seen before.”

Developed by Telefónica’s cybersecurity and IoT divisions, in association with a range of partner organisations operating in the field of cybersecurity including the CICTE (Inter-American Committee against Terrorism of the Organization of American States), NMI (National Microelectronics Institute), Network Planning and Mobile Comms Group – University of Cantabria, Future Technologies Kapersky Lab, SIGFOX, and Intel Corporation Iberia, the report advocates building consistent standards and regulations, allied with greater trust between developers and operators, promoting  universal understanding of cybersecurity to create a robust defence against ever-present threats.

“It’s not just about the privacy of our own data, or the security of our digital identities,” said Chema Alonso, CEO of  ElevenPaths, Telefónica’s cybersecurity unit. “In the next few years our lives will be surrounded by devices connected to the Internet that will digitalise every step we take, convert our daily activities into information, distribute any interaction throughout the network and interact with us according to this information. Never before has what we do in our physical lives been closer to the digital world. It is precisely the blurring of the line between the digital world and the real world that represents the changes introduced by the IoT.  Let’s understand the problem before it’s too late, and guarantee we are able to offer a complete protection plan, taking advantage of all the knowledge that has been developed for other scopes.”

“IoT is fast outpacing laws needed to regulate and standardise security measures,” says Belisario Contreras, Program Manager for the Inter-American Committee Against Terrorism at the Organization of American States. “This speed of development is also affecting compatibility issues as the security measures for some devices and/or platforms may not be compatible with others as newer versions are released.”

“The future of IoT is unwritten, but only through collaboration and insight can we achieve a secure foundation,” Alonso concluded.

More information and access to the full report here.

Telefónica is one of the largest telecommunications companies in the world by market capitalization and number of customers with a comprehensive offering and quality of connectivity that is delivered over world class fixed, mobile and broadband networks. As a growing company it prides itself on providing a differential experience based both on its corporate values and a public position that defends customer interests.  The company has a significant presence in 21 countries and a customer base of over 327 million accesses around the world.

Telefónica has a strong presence in Spain, Europe and Latin America, where the company focuses an important part of its growth strategy.   Telefónica is a 100% listed company, with more than 1.5 million direct shareholders. Its share capital currently comprises 4.864.341. 251 ordinary shares traded on the Spanish Stock Market and on those in London, New York, Lima, and Buenos Aires.

At ElevenPaths we believe in the idea of challenging the current state of security, a feature that should always be present in technology. We continually rethink the relationship between security and people with the aim of creating innovative products that are capable of transforming the concept of security, so we are always one step ahead of our attackers, who are increasingly present in our digital life.