• The Asociación Multisectorial de Mujeres Directivas y Empresarias (AMMDE) values María Jesús Almazor to the 'Professional Career', the road she has travelled, as well as her ability to inspire other women to advance and improve in the development of their own careers.
• At the awards ceremony, Verónica Pascual Boé, member of the Board of Directors of Telefónica and of the Telefónica Tech Advisory Board, was also awarded the AMMDE Stem de Innovación 2022 private sector award for 'Woman of Reference'. 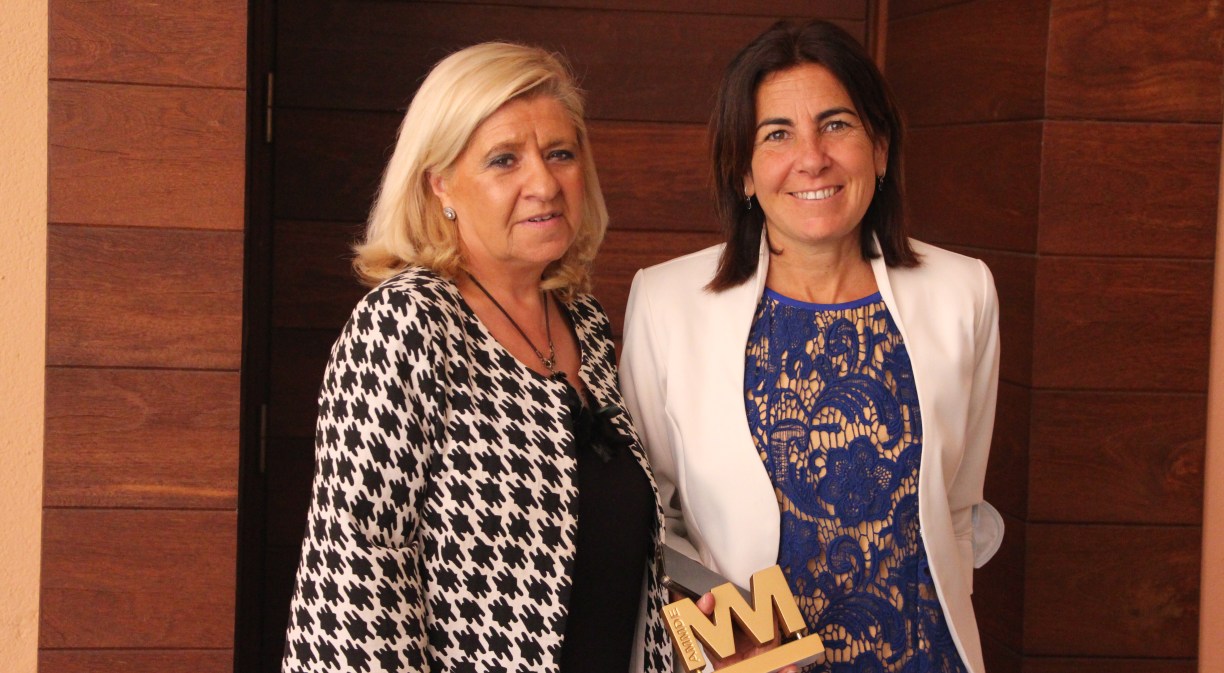 María Jesús Almazor, CEO of Cybersecurity and Cloud at Telefónica Tech, and Verónica Pascual Boé, member of the Board of Directors of Telefónica and of the Advisory Board of Telefónica Tech, have been awarded this Tuesday in the category of Innovation Stem 2022 for ‘Professional Career’ and with the AMMDE Innovation Stem 2022 private sector award as ‘Woman of Reference’, respectively, by the Multisectorial Association of Women Executives and Entrepreneurs (AMMDE).

The AMMDE awards seek to recognise and make visible the work of women who contribute, from their field of activity to full and effective gender equality, and who are a reference and inspiration for other women and for society in general. For the ‘Professional Career’ category, the candidates are valued for their achievements, the path they have travelled and their particularly outstanding facets in the socio-labour field, as well as their opportunities for professional promotion and their ability to inspire other women to advance and improve in the development of their own careers.

María Jesús Almazor studied Telecommunications Engineering at the Polytechnic University of Catalonia and has spent her working life within the Telefónica Group. She started in 1994 as a radio network optimiser at Telefónica Móviles España, going through different positions, such as Director of Operations of the Northern Territory of Telefónica España or Territorial Director of the Southern Territory until 2018, when she was appointed CEO of Telefónica España. In April 2021 she was appointed CEO of Telefónica Cibersecurity and Cloud at Telefónica Tech, where she is leading the Telefónica Group’s project in the cybersecurity and cloud businesses.

María Jesús Almazor, CEO of Cybersecurity and Cloud at Telefónica Tech, said on receiving the award: “This award belongs to all the people at Telefónica, because without them I wouldn’t be here today.”

Additionally, Verónica Pascual Boé, member of the Board of Directors of Telefónica and of the Advisory Board of Telefónica Tech, has been awarded the Stem de Innovación 2022 private sector prize as a ‘Woman of Reference’. For her election, AMMDE has valued the degree of knowledge about her activity, her ability to influence her sector and be a role model for other women, as well as overcoming obstacles and the projects carried out that have had a greater impact.

The AMMDE Association is made up of women who represent the very diversity of the managerial, professional and business world, with a broad group of members belonging to different economic sectors, from family businesses to large multinationals and public administrations. They seek to achieve a greater presence of female business leadership; not only defending the interests of women, but also being aware that the contribution of women is key to building a more social, diverse, inclusive and sustainable economy.