Why do we need Smart Cities?

In 1949, the United Nations determined that the World Town Planning Day would be commemorated every 8th November in order to acknowledge and promote the role of planning in creating...

In 1949, the United Nations determined that the World Town Planning Day would be commemorated every 8th November in order to acknowledge and promote the role of planning in creating sustainable communities. On that very date, the world rural population surpassed the world urban population. However, the 21st century is becoming known as the century of cities. According to the United Nations, already in July 2007, the urban population surpassed the rural population in the world. Moreover, this proportion is expected to increase dramatically in the coming years to the point that by 2050, almost 70% of the world population will be urban and many cities will have over 10 million inhabitants.  It is estimated that by 2025 in China alone, there will be 221 cities in excess of 10 million inhabitants.  Europe currently has 35 such cities.

Cities have a major impact on the economic and social development of nations.  They are genuine platforms where people live, where companies have their business and in which numerous services are provided.  What’s more, they are major centers of consumption of resources. Currently, cities consume 75% of the world’s resources and energy and generate 80% of greenhouse gases, occupying only 2% of the world’s territory.  For these reasons, the World Town Planning Day is becoming an increasingly important date each year and is currently celebrated in over 30 countries on four continents.

Without a doubt, this evolution raises a very important change with regard to the deployment and management of all types of infrastructures within cities.  Therefore, this fact must be taken into account by public policies that are being developed locally in the coming years.

Given a scenario that shows an urban environment with a growing demand for efficiency and resources, public administrations have to consider an evolution in the management models of cities.  To do this, the use of information and communication technologies (ICT) is essential.  This has been translated as the Smart City concept which, with its services, is moving forward to what has now become known as the Internet of things and itself the Internet of the future.

We define a Smart City as a city which uses information and communication technologies so that its critical infrastructure as well as its components and public services provided are more interactive, efficient and so that citizens can be made more aware of them.

Savings in the provision of services with the framework of a Smart City:

In a broader definition, a city can be considered as “smart”, whenever investments in human and social capital, and in communication infrastructure, specifically encourage sustainable economic development and a higher quality of life, with judicious management of natural resources through participatory government.

The Smart City itself becomes a genuine digital platform that maximizes the economy, society, environment and welfare of cities and facilitates the shift towards more sustainable behavior among all stakeholders: users, companies and administration. It also seeks to maximize public budgets specifically owing to the improvement of the processes of the city themselves and its inhabitants. On the other hand, it enables new business models, thus constituting an excellent platform for innovation in their environment.

Sources of Value of a Smart City:

•Increases efficiency and quality of services:  it makes it possible to manage resources more efficiently and improve the quality of the services provided

•Provides support in decision-making:  facilitates the identification of the needs of the city and the approach for new services to provide them with support

•Provides information in real time:  enhances the awareness of citizens about the environment in which they live by providing information that flows in real time and, at the same time, improves the transparency of the administration.

From a descriptive point of view, a Smart City is an urban space with infrastructures, networks, and intelligent networks and platforms, with millions of sensors and actuators, among which people themselves and their mobile telephones must also be included. A space that is able to listen and understand what is happening in the city and make better decisions and provide appropriate information and services to its inhabitants. Furthermore, the use of advanced analytical techniques in real time is what allows you to create a kind of awareness and understanding about the city which undoubtedly improves the services being provided.

There are many types of initiatives that are part of a global Smart City project.  The axes which they usually involve have to do with:

An example of application in the area of mobility.  Transit system in Barcelona The future of Smart Cities

However, the ideal objective of a Smart City must be to have a holistic vision of the city that allows services to be deployed based on priorities without the need for having silos of information that jeopardize the future development of the Smart City and its services.

Many of these services that are already moving the future digital world forward specifically acquire the necessary critical mass for deployment within the context of the Smart City.  Furthermore, to exchange information from different management areas of the city in real time (or nearly real time) is something that can only be done within the framework of a Smart City.  This gives it a special value, which favors this qualitative jump in the way cities are being managed that will make it necessary in the coming years.

This post is a summary of the special report on trends pertaining to the project involving the report entitled “The Information Society in Spain” drafted by Telefónica Foundation. 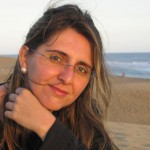