What’s a start-up? What are its characteristics? How is it financed?

The term “start-up” has entered our personal dictionary within a very short time, just as quickly as the new technologies and digitalisation have changed our vision and perception of things in all areas of life, including the way of creating a company, of which start-ups are an example, by bringing together technology and entrepreneurship. 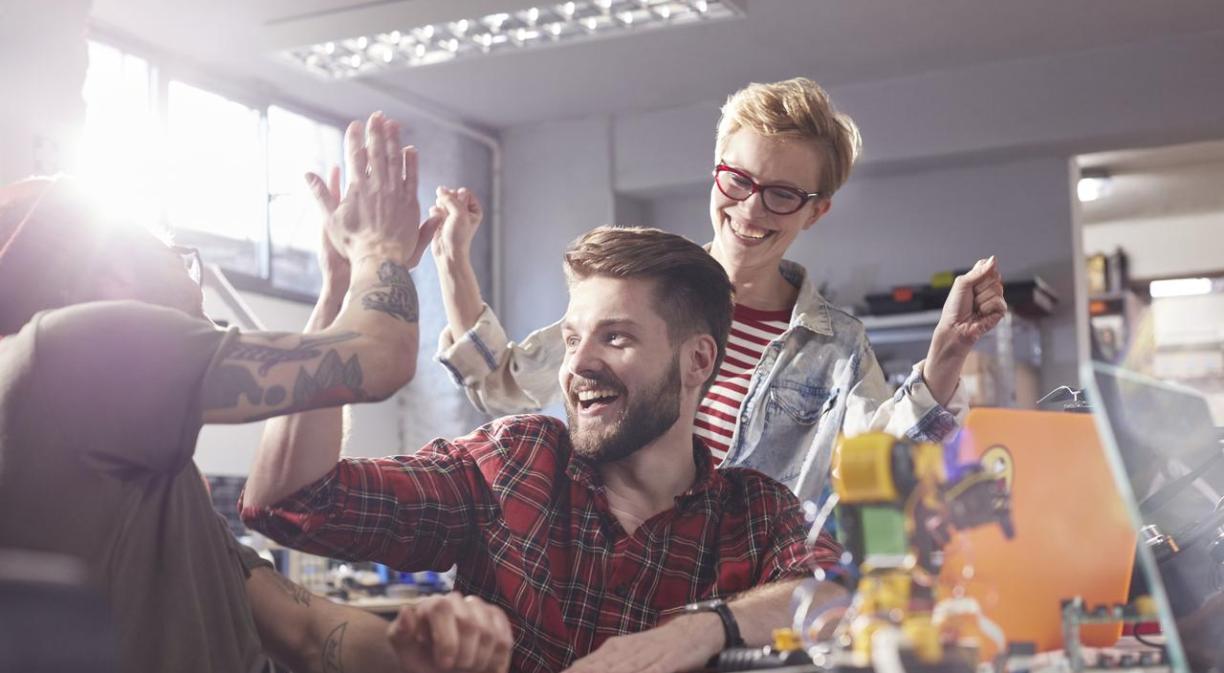 If we visit the different proven and expert sources on the subject, we’ll find similar but more developed definitions and descriptions.

Unanimity with regard to start-ups

One example of the above is how they’re defined by the Spanish Chamber of Commerce, which states that a start-up is a company that’s recently been created or in its early stages and one which displays great potential for growth and markets products and services through the use of information and communication technology.

As for Banco Santander, it describes a start-up as a newly created company which, thanks to its scalable business model and the use of the new technologies, has great growth potential.

In the same vein, BBVA describes a start-up as an emerging company, normally with a high technological component and great potential for growth and one which, in general, supports an innovative idea that stands out from the general market line.

In view of these definitions, we can define the concept of a start-up as that of an emerging or newly created company based on the new technologies for its growth and with excellent potential for growth.

The term start-up came to us largely as a result of the success of the new technological firms, in other words, Google, Apple, Facebook and Amazon, companies which began as start-ups, and thanks to the success they achieved, became the major ones they are today.

One of the factors that define start-ups is that “while a normal company may have an ambitious goal of expanding by an annual rate of 10%, a start-up usually seeks to multiply its business between three and five times a year”, as indicated by the Innovation and Entrepreneurship Business School (IEBS).

The characteristics of a start-up

To qualify as a start-up, a company must have a number of characteristics, namely scalability, technology, a global approach, youth and low initial costs.

These characteristics can be expanded or reduced, depending on the source, but the ones listed above are the most common.

Financing of a start-up

The financing of a start-up could be encompassed within the characteristics outlined above, but its peculiarities and its different sources make a separate section necessary, given that, unlike SMEs, start-ups largely prioritise external capital investments.

The two main sources of income at the outset are the capital provided by the founders (bootstrapping) and equity-funding, which is nothing more than giving shares in the company to an investor in exchange for money.

The above investor can come in many shapes and forms, including: FFF (family, friends and fools), venture capital, seed capital, business angels, crowdfunding, public subsidies and the support of an incubator.

Last December, the Council of Ministers approved the draft Law on the promotion of the start-up ecosystem, better known as the Start-up Law, which has now reached the parliamentary phase, a step prior to its definitive approval, which is expected by the end of the year.

The text of the bill defines a start-up as a company that is newly created or less than 5 years old, (7 in the cases of biotechnology, energy, industry and other strategic sectors and others which have developed proprietary technology that’s been fully designed in Spain), is independent of other companies, is not listed on a stock market, doesn’t distribute or has never distributed profits, is innovative in nature and has an annual turnover of up to five million euros.

This legal text includes tax measures, eliminates bureaucratic obstacles and relaxes procedures in order to encourage the creation of start-ups and investments in them. It also contains measures to attract and recover international and domestic talent, promoting the establishment of remote workers and “digital nomads” in Spain.

Telefónica is an example of the support given by a large company to incipient projects such as start-ups. For this purpose, the technological company has different instruments available to support them.

This policy gave rise to Wayra, an open innovation hub whose lifeblood involves investing in mature technological start-ups that bring innovation to Telefónica and its network of customers.

Wayra operates in seven hubs in Europe, two of them in Spain (Madrid and Barcelona), while in Latin America it performs its operations within the entrepreneurial ecosystems of ten countries.

Wayra invested in 800 start-ups in its first ten years, contributing to the creation of more than 10,000 highly skilled jobs.  In this decade, it also made investments totalling 50 million euros that were revalued by more than 70% (TVPI 1.71x), to which we must add, according to the company’s data, 75 successful exits from Wayra’s portfolio, enabling it to recover a large part of what it had invested.

nother entity created by Telefónica to support entrepreneurs is Telefónica Ventures, which invests in start-ups directly or through a network of venture capital funds which are leaders in key markets, in order to build strategic partners in full alignment with Telefónica’s strategy.

It involves an “open ecosystem” that drives the company’s business around the world but with a local presence.

Technology and digitalisation continue to turn the world we knew in the last century upside down, and the birth of the start-up concept is nothing more than the embodiment of this new ecosystem in the business world, in which innovation, technology and entrepreneurship converge within a single term.

News
#5G
5G and telemedicine strip away the physical barriers to medicine
News
#Cybersecurity
Cybersecurity, the fight against the hazards of the new digital age
Blog
#Public Policy
Digital Services Act, an opportunity to build a reliable internet ecosystem