Through prgrammes targeted at creating thousands of startups and digital creations by 2015, Telefónica has been lowering barriers for entrepreurship and access to participate in the Digital... 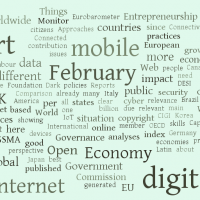 Through prgrammes targeted at creating thousands of startups and digital creations by 2015, Telefónica has been lowering barriers for entrepreurship and access to participate in the Digital Economy. One of these Telefónica programmes is Wayra, a startup incubator that aims to enhance innovation by detecting new talents in Latin America and Europe in the field of Internet and ICT. During the latest call Wayra start-ups across the United Kingdom, one entrepreneur stood-out above the rest; Hannah Catmur and her app ‘Pocket Explorers’. Aimed at children, it combines digital with the natural world to encourage children to be more active outdoors and was selected out of 250 world class submissions. At 23, she is the youngest person to enter the academy in London and in less than 2 years has developed her education app into a fledging business. Now she has set her sights on a release to market.

The project stands out as a leading example of the successful strategy Telefónica has implemented to support young entrepreneurs from ideation to the delivery of a digital product or service, through it’s Think Big and Wayra programmes.

Prior to her official Wayra selection, Hannah had activiely demonstrated entrepreneurial qualities and a start-up mentality that caught the attention of many within Telefónica, including José María Álvarez-Pallete (COOTelefónica). During Campus Party 2013, he encouraged her to apply to the Wayra UnLtd Acceleration Programme and from last September, she and the rest of the Pocket Explorers team were readying themselves for the application process. During this time, Hannah was also identified by Ronan Dunne (CEO Telefónica UK/O2) as an exemplar of those using digital innovation to overcome challenges, create significant change and help drive the digital economy forward.

From more than 250 applications, Pocket Explorers was one of only a handful selected to pitch at the newly opened Think Big Hub in Shoreditch. Seven external judges, including Natalie Campbell (UnLtd), Annika Small (Nominet Trust) and a room full of influencers from London’s start-up community watched as Gary Stewart (WAYRA UK and WAYRA UnLtd Director) announced the winners.

Hannah and the rest of her team have now started their new adventure at the Wayra UnLtd Academy and will remain there for eight months utilising the resources and networking opportunities on offer. With Hannah achieveing success in such a short period, Telefonica – led by Think Big – will now be tracking her entrepreneurial journey. Hannah herself will upload video updates of her eight month journey through the Wayra UnLtd Academy and beyond. It’s hoped that her experiences will inspire other young people to become entrepreneurs and take their digital ideas forward.