“The Good, the Bad and the Ugly”: Who should bear the costs of video traffic explosion on the Internet?

Looking at its recent publication it seems that Netflix ’s favorite movie, despite having produced the great “House of Cards” serie, is rather a good, old western: “The Good, the Bad and the... 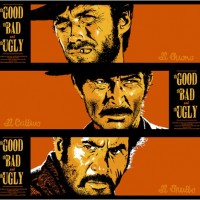 Looking at its recent publication it seems that Netflix’s favorite movie, despite having produced the great “House of Cards” serie, is rather a good, old western: “The Good, the Bad and the Ugly”. The Good – read: Netflix– is willing to do anything for its customers, even paying unjustified tolls to the Bad – read: ISPs–, who plans all kind of dirty tricks to get the gold from the Good and the Ugly – read: Broadband customers–,  the ultimate loser in the movie.

Recent agreements, such the one between Netflix and Comcast, where Netflix pays to get increased interconnection capabilities, resulting in improved quality for Netflix´s streaming customers, has put wider attention to who should fund required investments needed to handle increased amount of traffic demanded by video streaming services. Interestingly, Net Neutrality principles are being put forward to avoid paying for the required connection upgrades.

Reed Hastings, CEO at Netflix, says they need to make such contracts because some ISP otherwise would not offer a sufficiently good quality to the broadband customer. Mr. Hastings concludes much stronger Net Neutrality provisions are needed to prevent ISPs’ toll for interconnection to companies like Netflix –if they do not share IPS revenues, they should neither share ISPs costs– to deliver the data requested by ISPs’ customers.

Now, acting as a film critic, let’s shed some light in the whole movie plot and the Good’s call to regulate the Bad just to defend the Ugly:

When Netflix delivered its movies on DVDs by post mail, the cost of delivery was included in the price their customer paid –so, YES, the customer demanding the service, was the one assuming delivery costs. No customer’s neighbor would consent Postal Service to charge them for the cost of delivering his movie.  This would have been the case if the Postal Service was to assume delivery costs of Netflix DVDs, as it would have later transferred this cost to its whole customer base. So it seems the Good’s call to regulate the Bad would mean that the Ugly – all broadband customers – ultimately pay the bill for Netflix´s flourishing video streaming business;  wouldn’t it be much fairer to have Netflix assuming these costs to later transfer them to their customers who are the ultimate responsible for such costs?.

At Telefónica, we support Net Neutrality principles giving users an open, unrestricted and non-discriminative access to Internet content, applications and services of their choice. But in order for Internet and innovation to happen and in the interest of Internet users, networks need to be built, maintained and run – and this needs funding. Today´s Internet is not the same as yesterday´s, and business models will need to adapt accordingly. Net neutrality and innovation are not mutually exclusive, having the former to leave room for innovation to take place.

By the way, I always preferred “The Magnificent Seven” as a movie: Maybe we all, by cooperation and fair agreements, can achieve a better result for the villagers – read: Internet users and broadband customers.