Technology in space to explore and learn more about other worlds

If there is one fruitful relationship in the technology industry, it is its link with aerospace disciplines, and vice versa. 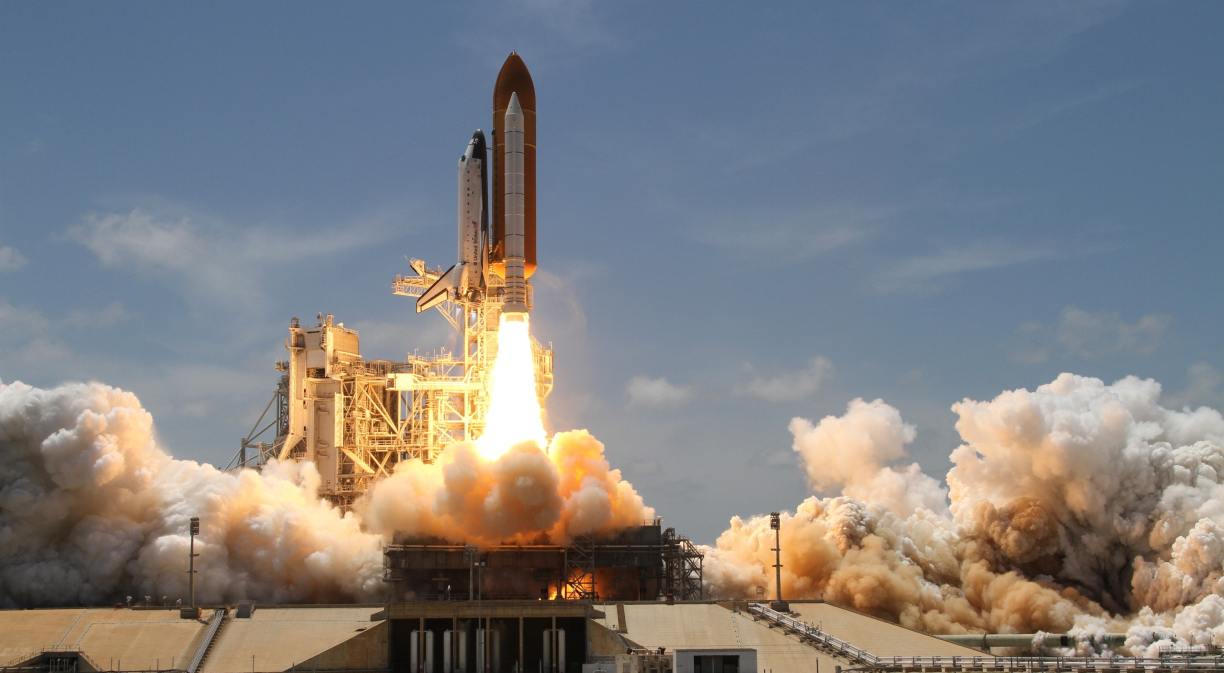 If we lift our eyes from the screens of our devices and look up to the sky, we can admire its beauty and immensity. However, if we take a closer look, we’ll discover all the technological advances that space has given us to make our current-day lives much more comfortable.

There’s no doubt that if we had to mention one fruitful relationship in the technology industry, it’s the link it has with aerospace disciplines and vice versa. Both fields of research and innovation have been greatly enriched by their constant and essential collaboration.

With its sights set on Mars and the intention of taking tourism to the skies, we’re seeing the start of a new space race that has little to do with the one involving the two superpowers, the United States and the former Soviet Union, that began in around 1955. After World War Two, the Western and Eastern blocs not only competed for influence over much of the globe, but also began to take an interest in other worlds. This is why, in the 1950s, at the height of the Cold War, it was so important to take the first steps into space. And it was the USSR that started the game, launching its legendary Sputnik I in 1957 and then Sputnik II occupied by poor little Laika. Then the famous Yuri Gagarin went on a trip into space in 1961.

Landing on the Moon, a great leap for Telefónica

But it was the United States that took a great leap for mankind in 1969 when it landed on the Moon. This wasn’t just a historic milestone for humanity, it was one for Spain too, as Telefónica actively participated in this feat. In 1966, the Spanish operator purchased two American earth stations. One of them was based in the Madrid town of Buitrago de Lozoya and it served to link the station of Robledo de Chavela (also in Madrid) to the North American one in Greenfield, an essential connection for NASA’s communications.

Thus, thanks to Telefónica’s facilities, some of the problems posed by the communication with Apollo XI on its journey to the moon were resolved. Transporting video, telemetry, voice and other data signals, as the US Space Agency needed to do to monitor the spacecraft’s journey through space, required a specific bandwidth which it obtained from Intelsat satellites, so it designed a transatlantic circuit relying on the Robledo de Chavela satellite tracking station, due to its particular characteristics.

In addition to the work carried out at Telefónica’s facilities, NASA also relied on the cooperation of operators throughout Europe for the disconnection of their telephone circuits and their incorporation into the space mission.

Increased use of satellites

52 years have gone by since that wonderful human feat, and throughout this time telecommunications have changed drastically, as in the case of satellites. While the older ones still offer video services, the current ones offer data ones. Most of them are used to observe the Earth, including NASA’s Geostationary Operational Environmental Satellite (GOES-O), which studies the atmospheric conditions in the eastern United States and in the Atlantic Ocean towards Europe. This meteorological satellite will help scientists to study the climate.

Satellites can also serve to improve communications and internet access, as they improve Wi-Fi coverage and mobile network bandwidth, reach remote areas, provide structure for the growth of the Internet of Things and serve military needs while proving essential for emergency services like the eCall-type roadside systems.

Due to the versatility of the services they provide, satellites have achieved greater prominence in recent times, so much so that 2021 was a record year, given that more than 1,400 of these spatial objects were circling the Earth, a figure up from the 1,300 that were launched during 2020, according to the estimates of the Lowell Center for Space Science and Technology at the University of Massachusetts. The same institution puts the number of artificial satellites orbiting our planet at 7,941.

Another major breakthrough, one that has proved to be highly intriguing, has been in the field of robotics. The word “rover” is now synonymous with an expedition to Mars. These robotic vehicles are best-known for traversing the fascinating Martian landscapes. So far NASA has sent five of these astromobiles, the last one of which, Perseverance, arrived in February 2021. Since 1997 these vehicles have given us keys to understanding the red planet and analysing whether humans could explore it in the future.

The remote use of robots has long been a line of study for NASA, enabling it to carry out work that astronauts can’t do on the ground and perform maintenance work in the space stations themselves. This also brings a wealth of experience when it comes to developing the software required to programme these robotic tools. It’s so important that even the International Space Station, by means of its Robo-Pro Challenge Programme, allows students to create software programs to control an Astrobee, a type of robot capable of flying autonomously that helps astronauts to carry out maintenance tasks inside the ISS. This software is also used to resolve problems related to robotics on Earth.

Space research brings together numerous disciplines and biology forms an essential part of the study of the planets. In keeping with this premise, the CSIC (Spanish National Research Council) is leading a European team funded by the European Space Agency (ESA) to coordinate the use of Big Data in biological research into space exploration and colonisation. The aim of applying data analysis to the life sciences of space is to understand the effect of space on living things at a molecular level, a key aspect of future long-distance space exploration. The CSIC’s researchers have been using NASA’s GeneLab tool to do so for a number of years.

As the Spanish research centre reports, biological Big Data will be vital, not only for preventing the health problems of astronauts in space, but also for medical and biological research into pathologies, especially those related to ageing, on our planet.