The United Nations reminds us of the urgent need for measures to combat climate change and its devastating effects. 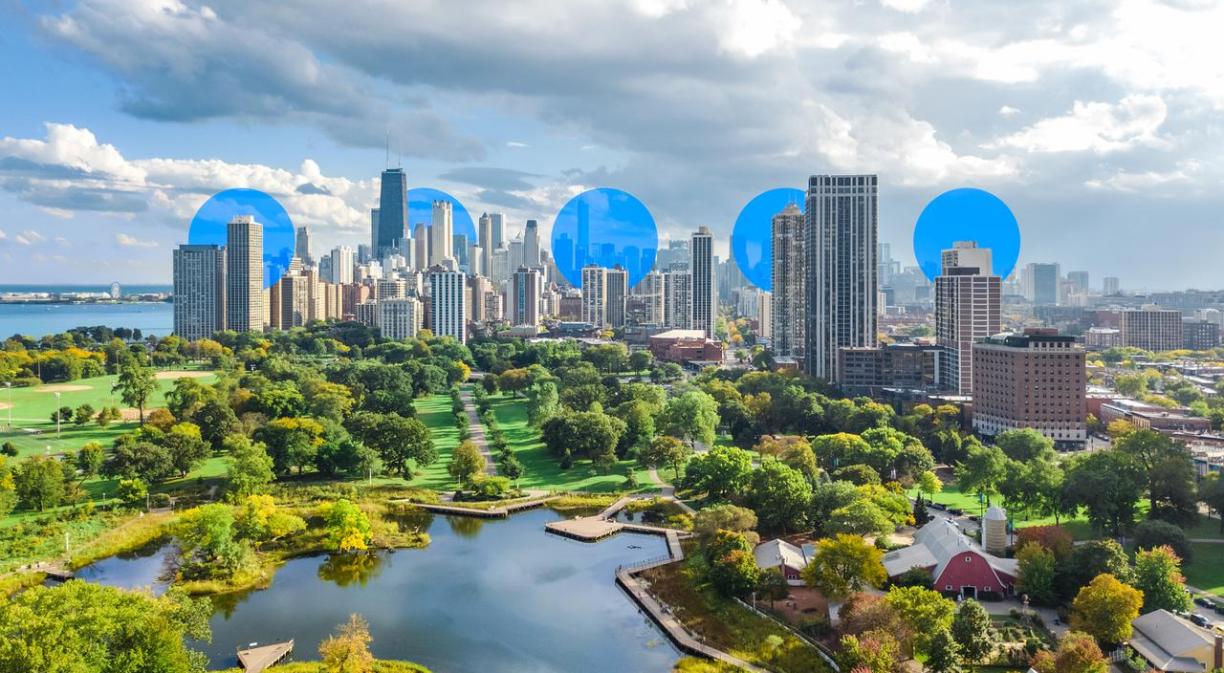 A problem that affects all countries and economies. While the UN warns of changing weather systems, sea levels and extreme weather events, the scientific community is developing space technology to combat climate change.

During the first half of November 2021, the Conference of the Parties or COP26 under the UN Framework Convention on Climate Change, known as the Climate Summit, was held in Glasgow. Although it started with high ambitions, the lowering of expectations at the negotiating table, was frustrating for a large part of society.

However, technological initiatives that various organisations have undertaken for some time now, bring a little hope to the planet’s plight. The persistent drought in Spain, for example, is just as concerning as the one endured in California. As is the loss of extensive forests due to fires in recent years in the American state, also linked to climate change.

NASA and private sector companies’ projects, such as AccuWeather, apply technology to study the risks of climate change. The consultancy’s aim is to help predict adverse and extreme events, which through time are more frequent, minimising companies’ losses. In the meantime, the US Aerospace Research Agency’s goal is to share accumulated knowledge for solutions that will contribute to better decision-making.

Within the Jet Propulsion Laboratory (JPL) framework, NASA scientists and California state officials are working together. Trying to apply satellite data, new laser and radar technologies, and 3D imagery to the Earth’s changing climate systems. The goal is to obtain sufficient data for scientific solutions and apply space technology expertise against climate change and global warming.

California is mostly struck by these problems, resulting in persistent droughts, unusually high temperature summers, and loss of vegetation because of increasing destructive wildfires.

For these reasons the Agency has been studying Mars, with the same intensity as our planet, for solutions to our environmental problems. The Agency aims for a more accurate picture of what is happening in the lithosphere, oceans and atmosphere. It will implement new tools to measure key aspects, such as the evolution of perpetual snow and the state of groundwater.

The OpenET platform was created to provide farmers, water managers and all forestry professionals with evapotranspiration data collected by NASA for over 20 years. It is intended to accelerate water management optimisation.

Evapotranspiration is a fundamental measure of the amount of water resources used by a given agricultural crop. This way, supply and demand can be balanced and significant savings made.

It is not the only tool. The Surface Water and Ocean Topography (SWOT) mission is a satellite that measures lakes and watercourses to better understand the water cycle for its optimisation.

With the contribution of satellite data, new tools make it possible to monitor methane gas emissions into the atmosphere, the second most important cause of global warming. The Copernicus Sentinel-5P satellite also collects information from other sources. This tool can also monitor refinery or an animal farm’s atmospheric methane emissions.

This way, the oil and gas industries can monitor their own environmental impact, be transparent about their oil and gas emissions and provide information to both investors and users.

The NISAR satellite, equipped with two radars designed to study glaciers and volcanoes, is due to be launched in 2022. It is designed to observe any changes in the earth’s surface, as well as to enable forest observation and the changes they go through from the carbon dioxide they contain, or other processes.

Businesses also have a strong interest in knowing how climate change may affect them. With Climate Ready Risk Mitigation, created by AccuWeather, they can forecast weather events for activities’ long-term planning, as well as asses the measures taken to avoid losses due to weather-related natural catastrophes.

This tool also allows the identification of specific negative risks. Helping them increase security in the most vulnerable areas, and supply chain adaptability. The ultimate goal is to avoid millions of dollars in losses from persistent floods or droughts, which are increasing in time.

Undoubtedly, these technological initiatives provide hope for possible solutions to the climate crisis in which the planet is immersed.