Millennials are optimistic, focused on their careers, and ready to take control of their own future

A survey by Telefónica of more than 6,700 Millennials across Latin America, the United States and Western Europe found that today’s 18-30 year-olds – the Millennial generation – are largely... 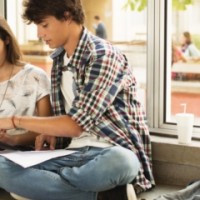 A survey by Telefónica of more than 6,700 Millennials across Latin America, the United States and Western Europe found that today’s 18-30 year-olds – the Millennial generation – are largely satisfied with their lives and decidedly optimistic about their prospects for the future. Nowhere is that optimism more evident than in Latin America.

The survey, which follows on from Telefónica’s inaugural Global Millennial Survey in 2013, the largest and most comprehensive of its kind, indicates that Millennials, especially in Latin America, have exceptionally high hopes for their own future and their country’s future.

“Our goal in conducting the research, now in its second year, is to better understand today’s Millennials and enable us to align our business growth with positive outcomes in society. A third of our customers – over 100 million – are Millennials as well as 30,000 of our employees. By taking the pulse of this critical cohort – tomorrow’s civic, business and political leaders – we have gained tremendous new insights into the future of both our industry and our world. Their views on the digital revolution and on the barriers they face are important drivers of our business and social activities. The research findings will help us provide the Millennial generation with the tools they need to achieve their goals,” said José María Álvarez-Pallete, chief operating officer, Telefónica S.A.

Neelie Kroes, vice president of the European Commission, said, “This year’s Global Millennial Survey findings are clear: our young people want stable, well-paying jobs; as well as the opportunity to create their own businesses – and it’s our job in the EU to help them get there! The survey shows us that one of the most important issues on young people’s minds is getting a good education – and that means equipping them with the digital skills they will need to get the best jobs going forward. The Commission’s Opening Up Education initiative is a good starting point, but we have lots more to do. I applaud Telefónica for undertaking this survey, and for their Open Future platform – we need more action like this in Europe. Come on! It’s a call to action!”

Millennials are aware of and concerned about the world around them and consider poverty (44 percent), corruption (36 percent), the economy (26 percent) and education (26 percent) the most important issues the world faces today. Corruption (56 percent) and the education system (42 percent) are cited as the primary hindrances to domestic growth by global Millennials. Millennials feel that they are able to have a positive impact on the world, with almost two-thirds (65 percent) saying they believe they can make a local difference, and 40 percent saying they can make a global difference. When it comes to making a difference in their communities, 38 percent of respondents say they would consider learning about ways to help, and 37 percent say they would consider donating their time as well as mentor or teach to make a difference.

Alec Ross, senior fellow, Columbia University, said “Millennials are a widely misunderstood segment of the world’s people. Telefónica’s Global Millennial Survey illuminates what drives them. It helped me understand what views and behaviors they hold in common with older generations as well as those that set them apart. To understand our future, we need to better understand the Millennials, who will increasingly shape that future.”

Education is a deep concern for many Millennials: 60 percent believe improving the education system should be one of their government’s top infrastructure priorities and they are eager for improvements to be made in the quality of curriculum (59 percent), quality of teachers (59 percent), affordability (48 percent), access to technology (46 percent) and access to education for all (45 percent).

“It’s very encouraging to see how optimistic Millennials are about their ability to improve their own lives and the lives of others, and how deeply they care about strengthening education and building their careers,” Álvarez-Pallete said.

“We will continue to demonstrate our commitment to the future of young people through Open Future – Telefónica’s platform for open innovation that brings together all the initiatives related to entrepreneurship and that supports entrepreneurs form the initial phases of developing their ideas, all the way to their market launch. Open Future comprises initiatives such as Talentum, Think Big, Campus Party, Wayra and then in later phases integrates Telefónica Ventures Capital and Amérigo fund. It also complements Proniño, our initiative dedicated to eradicating child labor.”

What Millennials want out of life, a job, an employer and their careers

According to the survey, Millennials are focused on their jobs and careers: they ranked “having a stable, well-paying job” as the personal goal they most hoped to achieve over the next 10 years (43 percent), far above all other choices, including owning a home (16 percent), having children (10 percent) and getting married (9 percent).

Most Millennials (71 percent) are interested in looking beyond their country’s borders for the right job, and that number increases to 81 percent in Latin America. Motivations for looking abroad vary by region: Latin Americans (50 percent) place more significance on finding a high-paying job, while U.S. and Western European Millennials focus more on gaining perspective on the world (64 percent and 53 percent, respectively) and being exposed to a different culture (63 percent and 55 percent, respectively).

More than a third (39 percent) of Latin American Millennials are most interested in working for a company that offers training and development opportunities, compared to only 20 percent of U.S. Millennials.

Millennials take their technology and their careers very seriously

A large majority (83 percent) say they are on the cutting edge of technology, and most believe that having a digital skillset can enhance their job performance and career.  Almost three-quarters (73 percent) believe a top benefit of having digital skills is improving the quality of their work, and 42 percent believe it helps them finish their work faster. An education in a technology-related field is also valuable, as demonstrated by the fact that 15 percent of global Millennials believe studying computer science and programming is most important for ensuring personal future success – more than any other field of study.

The Telefónica Global Millennial Survey was launched today, 13 October, at Futurecom in Sao Paolo, Brazil, with Alec Ross, former senior advisor for innovation to Secretary of State Hillary Clinton, author and senior fellow at Columbia University in New York. In addition, the findings will be presented at Data: the new currency, a European Voice data summit in Brussels on 15 October featuring Neelie Kroes, vice president of the European Commission; at the One Young World Summit in Dublin, Ireland on 16 October with Latin American governmental officials and Lourenço Bustani, founder and CEO, Mandalah; and at Europe Code Week events that began 11 October and will continue through17 October.

Telefónica commissioned 6,702 quantitative interviews among Millennials, aged 18-30, across 18 countries in three regions including the United States, Western Europe and Latin America. Penn Schoen Berland conducted research from 23 June – 4 August 2014 via online survey and central recruit to online survey. Millennials from Argentina, Brazil, Chile, Colombia, Costa Rica, Ecuador, El Salvador, Germany, Guatemala, Mexico, Nicaragua, Panama, Peru, Spain, United Kingdom, United States, Uruguay and Venezuela were surveyed. Country sample sizes represented in the global number are weighted by the percent of the population in each country with access to the Internet, gender, and age. The U.S. Hispanic and U.S. Non-Hispanic populations are weighted to census. The global margin of error is +/-1.2 percent