As novel as it may sound, the creation of a virtual universe is far from a new idea. Now, however, modern technological developments have made it a reality. The metaverse is the present and the future. And in the metaverse, anything is possible. 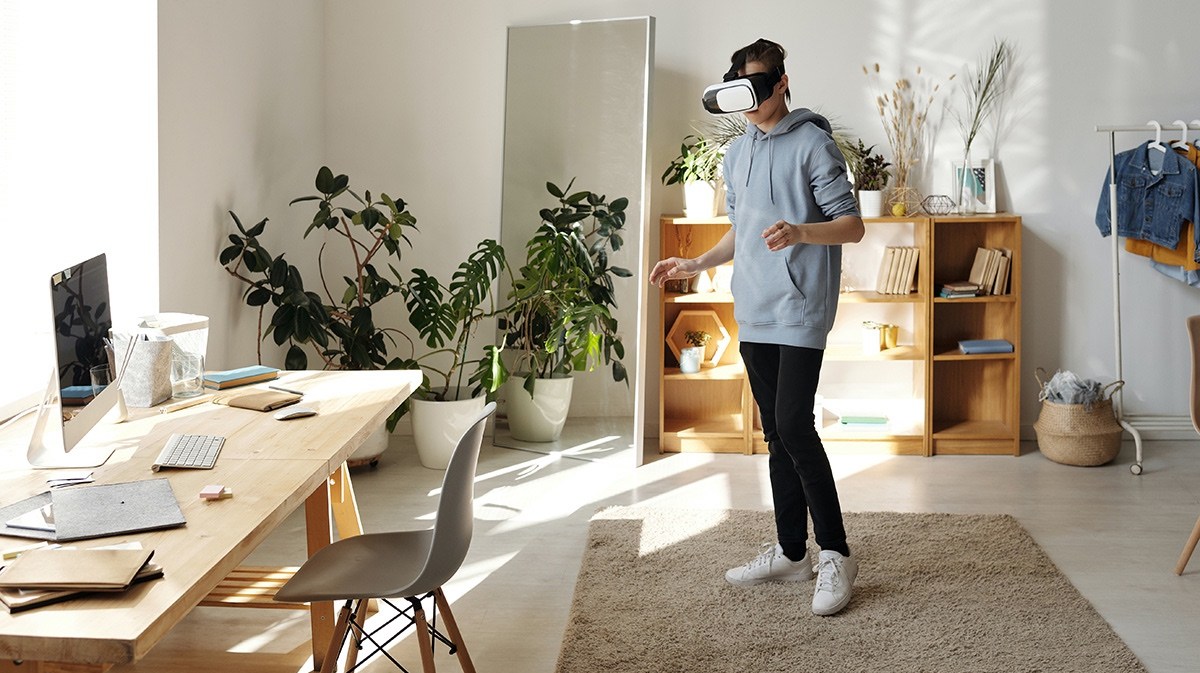 Last October at Facebook Connect 2021, Mark Zuckerberg announced his new venture, Meta, putting a new spin on the lives of Facebook’s over 2.7 billion active users. The decision to change the name of Facebook’s parent company also ushered in a new era. The creation of a virtual world was off to a running start thanks to the major technological developments currently taking place, technology that will make the growth of the metaverse unstoppable from now on. Zuckerberg is already referring to this foray into the metaverse as not just the next chapter of his company, but also the next chapter of the internet.

When we talk about the metaverse, we’re talking about a virtual environment created in cyberspace. The aim is to simulate a place where people can interact socially on an equal footing, both in the real world and in the digital world. In the specific case of Meta, the company will be divided into two branches, one that will house the social applications Facebook, Instagram, WhatsApp, Messenger, and another that will encompass the two future metaverse platforms and Quest, its virtual reality (VR) peripheral.

The key to accessing these new worlds is through devices such as VR glasses and headsets. Precisely because these are virtual spaces, it is necessary to create a fully immersive environment that makes it easy to communicate with others, play games or exercise. Augmented reality glasses also make it possible to bring the workplace into the virtual world. And this universe is meant to coexist alongside mixed reality, as in the case of Meta. It’s no surprise that Facebook’s CEO has been one of the leading promoters of this new social interaction format.

People entering this future metaverse will be able to interact with others through avatars in the form of 3D models that they themselves create, and hold business meetings through holograms. To this end, the devices being developed are designed to be able to detect and convey users’ movements and facial gestures in real time, thus making interpersonal interactions more real. As real as life itself!

Face-to-face will be a new sensation, according to the Facebook CEO, as it will be supported by a series of elements, such as virtual space, developed by solutions such as Horizon Home, Horizon World and Horizon Rooms, with decorative elements to personalise everything, including avatars.

This desire to make the virtual world immersive and to bring the real world to these new universes is precisely what preserves the foundations of the digital economy that has developed on Facebook, as users and businesses will be able to create and sell their products and services, and share them with other users. Therefore, the platform will not change its current approach and will maintain its policy of lower costs in comparison to other platforms, as indicated by the company itself.

The new Meta also comes with the feature of interoperability, which will allow users to add elements from outside the virtual world, or conversely, to remove them.

Other universes before Zuckerberg’s Meta

Meta is not as revolutionary as it may appear to be. Author Neal Stephenson coined the term in his novel “Snow Crash” all the way back in 1992, and this concept has since been depicted in films such as Matrix and Ready Player One.

Now, other large technology companies such as Google, Epic Games, Amazon and Microsoft are also betting on these new platforms. Zuckerberg’s platform still needs some time before it can reach the full technological potential envisioned. However, just as it’s not a new idea, it’s not unique either. Other metaverses already exist. Enhanced versions of popular video games such as Second Life, Animal Crossing or Minecraft have been created thanks to the development of technologies such as Blockchain and NFTs (non fungible tokens).

One of the best-known metaverses is Decentraland, built on Blockchain and with a turnover of over $70 million. Its spaces include a virtual gallery of the famous auction house Sotheby’s and the Amnesia Ibiza SuperClub. Decentraland is so successful that there is a speculative bubble around its 90,601 plots of land, reaching a record two million euros in sales. The company that acquired it is called The Metaverse Group.

Several brands, including Gucci, Adidas and Spain’s Zara, have already taken an interest in these new markets. Even the legendary Balenciaga dresses the avatars of video games such as Fornite.

And while security and privacy protection are among the essential elements of these platforms, as these universes become more popular it will clearly also be necessary to establish rules that allow users to use them appropriately.