As we enter 2013, it is common to find many predictions , trends , top tech issues concerning the ICT sector for the new year.   Mobile seems to be the king of the predictions... 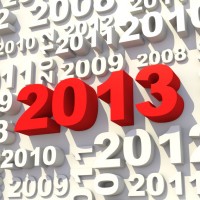 As we enter 2013, it is common to find many predictions, trends, top tech issues concerning the ICT sector for the new year.

Mobile seems to be the king of the predictions for 2013, but let´s not forget also the explosion of the Internet use, with the raise of Internet of Things, Big Data, Cloud Computing developments, Digital health services expansion or the m-payments amongst others. . .

All of them will unavoidably influence the public policy agenda this year.

Let´s briefly mention the main topics that will be on the public policy table for this year:

Talking about ICT public policy issues, one cannot avoid mentioning the relevance of the impact of the economic situation: Looking for growth and the increase of job creation will be a constant issue in every public policy program for this year. ICT can largely contribute to this aim and that´s why several institutions are including ICT as a key for economic growth in their programme for 2013, such as the World Economic Forum (23-27 February in Davos), or the G20 summit, in September 2013 in San Petersbourg.

The OECD will also focus on this issue and the European Commission through the revised Digital Agenda priorities already presented by Commissionner Nelly Kroes for 2013-2014 mentions the economic recovery as the main goal.

Broadband is seen by governments as having one of the keys to open the door to growth and that is why broadband plans deployment and broadband regulatory environment are in full effervescence worldwide.

The launch 2 years ago of the UN Broadband Commission initiatives at global level are focusing on broadband policy issues and it will continue its activities during 2013. Broadband will also be present at European level through the Digital Agenda or the Connecting Europe facility plan debates during this year. At US level and also in Latin America, broadband plans appear as relevant, with the new fixed broadband plans deployments in some specific countries (included in wide broadband strategies such as “Plan Vive Digital” in Colombia, or “Argentina Conectada”), without forgetting the mobile broadband, with the launch of 4G deployments and services in several countries.

Logically, spectrum policy is also a hot topic worldwide. According to Deloitte, by the end of 2013, it is expected a real explosion of connected devices, with more than 200 operators launching LTE, therefore spectrum policies are key.

Spectrum policy is currently highly debated in the USA , but it is also included in the already mentioned European Digital Agenda priority issues for 2013 or in Latin America with the renewal of certain wireless licenses in some countries (such as Colombia or Perou) and in others spectrum awards processes. As spectrum is a scarce resource but terribly needed for the launch of future services, we expect a lot of activity in this area for this year.

As during 2012, Internet Governance will also have a relevant place in public policy debates concerning ICT sector.

some governments to criticize the ICANN policymaking process and to suggest various ways to increase governmental influence over that process, so these debates will take place during the next months. Therefore the forthcoming ICANN meetings in Beijing (7-11th April 2013), in Durban (14-19th July 2013) and in Buenos Aires (17-21st November 2013) will be key.

The issue of how Internet Governance should evolve will also be in the UN arena, after the heated debates held during the WCIT hosted by the ITU during 2012, through different fora such as WSIS 10+ (25-27th February 2013) for preliminary discussions to prepare the WSIS Forum that will be held in Geneva on the 13-17th May 2013, in parallel to the ITU World Telecommunication Policy Forum, which adopts non-binding recommendations. Strong debates are expected in these fora on how to manage in the future Internet Governance and also the role of the IGF, which future will be discussed during its 8th meeting in Bali in October 2013.

It is clear that Internet policy will be at the center of the international ICT discussions. Internet has become a real cornerstone in our lives. According to Pingdom, Internet numbers for 2012 are incredible…More than 2.4 million users of Internet, 1.2 trillion of searches in Google, 634 million of webpages worldwide…The huge use of Internet is amazing!!

Therefore, it arouse many questions for the future such as the sustainability of the current model for Internet, which has occupied already part of the 2012 public policy agendas, or the Net Neutrality regulation, which is under discussion in so many countries like in France after the last movements of the French operator, Free, some days ago, or in Brazil, with the discussion around the “Marco civil da Internet” or in the USA, where Netflix has already exposed its intentions for 2013 and where a solution of the Verizon-FCC litigation is expected. In Europe, the European Commission is also broadly analyzing this issue with the Body of European Regulators for Electronic Communications, BEREC for some years already and will continue to do so during 2013.

Let´s not forget the consumer’s rights and the debates around data privacy regulation all around the world during the next months!

The current reform taking place in Europe is considered very relevant, as it also opposes in some way EU to US approaches, even if efforts are done to reach consensus. The recent Albrecht draft report publication has opened a wide discussion since the real beginning of 2013. The next steps of the announced EU strategy concerning Cloud Computing will also be key in this area. Even in some countries, data is considered as the new fuel with the possibility to impose a new tax…

Other global international organizations will take part in this debate, due to the increase of new services and applications that require the use of personal data and the lack of international guidelines. The WEF in January will talk about privacy, the OECD through its Working Party on Information, Security and Privacy (WPISP) activities will analyze the economic impact and is also revising its OECD guidelines on privacy, the human rights perspectives will be debated in the Council of Europe works, an European international conference will take part in Malta (20-21 March) and others will follow!In the USA, political agenda also includes privacy, due to the debated “Privacy Bill of Rights” unveiled last year and the efforts done to implement voluntary codes of conducts by the industry.

Of course child protection online continue to be a relevant issue for policy makers worldwide in order to ensure a better use of Internet.

Cybersecurity is also on the loop for policy makers. Hyper connectivity is positive for society but some consider that it entails risks that need to be identified and controlled. Policy makers are seriously analyzing this question worldwide and may take action around this topic during the next months.

The OECD has recently launched a report on best practices in this area and at the WEF in January, cybersecurity will be certainly debated as well as in other international conferences already mentioned in this post such as G20, ITU, IGF, etc…

At the European level, with the recent launch of the European Cybercrime Center and the EU cybersecurity strategy, this issue seems to gain relevance, but also in the US where there is an executive order under debate.

Copyright policy is key to protect innovation and it is currently under review worldwide, so some outcomes should see the light during 2013. The WEF will discuss on this topic in January in Davos. At European level, an update of the copyright legislation is awaited during this year to provide positive incentives to creativity, cultural diversity and innovation but also to fight the illegal offers and piracy. At the other side of the Atlantic, the Joint Strategic Plan on Intellectual Property Enforcement is under discussion and should mark the way for future action in this area.

The tax policy contribution of some ICT global stakeholders is also under debate internationally, in order to adopt tighter global rules to prevent multinational companies avoiding tax contribution in some countries where they have activities. The G20 has asked the OECD to analyze the question and to issue a report that will be presented in the next G20 Finance20 Finance meeting in Moscow the next 14-15th February. Parallel to this, several countries are also studying this issue such as UK or France for example and we could see some evolutions or even proposals in the next months in this area.

The ICT public policy path is full of issues, meetings and relevant topics for 2013! Internet and ICT Policy analysts have work this year!

Of course, this list is not exhaustive but all these debates are key to define the forthcoming ICT panorama and its evolution.

Let´s hope that smart policies will be debated and that clever public policies and regulations will be implemented to ensure the best possible future for our ICT society! Keep an eye in all these issues!