For all the uncertainties surrounding the forthcoming Presidential elections in the US, we can at least get some foresight as to the impact on Telecoms and Internet Policy by reading the texts... 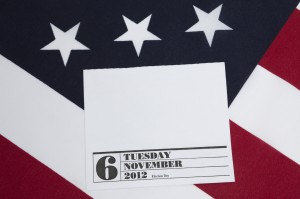 Director, Head of the Brussels Office of Telefónica

For all the uncertainties surrounding the forthcoming Presidential elections in the US, we can at least get some foresight as to the impact on Telecoms and Internet Policy by reading the texts of the Democratic and Republican Platforms.

If President Obama is elected to a second term in Office, he would stick to his pledge made in the 2011 State of the Union speech, to bring high-speed wireless broadband to 98% of Americans within five years.  For that matter, spectrum policy will continue to be prominent in the agenda.  Incentive auctions, most notably targeting broadcasters’ airwaves for wireless repurposing and mandatory repacking, will play a critical role.  The net neutrality debate will most likely regain center stage as President Obama is “strongly committed to protecting an open Internet that fosters investment, innovation, creativity, consumer choice, and free speech, unfettered by censorship or undue violations of privacy”.   With the current FCC open Internet Order being challenged in the DC Circuit court by Verizon and considering the precedent of the Comcast ruling, the chances that the Order would be reversed are high.  This could trigger a potential debate in Congress to produce legislation on net neutrality, a process whose outcome would highly depend on whether the Republicans retain control of the House of Representatives after the elections.  Moreover, the current approach of the 1996 Communications Act on regulatory silos, which treat differently services that are now converging into a single IP platform, is considered outdated and in need of reform. Another failure from the FCC to grasp jurisdiction over broadband access services could open the pandora’s box on the need for a new communications policy framework in the US.

High in the Democrat agenda still is the concept of Internet freedom, understood as a universal value to be promoted comprising the “freedom of expression, assembly, and association online for people everywhere – through coalitions of countries and by empowering individuals with innovative technologies.”  In this context support of “the current multi-stakeholder approach to Internet governance” and opposition to “the extension of intergovernmental controls over the Internet” give a clear indication of the orientation that the Obama Administration is promoting towards the forthcoming WCIT negotiations at the ITU in December and beyond.  Also on Internet policy, cybersecurity will rank high with the Democratic platform drawing attention to steps already taken by the Obama administration, including the establishment of the U.S Cyber Command and the administration’s review of the federal government’s efforts to protect key infrastructure from cyber attacks. The Democratic platform pledges to continue efforts to boost cybersecurity in a way that does not violate privacy or civil liberties and even calls for “executive action to strengthen cyber defenses”.  Privacy would be the other top policy priority in the Internet domain with Democrats calling for a “Privacy Bill of Rights”, which would require companies to provide more information to consumers with regards to tracking and personal data collection.

If Romney wins the Presidential elections, a prominent shift from the current approach towards telecoms and Internet policy could be expected, aligned with an overall philosophy of reducing the size of government. Indeed, Republicans have been very critical of the hands-on preemptive approach towards regulation of the FCC on the basis of an outdated Communications statute and in their platform complain specifically that the FCC through the net neutrality rule, is trying to “micromanage telecom as if it were a railroad network”.  Their stated goal would be to prevent “legacy regulation from interfering with new and disruptive technologies such as mobile delivery of voice video data as they become crucial components of the Internet ecosystem.” Republicans would try to promote Internet freedom understood as freedom from government intervention.  In their own words they “will replace the administration’s Luddite approach to technological progress with a regulatory partnership that will keep this country the world leader in technology and telecommunications.”

Republicans believe the Obama administration has not done enough to expand broadband access and point out that the FCC has failed to conduct a single spectrum auction in the last four years. The GOP platform calls for conducting a national spectrum inventory to facilitate spectrum auctions to wireless providers and emphasizes “public-private partnerships to provide predictable support for connecting rural areas.”

Republicans remain opposed to many of the Obama cybersecurity initiatives, believing that the Democratic platform relies too heavily on regulatory measures that will further inflate the federal bureaucracy to avert cyber attacks. Accordingly, Republicans in the Senate blocked legislation that would have set higher cybersecurity standards for operators of critical infrastructure earlier this month. The GOP Platform claims the “most effective way of combating potential cybersecurity threats is sharing cyberthreat information between the government and industry.”  On-line safety, with a special focus on children, is another policy topic that they refer to in their platform

On account of the significant differences in their approaches it is the more remarkable that both parties agree on a multi-stakeholder approach to Internet governance and reject relegating power to international bodies, such as the U.N.  In fact the Republicans contemplate “sovereign American leadership” in international organizations and are extremely critical of “any diplomatic efforts that could result in giving the United Nations unprecedented control over the Internet”.

In summary the Democratic and Republican platforms offer two different views of the role of government in promoting common goals of leadership in the Internet economy.   We will see after November 6 which vision prevails and ultimately guides the US communications policy over the next four years.