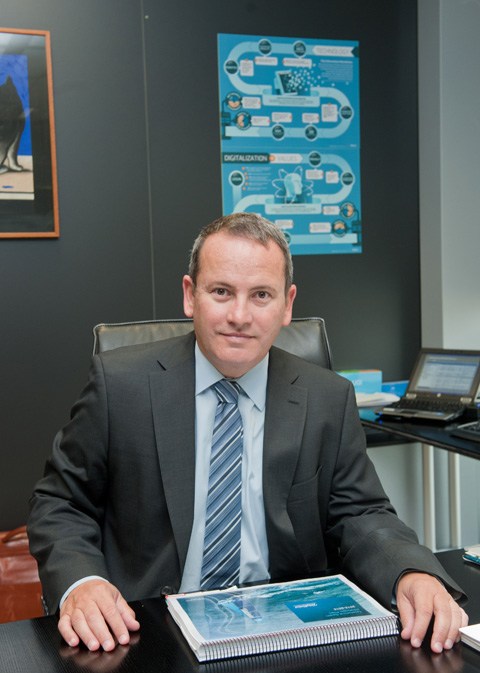 Madrid, 12 December 2018 – The Board of Directors of Telefónica, at its ordinary meeting held today, has approved the following organizational changes that will take effect on January 1.

Eduardo Navarro, current Chairman and CEO of Telefónica Brasil, has been appointed Telefonica´s Global Director for Comms, Brand, Public Affairs & Sustainability. This new unit is responsible for Communication, Institutional Marketing, Global Brand Policy, Sponsorship, as well as the Global Strategy for Public Affairs and Corporate Ethics and Sustainability, integrating and managing all the company’s intangible assets.

Eduardo has placed Vivo in a prominent position among the most innovative companies in Brazil and accelerated investments in new technologies. According to José María Álvarez-Pallete, Telefónica’s Chairman and CEO: “Eduardo Navarro’s long experience and deep knowledge of the company – where he has worked in almost every place and business – makes him the ideal person to integrate and drive the strategy established in the company’s new global program”.

Christian Gebara, current COO of Vivo, assumes the position of CEO of Telefónica Brasil, ensuring the continuity of Vivo’s growth and digital transformation as Brazil’s leading operator. “We are convinced that Christian Gebara will do a great job as CEO of our operation in Brazil, following the successful path that has been built over the last few years”, said José María Álvarez-Pallete.

Telefónica’s current Director of Corporate Communications and Institutional Marketing José Luis Gómez-Navarro will report directly to the Chairman & CEO with full dedication and will focus on addressing the new global challenges faced by the company and the telecommunications sector. Over the past two years, José Luis has driven the transformation of a key area for the company.

In addition, the Board of Trustees of Fundación Telefónica plans to appoint Carmen Morenés as general manager of this foundation.

Before assuming the CEO position, Eduardo held key global positions in the Telefónica Group, including Chief Commercial Digital Officer (CCDO) and Director of Strategy and Business Development. He was also Director of Strategic Planning and Regulatory Affairs for Telefónica Internacional.

Eduardo joined Telefónica in 1999, as Vice-President of Corporate Strategy and Regulatory Affairs for Telefónica Brazil. Before joining the Telefónica Group, he was a consultant at McKinsey & Co., where he led Telecommunications and Infrastructure projects in Latin America, Europe and Africa. He began his career as an engineer in the Brazilian operation of ARBED, a steel and iron producer. Eduardo holds a Metallurgical Engineering degree from the Federal University of Minas Gerais, Brazil.

Christian holds a degree in Business Administration from the Getúlio Vargas Foundation –  São Paulo and an MBA from the Graduate School of Business – Stanford University. He joined Telefónica in June 2006 as Director of Quality and Processes, Telefónica España. In 2008 he assumed the position of Director in the area of Strategy and Regulation in TISA. Previous experience includes Citibank, Banco ABC Roma in Sao Paulo, JP Morgan Chase in New York and McKinsey & Company in Spain.

In 2011, with the integration of Telefónica Vivo, he became Vice President of Strategy and New Businesses and one year later (2012) Vice-President of Mobile Business. In January 2015, after the merger with GVT, he became CRO (Chief Revenue Officer) and then as COO responsible for all business areas (B2C, B2B and wholesale), operating areas (Networks, IT and Customer Service) and areas of Innovation and Digital. From January 1st, he will become CEO of Vivo.