The extended agreement contemplates the creation of joint initiatives in the consumer space in areas such as gaming, connectivity, communications, secure access to data and new Living Apps, among others. Chema Alonso, Chief Digital Officer of Telefónica, made this announcement in his speech at the Agora of the Telefónica stand during the celebration of the Mobile World Congress in Barcelona that opened today. Telefónica's 4th platform consolidates itself as Telefónica's great technological ecosystem, integrating its own services and those of third parties. 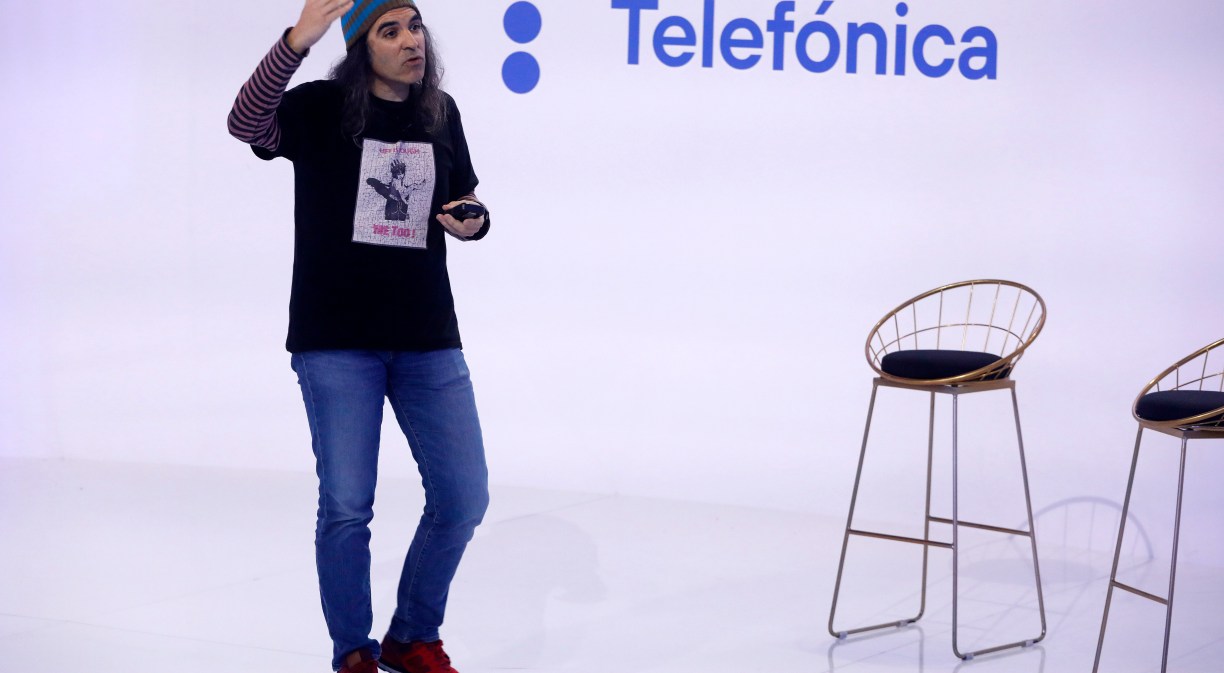 Telefónica today announced the expansion of its global strategic relationship with Microsoft to focus on accelerating the creation of joint initiatives in the consumer market. The initiatives contemplate the development and commercialization of new proposals and solutions for the home, based on the advanced network capabilities of Telefónica and its technological platforms in different markets. The agreement extends Telefonica’s collaboration with Microsoft which has been focused mainly on confidential computing initiatives for the business and public sector segment, digital transformation and connectivity.

Chema Alonso (Chief Digital Officer at Telefónica) made this announcement during his speech at Telefónica stand on the first day of the Mobile World Congress (MWC) that opened today.

Another area of collaboration the companies are exploring is gaming, to increase the existing collaboration in markets such as Spain, where  last year the launch of Xbox Game Pass Ultimate was announced, and the commercialization of Xbox consoles as part of  the offer of Movistar Fusion. Telefónica will also value opportunities in this field in other markets where the company is present.

Telefónica is also looking to extend the use of Microsoft 365 to other markets where it has a presence, after the agreement reached last year with Vivo in Brazil, which became one of the first operators in South America to offer a monthly subscription to Microsoft 365. In addition, the new alliance plans to facilitate access to select LinkedIn Learning content on Telefónica’s Movistar Plus+ television platform.

The expansion of the communications capabilities of Movistar Home with the integration of Microsoft Teams will be evaluated, turning the Telefónica device into the home communications center.  This will enable users to connect to video conferences and make calls through Teams easily using the device screen and with voice commands with the help of Aura.

Another of the lines of collaboration will be to provide Telefónica users with more secure, and controlled access to data and work on initiatives to increase the security of products and services supported by Telefónica’s fourth platform and Microsoft data services. Telefónica is also looking to run joint commercial and marketing initiatives on Surface devices in Telefónica’s markets in Europe.

Chema Alonso commented in his presentation: “We celebrate reaching a new level of collaboration in our strategic relationship with Microsoft to generate new opportunities and expand existing ones in the consumer, digital home and innovation space”.

In 2017 Telefónica announced at MWC the creation of its 4th Platform, now renamed Telefónica Kernel, the digital ecosystem on which Telefónica’s digital transformation is based and which provides the standardised and unified information necessary for the operation of applications, services, platforms and communication channels with the company’s customers. There are currently almost 600,000 million standardised records, records of all types to be used by AI algorithms. It also receives more than 1.5 billion monthly requests for information.

During his presentation, Chema Alonso highlighted several initiatives that have been created around it and the excellent connectivity offered by Telefónica. The entire digital home ecosystem that the company has created is based on them, a broad ecosystem of devices (UHD set-top box, Movistar Plus+ and Movistar Home, ,) and services, not only communications (Zoom and Teams integrated into Movistar Home), but also leading services for managing the line (Mi Movistar), connectivity control (Smart WiFi), cloud storage (Movistar Cloud), gaming (Xbox Game Pass Ultimate) and music (MovistarMúsica), etc.

One of the keys to Telefónica’s digital home is its Movistar Plus+ television platform, which features original productions and the best premium content, as well as the integration of partners such as Netflix, Disney+, Prime Video and DAZN, among others. In addition, Movistar Plus+ has transformed conventional TV into a large window of new digital experiences for customers and an innovative point of sale for companies thanks to the Living Apps. These are applications for television with a wide range of proposals in terms of TV-Commerce with agreements, among others, with Amazon or Rakuten, which have their own applications; edutainment with the Movistar Campus training proposal or the aforementioned upcoming application for Linkedin; social media with Living Apps exclusive to TikTok or Twitter; gaming, with a Living App for Fortnite and video podcasts or podcasts with outstanding Living Apps such as iVoox, Podimo or Apps with exclusive content of their own.

Looking to the future and the coming technological tsunami, Chema Alonso presented some of the keys that Telefónica is working on in the field of innovation, virtual reality and the metaverse. One of them is the development of a collaborative virtual innovation laboratory aimed at Telefónica professionals, startups, entrepreneurs and other agents of the innovation ecosystem that will form part of Telefónica’s Innovation and Talent Hub.

It will be a multi-purpose space with rooms for working on project ideation sessions, presentations, collaborations of all kinds and where proposals can also be made to customers. It will also have virtual spaces that will recreate, for example, Telefónica’s digital home and all its equipment for tests and simulations. As is usually the case in this type of innovation centres in the physical world, this virtual laboratory will be completed with spaces for rest and disconnection with various recreational activities focused on gaming or the possibility of watching Movistar Plus+ programming.