Telefónica to be the technology partner of the Basque Culinary Centre, a global pioneer in training and investigation

Cuisine and technology unite through two leading entities Telefónica will assist the BCC with its unstoppable digital transformation, and will offer technological support to reinforce... 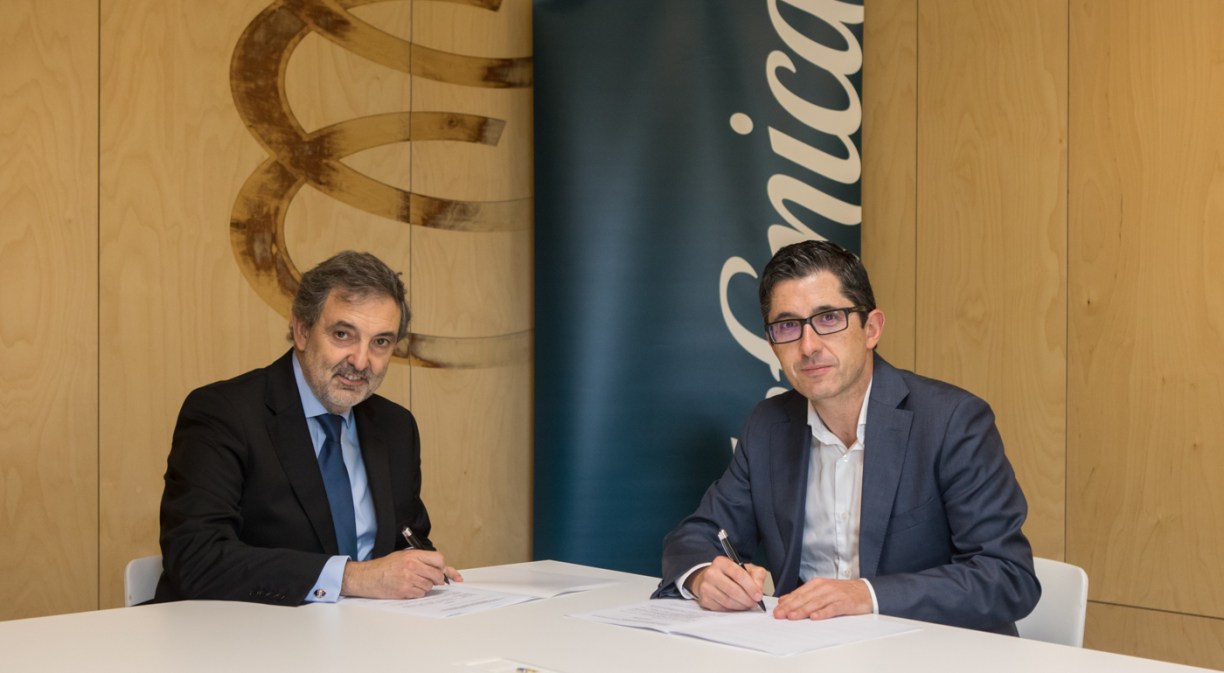 Donostia/San Sebastián, September 22, 2017.– Telefónica and the Basque Culinary Centre (BCC), the foremost school of culinary sciences in Spain and a worldwide point of reference in this field, have signed an agreement that will place the telecommunications company on the school’s Board of Trustees as technological partner. The agreement was signed by Joxe Mari Aizega, BCC General Director, and Luis Miguel Gilpérez, President of Telefónica España.

This agreement will result in the union of cooking and technology, with the goal of identifying and intensifying synergy and cooperation in either field through two leading organizations. Like the culinary sector in general, the BCC is undergoing an unstoppable digital revolution, and from now on it will have Telefónica’s technological support in becoming a centre for investigation and innovation in gastronomy and nutrition.

The first joint activity for the two organizations will be a congress on restaurants and technology where new technological advances and technology under development will be explored. The symposium, which will also enjoy the collaboration of the Provincial Council of Gipuzkoa, will be held during the last trimester of this year in San Sebastián. It will include the participation of chefs, experts from the sector, technological entrepreneurs and businesspeople from restaurant groups.

The generation of new opportunities will be another of the objectives shared by the two entities. Telefónica has a long history of supporting start-ups through different programs and business incubators distributed throughout Spain. The Basque Culinary Centre also has experience drawn from supporting culinary start-ups through its incubator Culinary Action. In the words of the General Director of the Basque Culinary Centre, Joxe Mari Aizega, “this and other initiatives from the BCC ecosystem will benefit symbiosis between culinary and technological knowledge, so we can be more competitive and generate new opportunities.”

Telefónica President Luis Miguel Gilpérez stated that “Telefónica’s investment in innovation in the culinary world is not new, and proof of this is our close cooperation with Ferran Adrià in his elBulliFoundation project and his work as Telefónica ambassador since 2010.”

In fact, Telefónica intends to work with the Catalan chef, considered one of the best in the world, to define the specific, tangible objectives of this alliance with the BCC. The objective is to focus on open innovation, entrepreneurship, job creation and finding talent.

“One of the principles that brought us to this technological alliance with the BCC”, stated the president of Telefónica España, “is that it fits with Telefónica’s interest in promoting gastronomy and technology in a common project with an international vision, with a special focus on Latin America.”

About the Basque Culinary Centre

The Basque Culinary Centre is a pioneering academic institution on a global level. Some of the members of its Board of Trustees are Mondragon University, seven of the best Basque chefs, leading companies in the food and drink sector and AZTI Tecnalia. It also has an International Council including eleven of the world’s most influential chefs.

The Basque Culinary Centre is dedicated to higher education, investigation, innovation and the promotion of gastronomy and nutrition.

Since it was created in September 2011, the Basque Culinary Centre has worked to become a point of reference internationally in this field, while also promoting gastronomy as a lever for socio-economic development through its School of Gastronomic Sciences and Investigation and Innovation Centre.

Based on market capitalization and number of clients, Telefónica is one of the largest telecommunications companies in the world. It bases itself on a comprehensive offer and the quality of the connectivity providing it with the best fixed, mobile, and broad band networks. It is a growing company that offers a differential experience based on both the values of the company itself and a public position that defends the interests of the client.

Present in 21 countries, and with 347 million access points, Telefónica has a strong presence in Spain, Europe, and Latin America where it concentrates the greatest part of its growth strategy.

Telefónica is a completely private company that has more than 1.5 million direct shareholders. Its social capital is currently divided into 5,037,804,990 ordinary shares that are continuously traded in the Spanish stock markets and in the stock markets of London, New York, Lima, and Buenos Aires.