- The holter monitor for Parkinson's disease, derived from the REMPARK system, will revolutionise diagnostics and self-management of this disease through objective, accurate and non-invasive monitoring of motor-function symptoms associated with Parkinson's disease. - A sensor gathers information on the patient's motor symptoms at all times, with an effectiveness rate of 87% in identifying the presence of motor skills and of 100% in identifying the lack thereof. - A telematics system remotely transmits the patient's state to their specialist physician, who can then assess the effect of each therapeutic action and verify whether symptoms are changing. - A smartphone can be configured to automatically emit rhythmic acoustic signals when it detects based on the data received from the sensor that the patient's walking pace is growing slower or a Freezing of Gait (temporary and involuntary inability to move) occurs. These sounds can help patients regain their pace and inhibit loss of gait. - The validation of this technology opens up new possibilities in the follow-up, diagnosis, treatment and management of this disease. 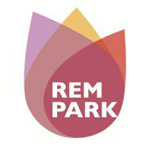 – The “holter monitor” for Parkinson’s disease, derived from the REMPARK system, will revolutionise diagnostics and self-management of this disease through objective, accurate and non-invasive monitoring of motor-function symptoms associated with Parkinson’s disease.
– A sensor gathers information on the patient’s motor symptoms at all times, with an effectiveness rate of 87% in identifying the presence of motor skills and of 100% in identifying the lack thereof.
– A telematics system remotely transmits the patient’s state to their specialist physician, who can then assess the effect of each therapeutic action and verify whether symptoms are changing.
– A smartphone can be configured to automatically emit rhythmic acoustic signals when it detects—based on the data received from the sensor—that the patient’s walking pace is growing slower or a Freezing of Gait (temporary and involuntary inability to move) occurs. These sounds can help patients regain their pace and inhibit loss of gait.
– The validation of this technology opens up new possibilities in the follow-up, diagnosis, treatment and management of this disease.

Madrid 21 April 2015.- Today the Universitat Politècnica de Catalunya (UPC), the Quirón Teknon hospital and Telefónica, who manage the European REMPARK telemedicine project, showcased the crucial role that the first “holter” for Parkinson’s has played in their research on this disease, labelling the device as “revolutionary” in its capabilities to open up new fields in the diagnosis, treatment and management of Parkinson’s Disease (PD).

Joan Cabestany—a professor at the UPC and  a researcher for the Centre for Technological Studies for the Care of Dependant people and promotion of Autonomous Living (abbreviated as CETpD, in Spanish), the institution that coordinates the project—, Angels Bayés—the director of the Parkinson’s Unit at the Quirón Teknon hospital in Barcelona—and Jaume Raventós, Telefónica Spain’s eHealth director, presented their first conclusions on the European project today. For the last three years the project has been studying the evolution of 40 Parkinson’s patients in Spain, Italy, Ireland and Israel using a remote control and tele-monitoring system running on Telefónica’s remote management platform.

The main goal driving REMPARK has been to accurately determine and quantify symptoms connected to the motor system in order to monitor their evolution. Having achieved this goal, it is now possible to replace the typical journal that Parkinson’s patients fill out with an entirely automatic system. The importance of this improvement lies in the fact that, due to the fluctuations patients experience, their motor state is not constant throughout the day—in some cases, they experience dramatic changes—, which makes it nearly impossible for them to accurately register said information.

Given that the treatment of PD is symptomatic, detailed knowledge of patients’ motor state is fundamental to optimise their treatment and improve their quality of life. This gives patients the possibility to self-manage their disease more easily, and affords physicians the chance to adapt and personalise each patient’s treatment.

The REMPARK system is essentially made up of a device the size of a mobile phone which the patient wears around their waist, attached to a bio-compatible waist-band. This device measures, processes and transmits all information connected to motor symptoms experienced by the patient. Inside the device there are a series of sensors, a microprocessor and a Bluetooth interface which allows it to communicate with a Smartphone. Nonetheless, the most important elements are the algorithms that have been developed for the device.

The system detects symptomatological parameters associated with the disease and determines the phase the patient is in at all times (on-off states, dyskinesia, freezing of gait, bradykinesia) and sends this information to the patient’s doctor via a remote management system. The doctor can then remotely and accurately follow up with the patient where necessary and adjust their medication without having to wait until the next consultation.

The REMPARK system has a central server where all data sent by the device is securely and responsibly stored, processed and analysed in order to track long-term evolution as well as significant patterns and trends. It also serves as an intelligent backup system, assisting the supervising team of physicians in making decisions.

The project’s managers have confirmed that this device, which uses exclusive algorithms, is a foundation on which to make further advances relating to this disease. Just as people suffering from hypertension have blood pressure monitors at home to monitor their arterial tension, people suffering from Parkinson’s disease will soon be able to purchase a PD holter to self-manage their disease, particularly during its first stages.

Joan Cabestany, a professor at the UPC, explained that “The doctors participating in this project believe Rempark to be a big step forward in managing Parkinson’s disease. We intend to keep investing and working on the sensor so that we can release it commercially as soon as possible and ensure that it’s compatible with EU regulations on primary healthcare devices. We know what we’ve got to do to succeed. This is a very possible scenario, depending on funds and extended pilot testing.”

Telefónica is working to integrate their remote management services into healthcare systems, which would bring about considerable medical, social and economic benefits, as it would increase patients’ level of independence, improve disease management and even prevent hospital admissions caused by the inappropriate administration of medication, as this could be dosed according to the patient’s state.

For Jaume Raventós, “implementing this system as a diagnostic and follow-up tool for PD will contribute to improving the European healthcare system by providing better quality, more personalised care to Parkinson’s patients while making better use of public resources”, to which he added that “It’s obvious that technology’s role in disease self-managing and the imminent future progress resulting from including ICT technologies in disease management is a fact that no one can turn their back on”.

Angels Bayés, director of the Parkinson’s Unit at the Quirón Teknon Hospital, concluded that “Suffering from Parkinson’s disease—the second most widespread neurodegenerative pathology after Alzheimer’s—means living without knowing when I’ll be in an on-stage, that is to say, in the stage affected by levodopa. Shaking crises, inability to move or stiffening of the body—among other symptoms—may occur during the off-stage, and this usually happens before each intake of levodopa. This phenomenon is very incapacitating and limits the person from leading a normal life, as it can appear at any moment, even while walking down the street. Being able to reduce the amount of off hours is crucial to optimise treatment, but first physicians need detailed knowledge of the patient’s motor state. This is the first time physicians are able to obtain objective measurements of symptoms connected to mobility, and this will allow us to better diagnose and therefore, provide better symptomatic treatment.

With a budget of around five million euros, REMPARK—a project financed by the EU through the FP7 (FP7-ICT-2011-7-287677)—is coordinated by the Universitat Politècnica de Catalunya (UPC) and has involved the participation of the Quirón Teknon Hospital, Telefónica and the European Parkinson’s Disease Association (EPDA), as well as other companies and research centres in Germany, Portugal, Italy, Israel, Sweden and Ireland.