- Currently, OpenMANO provides a highly functional framework pioneering the first open source NFV Orchestration and Management stack - The orchestration stack provided to the community has been a key component of Telefónicas NFV Reference Lab for over a year, and will keep its continuous functional evolution now in the open community 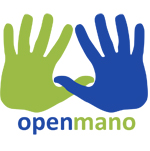 – Currently, OpenMANO provides a highly functional framework pioneering the first open source NFV Orchestration and Management stack
– The orchestration stack provided to the community has been a key component of Telefónica’s NFV Reference Lab for over a year, and will keep its continuous functional evolution now in the open community

OpenMANO is an open source project that provides a practical realization of the Management and Orchestration reference architecture (NFV MANO), currently under ETSI’s NFV ISG standardization. Today, the stack has become a key component in Telefónica’s NFV Reference Lab, being a ground-breaking module for easy creation and deployment of complex network scenarios, successfully validated with the more than 30 VNFs involved in the lab during the past year.

Telefónica NFV Reference Lab aims to help the ecosystem of partners and network equipment vendors to easily test and develop virtualized network functions with a real vendor-neutral orchestration environment that also provides advanced orchestration capabilities to assure high and predictable performance for the most advanced VNFs. Its aim is to promote interoperability and foster a more open ecosystem so that telecommunications providers are able to adapt and expand their network services more easily. With OpenMANO, Telefónica drives this adoption through the release of open source code, thus encouraging industry and software developers to explore new NFV possibilities and all this from a well- designed and tiered architecture proposal, thoroughly validated in realistic conditions.