Internexa’s use of Telefónica’s submarine cable infrastructure will expand its network and improve its capabilities in the Americas. BRUSA, the 11,000 km long submarine cable that... 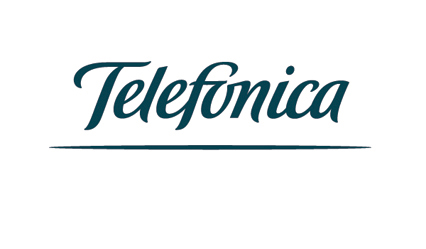 Madrid/Bogotá, March 16, 2016- Telefónica announced today an agreement with Internexa, a telecommunications company part of Colombia’s ISA Group that offers connectivity infrastructure services, Internet access and ICT solutions in the Americas. The long-term agreement contemplates the acquisition by Internexa of rights to use fractions of pairs of dark fibre optic on Telefónica’s submarine cable BRUSA, a new cable that will connect Brazil and the United States, as well as on the SAM-1 and on the Pacific Caribbean Cable System (PCCS), a consortium cable deployed last year. The agreement has been possible thanks to the longstanding relationship between Internexa and Telefónica, thereby making the two companies partners in the development of large specific projects.

For its part, these new infrastructures will allow Internexa to connect Brazil and Colombia with the United States and to expand its fibre optic network from 30,000 km to 60,000 km, promoting bandwidth development in the region. They will also reinforce Internexa as a Tier-1 telecommunications company in the region.

The agreement arrives just days after Telefónica announced the deployment of its largest infrastructure asset investment in more than a decade, BRUSA, a new submarine cable nearly 11,000 km in length linking Rio de Janeiro and Fortaleza (Brazil) with San Juan (Puerto Rico) and Virginia Beach (USA), which is expected to begin operations in early 2018.

BRUSA will become part of Telxius, the global company recently created by Telefónica to best optimize its infrastructure assets portfolio and that will gradually integrate certain of these assets including part of its tower and submarine fibre optic cables networks.

Blog
#Public Policy
The spectrum and the goose that lays the golden eggs
Press room
#ESG
Telefónica reaffirms its leadership in the Ranking Digital Rights 2022
Blog
#Inclusive digitalisation
What is digital inclusion and what are its characteristics?