What drones are and their valuable service to society

These aerial vehicles have a radio-controlled driving component, but they aren’t restricted to the instructions they receive. Drones can perform activities and tasks autonomously, thanks to the level and height sensors, the gyroscope and the GPS built into their electronics. 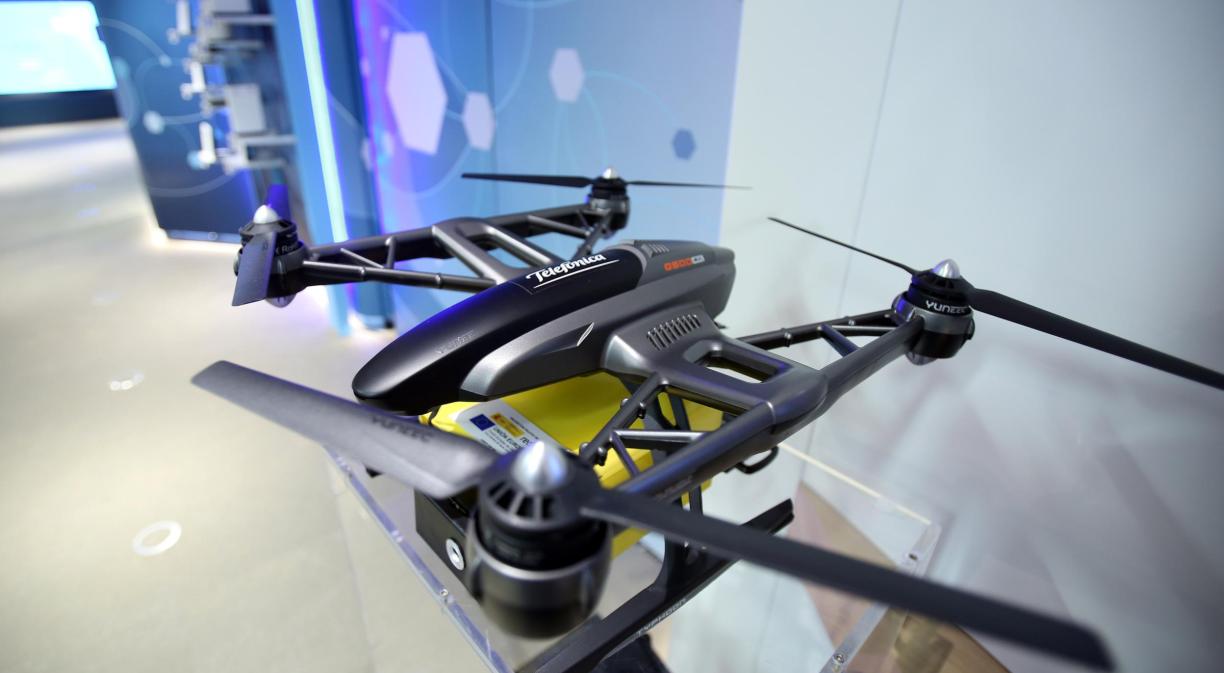 Basically, a drone can be defined as an unmanned vehicle that’s capable of autonomously maintaining a controlled and sustained level of flight.

Drones have great potential in a wide range of areas, as they can move quickly over uneven and rough terrain and overcome any type of obstacle, providing images and capturing other kinds of data with a bird’s-eye view, thanks to the devices they can carry (cameras, sensors, etc.) and their applications, without any risk to people, according to Ferrovial.

Their origins, like many other devices in human history, had a military purpose, and we have to go back to the second half of the 19th century to find antecedents of bomb-laden hot-air balloons such as those used by the Austro-Hungarian Empire and during the American Civil War and perfected shortly afterwards with steam-powered airships.

But it wasn’t until 1970 that the first drone of the modern era known as UAV (unmanned aerial vehicle, under both remote control and autopilot) was created, and its inventor was Abraham Karen, born in Baghdad to a Jewish family in 1937, who built it for the Israeli air force and later emigrated to the United States.

While their military purpose remains substantial, as control technologies have improved and costs have come down their use has spread to numerous other applications in aerial photography, product deliveries, agriculture, meteorology, surveillance, rescues, disaster relief, infrastructure inspections, science, the fight against crime and even a sporting facet, with drone racing and acrobatics.

Fundamental in natural disasters and rescues

Drones drastically improve responses to natural disasters and can help to rapidly locate survivors, particularly in areas that are difficult to reach on foot, and they can transport aid and supplies to other affected people.

One example of the vital role that drones play in rescue and lifeguard work on beaches can be found in July 2022 in Sagunto (Valencia), when they saved the life of a 14-year-old boy who was about to drown beneath the waves.

The drone hovered over the child and dropped an automatic self-inflating life jacket that prevented the potential tragedy.

Similarly, their application in fighting fires and detecting them is becoming increasingly important, both when it comes to creating safety zones to enable the emergency teams to attack and in the direct extinguishing of any small outbreaks.

Technologically speaking, work is already underway to ensure that the drones themselves will be responsible for putting out forest fires in the near future.

In the same way, their use is already essential for controlling traffic, especially when there are a huge number of vehicle journeys, as well as for detecting road accidents and offences.

Another surprising application stems from a secondary school in Jaén, Spain, which has designed a revolutionary intelligence project that can pilot drones thanks to a headset that captures the waves emitted by the brain.

According to Juan de Dios Marín, professor of Neuroscience applied to Marketing and promoter of the initiative, thanks to sensors that capture the brain’s waves, those that promote concentration, it’s possible to move objects or play video games.

The numerous services provided by drones include the personalised transport of goods. This has been announced by Amazon, which will start delivering orders using drones in late 2022, when the system will begin testing in Lockeford (California, USA).

“The concept of drone deliveries has always seemed like science fiction. For almost a decade, we’ve striven to make it a reality”, the company underlined in a statement.

The next step will involve the implementation of drones for passenger transport and air taxis. Among other companies, Openvia Air, Globalvia’s business line, is developing the new scenarios for urban air mobility with passenger and cargo transport solutions.

The company will use 100% sustainable passenger drones known as eVTOL (Electrical Vertical Take-Off and Landing), which will circulate through airways between strategically selected points, where vertiports will be set up for the take-off and landing operations.

Such is the multiple nature of the functions of drones and their potential manipulation that technological companies such as Telefónica have developed systems to maximise their security.

The fight against crime

The fight against organised crime is no stranger to the multiple uses of drones, which entails added surveillance and monitoring for the security forces, as occurred at the beginning of July in Campo de Gibraltar (Cádiz), where the National Police dismantled an organisation that supplied drug trafficking networks in different countries with aerial and semi-submersible drones, new systems for transporting up to 200 kilos of drugs.

The proliferation of drones for private, corporate and institutional use has led to their mandatory regulation, which, in the case of the European Union, dates back to 31 December 2020, irrespective of their use or size.

Similarly, it’s compulsory to receive the necessary training to operate a drone by completing a course, the conditions of which are listed by the Spanish State Aviation Safety Agency (AESA).

News
#Mobility
The vehicle of the future, much more than a sustainable car
News
#José María Álvarez-Pallete
The importance of connectivity in the future of technology
News
#IoT
The fishing industry connecting to the Internet of Things