Telcos will be essential for overcoming the challenges of IoT

Enrique Blanco took part in the opening day of the Congress for the 50th Anniversary of the COIT. 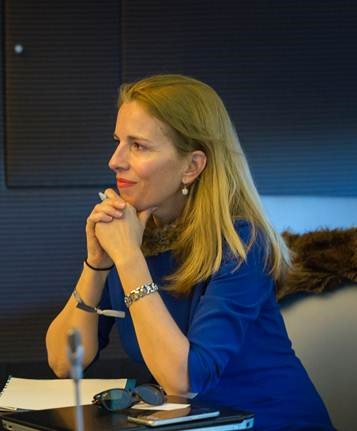 Enrique Blanco, Global CTO Telefónica, took part in the opening day of the Congress for the 50th Anniversary of the Official College of Telecommunication Engineers (COIT by its initials in Spanish), organised by COIT, together with the Spanish Association of Telecommunication Engineers (AEIT by its initials in Spanish) in Madrid. In the opening act, José Maria Lassalle, Secretariat of State for the Information Security and the Digital Agenda, also participated, as did Andy Valdar, President of FITCE and Eugenio Fontán, President of COIT.

Under the slogan, “Digital transformation: a challenge for information technology and telecommunications engineers“, the Congress, sponsored by Telefónica, brought together professionals from multiple countries who analysed the past, present and future of Telecommunications Engineering.

This event is a forum which brings together international researchers, telecommunications engineers who are committed to basic and applied research, creators of innovation, and also professionals who develop their activities in the new fields that are in demand these days.

The Telefónica executive gave a presentation titled “Internet of Things and the Value of Engineers in the Digitalisation of Companies and Society“, in which he highlighted the importance of telecommunications engineers: “In this ever changing environment, we need technicians with more ambitious profiles; they are the mainstay of the change” he commented. Enrique also talked of the challenges faced by society regarding the rapid evolution of technology – for example, the new competitive and regulatory environment, the new entrants in the sector, new business models and new clients that are already digital natives – which involves new expectations such as immediacy, a drop in prices and an increase in quality. This new environment is forcing a change in the rules of the game, changing, for example, distribution and transport means and the relationship with the banking industry.

One of the greatest accelerators of these changes is the Internet of Things (IoT), a device network (devices, vehicles and accessories) equipped with sensors, software and connectivity that can collect and exchange data without human intervention.

The use of this data collected by IoT, by man and his interpretation of it, is the key that will bring progress to sectors such as e-Health, the retail trade, transport and agriculture, etc.

At Telefónica we are already developing connectivity networks which provide adequate support to IoT and, in particular, to the 5G networks which will bring major advances to IoT.

The Internet of Things also poses significant challenges regarding the simplicity of the connected devices, along with the great challenge of providing connectivity for massive quantities of these devices, which can have low latencies. Challenges in which telecommunications engineers will play a very important role.

Meanwhile, there have been numerous technical sessions which have dug deeper into the evolution of telecommunications, dealing with highly topical subjects such as 5G, Smart Cities, network virtualisation or cybersecurity, among other things.