In recent years, many advances in technology have been made for people with low vision or blindness. 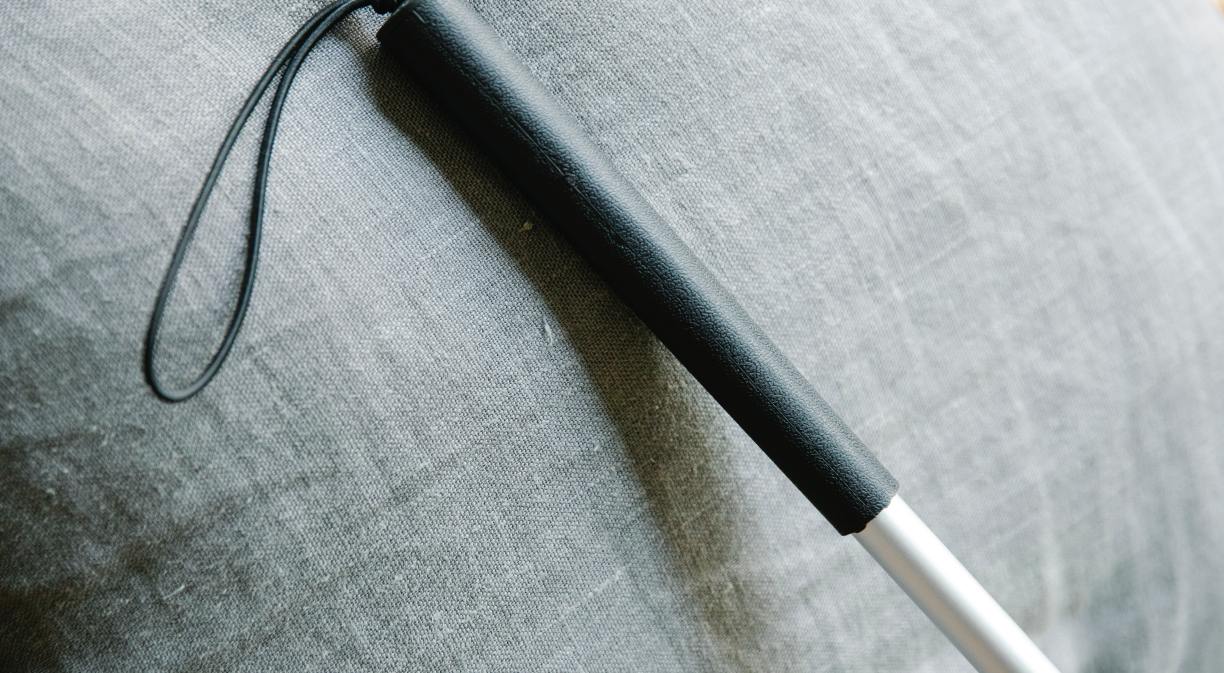 The Spanish National Organisation of the Blind highlights that the advent of new technological tools not only means that blind people can access information with full personal autonomy, but it also provides an opportunity for them to feel equal to others.

According to the estimates of the World Health Organisation (WHO), around 285 million people in the world suffer from some form of visual impairment, of whom some 39 million are blind (0.9% of the population).

Within this context, it’s necessary for technological tools to include the premise that everyone can access their content or that they can in some way benefit from this digital revolution, because otherwise we’ll fall into the risk of exclusion and a part of society will be left on the sidelines.

This is the origin of typhlotechnology, in other words, the set of resources that help people who are blind or with other disabilities to access technology in order to facilitate their full development in all areas of life, such as health and daily activity, education and culture, employment, leisure and sport.

In recent years technology has brought many breakthroughs for people with reduced vision or blindness.

The ONCE (Spanish National Organisation of the Blind) is a key player in this search for technological solutions to the needs of visually-impaired people.

Not to mention the design of products manufactured by the centre in partnership with other companies and the making of products to meet the existing demand.

This department has a wide range of products in which technology plays a fundamental part. These include 3D printers, electronic magnifying glasses, players and software.

Technological innovation is also making excellent progress with tactile Braille displays that work in much the same way as ordinary tablets, as well as in the use of Bluetooth beacons, which act as guides to reach the entrance to a shop, restaurant or public building or move around inside it.

In Spain great strides are being made in research, such as a successful experiment at the UMH (Miguel Hernández University) in Elche, published in the Journal of Clinical Investigation.

It involves a brain implant based on intracortical microelectrodes capable of inducing the perception of shapes and letters in a blind person.

This micro-device is securely implanted and the direct stimulation of the cerebral cortex produces visual perceptions with a much higher resolution than has been achieved to date, as the volunteer is able to perceive letters and identify the outlines of some objects. He or she can even perceive different colours, depending on the intensity of the electrical stimulus.

Another chapter to be highlighted is made up of what’s known as smart lenses, which, although they’ve only reached an early stage in their development, are aiming, thanks to artificial intelligence, to provide navigation information and identify faces and whatever’s around us.

Wearables intended for people with greater or lesser vision impairment constitute a clear improvement in their quality of life and autonomy, as is the case of applications, some of which are initially intended for the general public and modified for them, as well as others focused from the outset on blind and visually-impaired people.

Many of these apps are devoted to identifying objects and texts, which simply takes a photo to enable the application to describe what it has portrayed aloud.

Another example of this relationship between innovation and inclusion is the accessible terminal (POS) resulting from a project launched a few years ago by the ONCE and Telefónica that helps salespeople in their daily activities, not only in the commercial area, but also in logistics.

This terminal allows them to see whether a coupon has won and find out how to cash it in. The customer can also choose the number of coupons he or she wants or even return them.

Getting around the street

Unfortunately, accessibility is a basic right that still has some time to go before it is fully implemented in our cities.

However, technological innovations are also helping the safety of blind people when they leave their homes.

Once upon a time, a blind person had only a cane to help them avoid bumping into anything on the pavement.

Now gadgets make it safer for them to walk on public roads. This is the case of smart canes which, thanks to an intelligent handle equipped with sensors, avoid collisions with objects and barriers above the blind person’s waist.

There are also others that are loaded with much more technology. In addition to including sensors, they are connected to a mobile phone application to guide the user with a virtual assistant to communicate with to choose the route.

Blog
#Technology
New technologies and customer service: a world of possibilities
Blog
#NFT
Wallet or digital wallets: What are they?
Blog
#NFT
What are NFTs and how do they work?