Santander: Beyond what has been achieved and what remains to be done

Under the slogan "Beyond what has been achieved" (“Más allá de lo conseguido”), the 25th Congress of Telecommunications in Santander , recently announced in this blog , did not disappoint its...

Under the slogan “Beyond what has been achieved” (“Más allá de lo conseguido”), the 25th Congress of Telecommunications in Santander, recently announced in this blog, did not disappoint its attendees.

We attended a comprehensive review of the developments of last year, and above all, a detailed analysis of the crossroads which the sector is at, provided glimpses about how the initial conclusions are emerging. And all in a context of the highest institutional representation of which we wish to emphasize the Opening Ceremony, as it was presided by The Prince and Princess of Asturias.

While the success represented by 25 years of continuity of such a significant event for Telefónica, whose involvement has been committed since its inception, is always a cause for celebration, it is even more to confirm the widespread belief among authorities and other representatives of the strategic role that innovation and investment in ICTs are to play in economic recovery. In the words of Prince Felipe “investing in them can increase productivity, improve competitiveness and presence in foreign markets. Their effect cross-promotes the progress of all other sectors, and that gives a clearly strategic feature.”

At Telefónica, we share this assessment and further emphasize that it is a collaborative effort, as evidenced by our COO Julio Linares in his presentation. We therefore support the ambitious goals proposed by the Digital Agenda for Europe (DAE). And we are not alone in believing it. Many people expressed this idea during the conference.

And so, it is worth pausing to analyze one of the emerging trends that should be given adequate attention: the increasing bipolarization which the sector is sliding towards between on the one hand, network operators, and players, on the other, who control the devices through software. Both are here to stay, so we should be able to find the balance, not only in business but also in terms of setting the right public policy framework . In addition to achieving the objectives of the DAE, with networks that are able to support a whole series of new emerging services, it is all the more important that we  do it in a sustainable manner!

The key to this is, on one hand, the understanding between different players and a public policy framework that encourages investment and especially innovation.

Telefónica’s investment commitment is beyond a shadow of a doubt. As Julio Linares said, “Telefónica is committed to investment in every country where it operates, with a forecast 9 billion euros dedicated to this investment this year.” In Spain alone, Telefónica‘s investment over the last decade already exceeds 24.5 billion euros as recalled by Guillermo Ansaldo, former CEO of Telefónica Spain and now Head of Global Resources.

This effort has been maintained over time, and has been growing in spite of the economic climate. The percentage of the investment represented by Telefónica Spain in the total telecommunications sector has grown from 38% in 2005 to 45% in 2010, according to CMT data, the Spanish regulator.

And in Latin America there is no less of an effort as Telefónica has already invested another more than 100 billion euros which has and will continue to serve to  further promote higher speeds and improved quality of service to reach people all the technological advances in networks, applications and devices.

For this to be done,  cutting-edge technologies, in which the mobile is a key tool to attain a broadband reach of 100% of the population by 2013, as well as to progress towards the goal of 30 Mbps in 2020, which requires new advanced mobile technologies, such as LTE or FTTH. Precisely, Telefonica is launching in a certain number of Spanish cities the first 4G services over its new LTE network, a technology that supports speeds of up to 100 Mbps.

It is now more necessary than ever to ensure that Europe and Latin America are endowed with an appropriate public policy framework to support this new and necessary investment drive, in a balanced manner between the players of the value chain and adapted to the needs of each region, in line their strengths and weaknesses. Without neglecting the security and privacy, issues which are of increasing importance to all citizens.

An investment effort of this magnitude can only be done with strong companies able to build trust and to manage large investment programs, supported on solid business cases backed by the financial community. There is no other way.

Understanding and working together is the key. Therefore it is necessary to move beyond what has been achieved, as recited by the motto of the conference. Commissioner Kroes’ initiative, in which 40 carriers, Internet companies and content providers have been working over the past five months is, for Telefónica, an excellent starting point and an opportunity to consolidate the line in which we must continue to work: (i) adapting to a new economic environment, (ii) evolution towards a model of sustainable Internet, (iii) balanced contribution to meet demand and (iv) deregulation of the sector to encourage investment consistent with the interests of consumers.

Finally, speaking beyond our achievements is also to talk about innovation. It’s in the DNA of this sector. Innovation is not confined to the sphere of services, applications or devices. It also touches the field of networks, such as arteries throughout the ecosystem. Suffice it to recall, to cite one example, the technological leap in mobile networks necessary, if we want to achieve the objectives of the DAE.

Concerning services, at Telefónica we want to stress again the importance of open, competitive ecosystems that would foster the talent and share with the developers the effort of innovation, and of course, the returns.

For this reasons,  we support, among other things, the Wholesale Applications Community (WAC) and we have recently launched, with major results, the Wayra program. So that Latino entrepreneurs may implement their ideas and have the opportunity to realize their projects. In less than six months time, Wayra has already become the largest platform in Latin America to accelerate innovative projects in the field of ICT. This year alone, about a hundred projects in eight countries will be accelerated, as highlighted by José María Álvarez- Pallete, former CEO of Telefónica Latinamerica and now CEO of Telefónica Europe.

We are at a key moment in the development of the Information Society. If we really want to achieve an information society for all, with the greatest benefits, the road to success is already paved.  We only have to implement it and even go beyond! 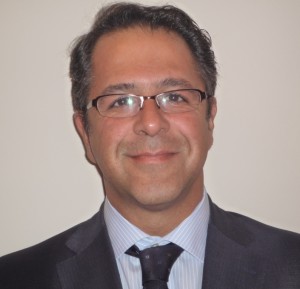