This week in São Paulo (Brazil) the Coordination Council of the NETmundial Initiative ( NMI ) held its inaugural meeting. During the full day session it took key decisions to define its... 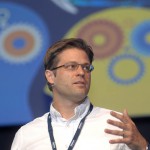 This week in São Paulo (Brazil) the Coordination Council of the NETmundial Initiative (NMI) held its inaugural meeting. During the full day session it took key decisions to define its future scope and activities. As a member representing the European industry on the Coordination Council, I attended the meeting together with my fellow members of the Council (a full list at the end) and over 80 remote community attendees and many observers on the ground (the meeting was open for attendance and live streamed)

The newly passed Terms of Reference (ToR) outlines the mission of the Initiative, which is “to provide a platform that helps catalyze practical cooperation between all stakeholders in order to address Internet issues and advance the implementation of the NETmundial Principles and Roadmap.”

Both, mission and scope have been defined taking community feedback into account which asked for no duplication of existing initiatives and processes.

The Coordination Council also adopted its governance and operational framework, which detail its role, responsibilities and working methods, putting a focus on open, transparent and inclusive processes.

A third proposed activity presented by the Brazilian CGI to open a space for sharing best practices on local multistakeholder Internet governance structures will be further discussed.

The Coordination Council also acknowledged the importance of complementing and providing practical support for the work of the IGF, and supported its renewal. Finally it expressed its commitment to collaborate with all stakeholders in order to work towards fulfilling the vision of the World Summit on the Information Society for “a people-centered, inclusive and development oriented information society post-2015”.

Overall, it was a fruitful and productive meeting, setting NMI on a clear course for its future. On the site of the historic NETmundial Conference last year (see previous post), we have seen another remarkable meeting where stakeholders and governments participated and exchanged views on equal footing. Where else would you be able to see an exchange of views on the importance of Human Rights between stakeholder and the Minister of Cyberspace of China, Lu Wei, in the presence of the U.S. Administration and EU Commission?

The NETmundial spirit was clearly present in these moments and I am sure will guide the next steps of NMI. And this is what is needed now: we need to get some things done.