Multistakeholder Forum on CSR: Are there signs of a new European strategy?

Last month in Brussels, more than 500 representatives from companies, governments and civil society organizations gathered at the European Commission for a new... 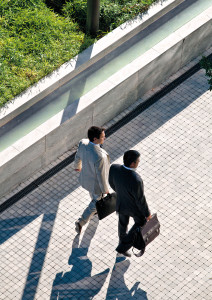 Last month in Brussels, more than 500 representatives from companies, governments and civil society organizations gathered at the European Commission for a new edition of the Multistakeholder Forum on Corporate Social Responsibility.

The conference was held in a very different context from the last meeting of this Forum, five years ago. The most noticeable difference was the formal absence of trade union and consumer organizations at the debating table. Another relevant difference was in the forum’s themes: issues related to business and human rights dominated the agenda, along with new issues such as those related to responsible tax policy, the circular economy or the international dimension of CSR, from the standpoint of other regions such as Latin America, Africa or Asia.

Finally, the new authorities of the European Commission were missed since, unlike previous forums in which several commissioners and directors-general participated, this year’s forum did not have that level of representation.

In a similar way to previous editions, the forum can be assessed from the perspective of what happened within the debating sessions and chambers and what was commented outside of them.

Two full days of presentations and discussion were held with high-level speakers and broad representation. More traditional viewpoints and topics were discussed, such as the debate regarding the voluntary versus the regulated approach to CSR, as well as the latest topics mentioned above. The tone of the Commission was one of active listening and the desire to gain more insight into how to move forward on the key issues, contrasting viewpoints and positions that revealed, in contrast to previous editions, very little discrepancy.

The debate on business and human rights is one that deserves a special mention. The lack of European companies’ information and awareness of the UN Guiding Principles on Business and Human Rights, and their implementation and due diligence mechanisms, was highlighted. In particular, mention was made of the lack of management tools for small and medium-sized enterprises and value chain control mechanisms. This is also an area in which greater involvement of member states is desirable through their National Action Plans on Business and Human Rights, many of which remain to be published and implemented.

The formal sessions and informal discussions did not evidence a greater connection between CSR and issues of employability and employment creation, something which is without doubt one of the great challenges for Spain and Europe. In this regard, a call was made for increased implementation of European employment policies in line with CSR strategy in order to move towards a greater consolidation of programmes promoting employability, with the purpose of reducing the gap between the skills and vocations which the market of 2020 is going to require and current vocational training.

The debate lacked a unifying element in respect of the need to see CSR as a factor of competitiveness and sustainability. The absence of a long-term vision raises the question of how this new Commission will direct efforts to develop a new CSR strategy and a renewed vision of the importance of CSR in EU policies beyond this strategy.

The Forum has left us with some messages and keys points:

No doubt the debate will continue in the coming months. Consequently, companies, governments and NGOs need to work together with the European Commission to promote practical and specific solutions which will enable us to move towards a shared vision of competitiveness and sustainability, seen as the integrated management of the economic, social, environmental and good governance aspects of companies.

At the Universal Exhibition in Milan in June of this year, CSR Europe, together with its network of 40 national partners and on behalf of 10,000 companies, will sign the Milan Manifesto to promote business leadership in CSR and the commitment to an intelligent, sustainable and inclusive Europe. We hope that the European Commission will accompany and support this initiative and encourage policies of CSR promotion and visibility within and outside Europe