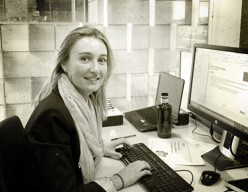 Did you know that women are not guaranteed connectivity at the same rates as men or that the rate of connectivity is hugely uneven between regions? Do you know who controls the Internet? These are only some of the statements that you will find in Mozilla’s 2018 Internet Health Report, an open source initiative that explains what’s helping and what’s hurting the Internet across five issues, from personal experience to global concerns.

“More people are opening their eyes to the real impact the Internet has on our societies, economies, and personal wellbeing. We are beginning to see the health of the Internet as not just a technical issue, but a human one”, Mozilla Internet Report 2018.

Even though this is a snapshot of a moment in time in the life of the Internet, Mozilla draws on a wide body of existing researches on issues ranging from privacy to connectivity, to online harassment and the economics of online platforms. All of them can be read in any order independently despite they are all interconnected.

The report features global insights and perspectives across five main topics: Privacy and Security, Openness, Digital Inclusion, Web literacy and Decentralization, but it also cast a spotlight on three of the biggest Internet health issues of the past year: Securing the Internet of Things, Understanding “fake news” and Too big tech?

Once you read it, you could say that the health of the Internet doesn´t depend exclusively in technical issues. There is another factor, related to human aspects, that has to be taken into account if you want to have the full picture of it. And that is the reason why the Report´s approach is so broad and interesting, because of its human point of view.

The internet is a real force for good when everyone can participate & innovate but openness isn’t necessarily guaranteed. The Report also states that the Internet shutdowns are rising. 20 countries saw at least 104 shutdowns in 2017, compared to 55 in 2016 and over 3 billion compromised accounts were disclosed in 2017 — millions of people had their sensitive data stolen. On the other hand, most internet users do not know enough about how their information is collected, shared, retained — and perhaps, reused.

To assure an open, secure and healthy Internet, society as a whole needs to know the signs of strengths but also those related to degradation or weaknesses like the ones commented above.

Because guaranteeing a stable, safe and inclusive Internet is a shared responsibility between consumers, industries and governments: everyone has a role to play since the job is too big for anyone to do it alone. And not only too big; it´s vital to keep expanding Internet´s positive contributions to humanity.

We, as humans, can change the Internet for the better. Societies have to be able to put together people who make technology, people who use it and people who regulate it to create a digital world that is truly enriching for everyone.

This report is a resource and call to action for everyone who is ready,  to a greater or lesser extent, to take on this challenge. From Telefónica we encourage everybody for a broader understanding of the problems facing the global Internet and that is why we recommend a proof reading of this Report.