How can we achieve a digital Europe?

Yesterday, the European Round Table met Chancellor Merkel, President Hollande and President Juncker to discuss about the future of the European Union. During the press conference... 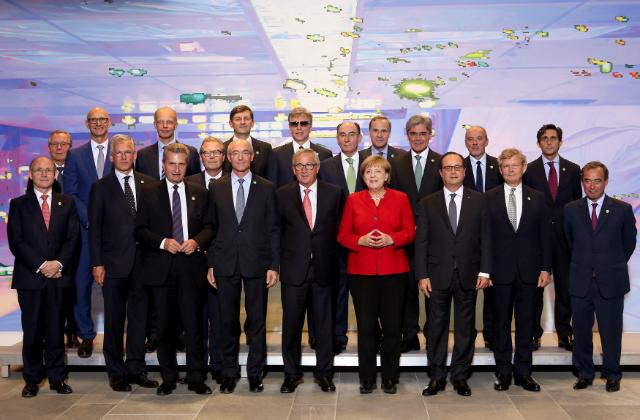 Yesterday, the European Round Table met Chancellor Merkel, President Hollande and President Juncker to discuss about the future of the European Union.

During the press conference after the high-level meeting, Benoît Potier, ERT Chairman, expressed in a few words his vision of the future of Europe. The main topics discussed during the meeting were the Digital Single Market and the Start-ups (including Digital transformation and Digital Industry), the competition policy of the Union and how to build Europe’s Strengths among others.

It is unquestionable that Europe is moving towards a Gigabit Society where schools, public institutions and enterprises should have the connectivity and expertise to benefit from the best quality digital services. Therefore, the implementation of the Digital Single Market and the digital transformation of our industries and economies is at the forefront of the future of the EU.

To achieve this, we need a more ambitious agenda for investment in connectivity. Hence a more predictable, stable and lighter regulatory regime focused on enduring bottlenecks and ensuring further regulatory harmonization and simplification will definitely stimulate the investment efforts. As Benoît Potier highlighted during the press conference, “digitization brings new opportunities for innovation and for the deployment of new technologies.  Europe – as an innovation-driven economy – should grasp these opportunities and turn them into a real competitive advantage for its companies”.

In this context, the European Institutions and leaders are taking major steps forward, under the central premise that Europe will be digital or it will become voiceless in the world. Thus, we do welcome all the initiatives done for a faster digitalization of our societies, such as those on 5G as the spectrum will be released in a more efficient and timely way, to support creation of a Digital Single Market or the proposal supporting infrastructure competition such as co-investment.

During the press conference Angela Merkel highlighted her wish and will to contribute to the roll out of the 5G network and to modernize the competition laws in order to adjust them to the new features of the digital ecosystem. Francois Hollande emphasized the importance of developing high-speed networks and 5G standards.

The increasing collaboration between public and private sector is also a positive signal that we are strengthening efforts in the right direction. However, it is time to speed up and simplify the decision making process and implementation of digital policies. As Angela Merkel has pointed out the European Commission has proposed many initiatives, but it is now important to get them passed quickly. The Internet and connectivity are changing our economies very fast and profound, and policymaker and regulators need to keep pace with these epochal changes, for the sake of our societies and economies.