Entrepreneurship and innovation: The change of the global startup ecosystem

Telefónica Digital and  Startup Genome have recently published a report with the most important startup ecosystems of the world.   The main finding of The Startup Ecosystem... 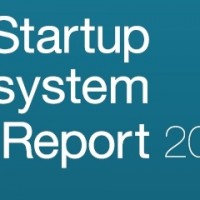 Telefónica Digital and Startup Genome have recently published a report with the most important startup ecosystems of the world.

The main finding of The Startup Ecosystem Report 2012 is that Silicon Valley is not the only important startup ecosystem in the world anymore. Although Silicon Valley remains as the world’s largest and most-influential start-up ecosystem, it no longer wields the power and influence it once did.

The reason is that other startups have flourished in the USA and other parts of the world (e.g. Latin America, Europe, the Middle East and Asia) over recent years and are now beginning to challenge Silicon Valley’s domination in technology innovation.

What does this change mean?

For the authors of the report this trend suggests that countries are shifting from service-based economies to become increasingly driven by a new generation of fast-moving software and technology organizations.

The report finds that the main alternative startup ecosystems to Silicon Valley are the following:

You can also see below the global rankings table:

Although Tel Aviv is the main alternative to Silicon Valley, five of the six largest world ecosystems are located in the USA.

In Europe, London is by far the largest startup ecosystem although its output is still just a third of that of Silicon Valley.

Outside of the more traditional markets, the startup ecosystem in Sao Paulo is growing rapidly and creates more jobs for the local community than Silicon Valley does for its own.

The report also finds the ‘next 20’ startup ecosystems and present them in alphabetical order by cities. The authors note that this list does not show a ranking because there are less data available for identifying robust trends. However, the authors have presented the findings discovered thus far, and collated input from ecosystem stakeholders in each of these cities.

Madrid and Barcelona are in the ‘next 20’ list. Both cities are still far away from Silicon Valley but they have the necessary talent to become a serious alternative to London or Paris (the two European cities best ranked) in the future. The two Spanish cities would just need to reduce the gap with London and Paris in terms of support and financing. Researchers have also found the following outcomes