Discover more about Blockchain and the impact on telcos

The disruption of the blockchain technology affect any industry that uses centralised databases that are fed by different sources. 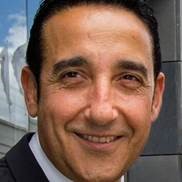 We live in a society in which virtually everything is being digitalised; news, services of all kinds, teaching, the government, etc., and it was only a matter of time before money would also be digitalised, especially as over time we have grown accustomed to not having to pay with coins or banknotes with what came to be known as plastic money. The difference between a Bitcoin and plastic money is that Bitcoin money is it not controlled by anyone, it is not kept in a bank or at least not in a physical bank. It is located in the Bitcoin’s blockchain, which of course is no more than a publicly distributed “general ledger” of transactions, completely the opposite to how current central banks manage currencies, through a centralised private database. For this reason, blockchain technology is also referred to by its acronym, DLT or Distributed Ledger Technology.

Obviously, for Bitcoin to be reliable, those who designed the blockchain technology did it in such a way that, once something has been written in the account ledger or blockchain, nothing can change it. In this way, once a transaction is confirmed, it remains as such forever, nothing can cancel it. This trust is achieved through consensus, that is, that if half of all the individuals that manage the blockchain plus one, decide that a transaction has occurred, then all the individuals of the transaction accept it as correct. So, even if someone wanted to spend bitcoins in two separate simultaneous transactions, in the end, only one transaction would go through, the one that half of the individuals plus one have approved.

Therefore, these characteristics of the blockchain technology in which individuals who don’t know each other (distributed) are able to manage a coordinated and reliable record of the transactions (the DLT), which also, by design, does not allow for any contradictions and one that anyone can interact with it is not only useful for a virtual currency, but it has many other applications because a distributed database that can be shared and outsourced and which allows people or applications other than those from your own company to interact with it and with you. It thus cures one of the headaches that was previously faced purely through your own technology and now, quite simply, can be outsourced and shared with other companies and applications, so that scaling economies are triggered, while at the same time interoperability between sectors appears ‘by design’.

Any industry that uses centralised databases that are fed by different sources is likely to be affected by the disruption of the blockchain technology, and telecommunications companies are no exception.

If you would like to know how this could effect Telecommunications, download the chapter: “Telecommunications: from the data revolution to the blockchain revolution” of the book “Blockchain: The industrial revolution of the Internet” written by Christoph Steck and myself from Telefónica’s Public Policies Team.