Christoph Steck: “We need to create European leadership in the technology field”

EU can no longer rely on its regulatory power, but must become a technological superpower in itself. 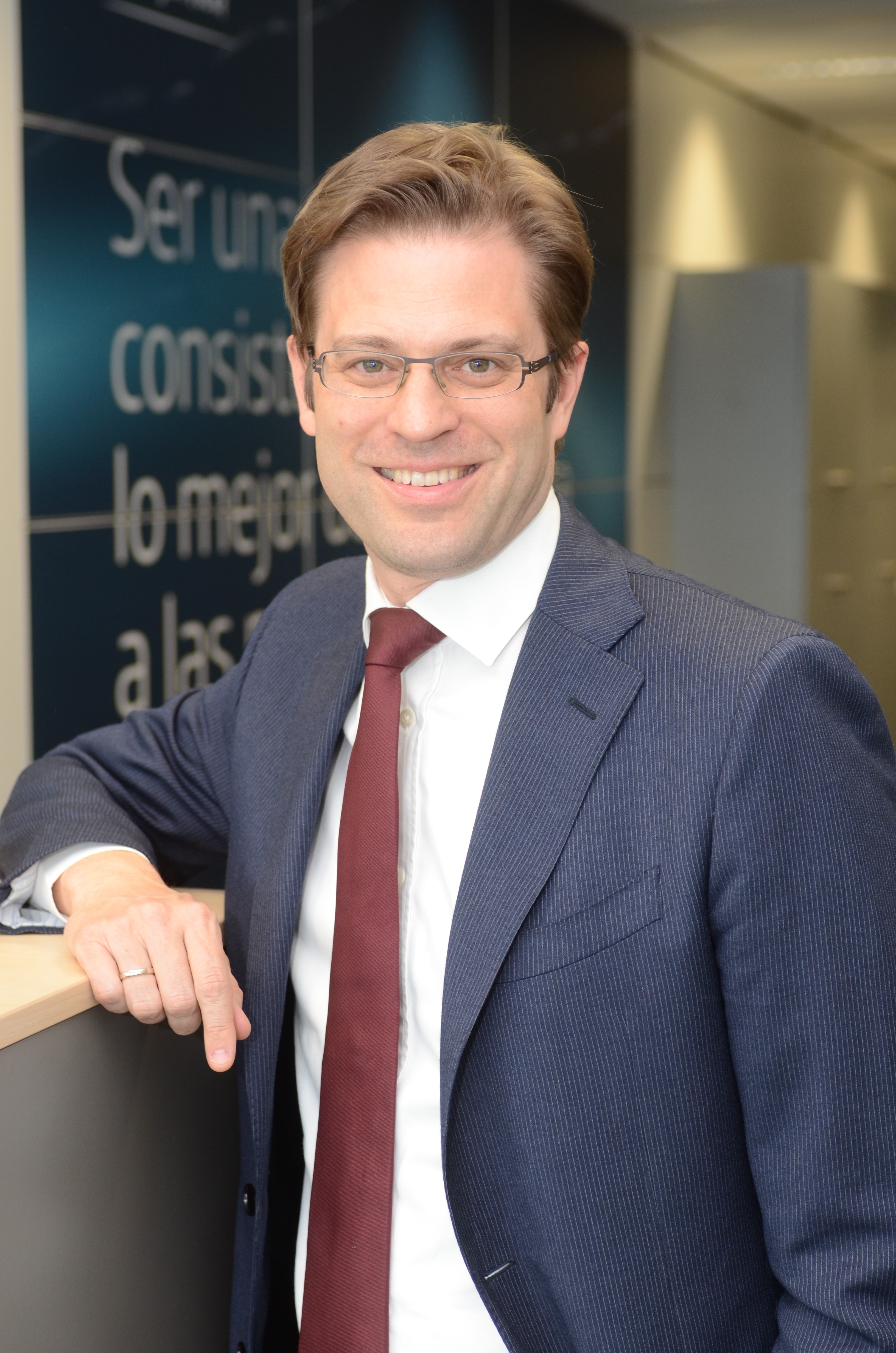 Christoph Steck has been Director of Public Policy and the Internet at Telefónica since 2013. In this role, he actively participates in debates related to the future development of digital policies and Internet governance, i.e. of norms, guidelines, standards and practices that apply to cyberspace on a global scale, where he also includes those related to AI and related new challenges.

Question: Mr. Steck, the sometimes “fantasy” perspectives on the ability of AI to control our lives in the future obviate a previous debate related to infrastructures. In fact, these need to be improved so that AI can be applied to its full potential and remotely by making use of the exponential growth of computing. What are the challenges faced in this field by the European economies and in particular the Spanish economy?

Response: The unprecedented shutdown of economies and societies due to the Covid-19 pandemic has resulted in a unique situation and an economic and social crisis of historic dimensions. This episode has led the world into the most abrupt peacetime recession since the 19th century.

Lockdown has accelerated digitalization at a breakneck rate and in just a few weeks we have advanced what we would have achieved in five years under normal conditions. The office has moved home through teleworking, students have studied online from their houses, companies have sold online, and restaurants have begun to bring their food home. It can be said that when the physical world has closed, the digital world has remained open, and even more so, it has decisively supported our economies and family and social lives.

Consequently, the first challenge I would like to mention here is the urgent need to ensure the deployment of modern broadband infrastructures as an indispensable lever to recover previous growth rates, the maintenance of employment and the provision of public services, such as education or health. Without a high-capacity communication infrastructure, recovery will be much slower and more costly in all areas.

That is why increased investment in ultra-fast fibre and 5G networks must become a top priority for policy makers. In addition, this investment effort must be accompanied by other policy and regulatory measures. Rapid deployment of 5G requires, for example, removing policies that lead to cost overruns in infrastructure investment or encouraging sharing arrangements to generate synergies and efficiencies. And perhaps most importantly, we need to ensure fair competition, with modernised regulatory and fiscal frameworks adapted to the digital economy.

Moreover, in this exceptional situation, we cannot ignore the impact that the crisis has had on inequality, possibly one of the greatest challenges we face not only on a global scale but also within our countries. We must ensure that the majority of the population has access to technology and the opportunities offered by the new digital world. At the same time, I believe that it is very important to incorporate the environmental dimension because I am convinced that digitalization offers enormous opportunities to generate a more sustainable economy.

In this sense, José María Álvarez-Pallete, Chairman and CEO of Telefónica, has recently presented proposals for a new Digital Deal based on an initiative that combines social, environmental and economic aspects. We believe that in order to have a sustainable digitalization we have to rely on our European values and on the ethical and responsible use of technology. It is said that we must never miss out on a deep crisis. I believe that we can emerge stronger and with a more sustainable economic model from this crisis if the public and private sectors join forces and guide them towards building back better our society and economy.

Q.: In addition to the technical deployment of infrastructure, telecommunications companies the size of Telefónica also play an important role in the development of new technologies. This requires new legal frameworks that must be based not only on technological but also on ethical assessments. What is your opinion on the current debate on the new rules required by AI and on the approach being taken?

A.: We certainly need an ethical approach to ensure that AI systems respect human rights, democracy and the rule of law. In my view, some international consensus has already been reached on some of the principles that will serve as a basis for policy development. Without being exhaustive, I am going to mention some of the most relevant ones: the principle of equity and inclusion to treat people fairly avoiding discriminatory impacts either on the basis of gender, ethnic origin, religion or sexual orientation. The principle of transparency and explainability to make the AI systems understandable to the people with whom they are interacting, so that they know what data of theirs is being used and for what purpose. They must also be reliable and secure, building trust among users. And, of course, they must respect people’s privacy and human rights.

“We need an ethical approach to ensure that AI systems respect human rights, democracy and the rule of law”.

The current debate on new standards for Artificial Intelligence systems is in its early stages, given their technical complexity, the dynamism of their development and the economic and social impact they generate. The risk-based approach proposed by the German Data Ethics Commission is very interesting, as it establishes five levels of risk classification, according to which a particular regulatory approach can be defined. This proposal sets a certain risk threshold above which high risk obligations would apply, while below which there are not high-risk obligations. In other words, in regulatory terms this would mean that regulatory bans or moratoria would be applied for those systems that seriously impact on people’s fundamental rights, ex-ante regulation for those that are high risk, regulatory sandboxes for those that can be controlled, low impact supervision and a guide of principles for those that are considered very low risk. This classification generates regulatory certainty and is considered the most accurate from the point of view of innovation, economic development and respect for fundamental rights and the rule of law.

The challenge and the greatest obstacle to regulatory development is the definition and determination of the risks involved. The European proposal included in the White Paper on IA submitted for consultation proposes a model similar to the German one with the exception that no distinction is made between various levels of risk, establishing a bipolar model by differentiating exclusively between high-risk uses and the rest. This classification into two groups, all or nothing, although in principle simpler to carry out, generates greater uncertainty insofar as it does not provide information on the possibility of a use moving from the non-risk group to being considered high risk. In contrast, the German model, on which I do not hide my preference, does not present this weakness since, by defining five levels of risk, the possibility of being reclassified from level 1 to 5 is clearly much lower than from level 2 to 5 and so on.

Q.: In the field of advanced technology, experts have been pointing out for some time that American and Chinese technology groups in particular are dominant. Is this observation correct? Are there concrete measures on the part of European policy makers to ensure that they are not left behind in areas such as Artificial Intelligence or is more work needed?

A.: The figures on investment in advanced technologies in both China and the US are very revealing of the situation. However, Europe has a unique opportunity to successfully undertake the digital transition. The region has a high-value industry, which is a leader in important sectors such as the automotive, aerospace, chemical and biotechnology industries, among others. We have one of the strongest industrial platforms on earth, with a single market to enhance, protect and improve. All this is based on common, historically shared values, which Europe has always defended and must continue to do more intensely than ever before.

Despite these strengths, we have not been able to create European world champions in the technological field. For the telecommunications sector, one of the most important obstacles is market fragmentation. There are more than 100 mobile operators in Europe, while the United States and China have three and four respectively. We are facing excessive fragmentation and policies and regulation should change to attract more investment in new infrastructure to leave more room for innovation.

It is also important to modernise regulatory frameworks in the face of the profound changes brought about by digitalisation in recent years, ensuring fair competition whereby the same rules apply to the same services and consumers can count on the same protection regardless of the company offering the service or product.

Aware of this situation, the European Union is making huge efforts to achieve digital sovereignty. Recently in the Union’s speech, Ursula von der Leyen expressed the strategic goal that the Commission has set itself to make this period the Digital Decade of Europe. I share her vision when she says that we need a common plan with clearly defined objectives for 2030, such as connectivity, competences and digital public services, following eminently European principles such as respect for privacy, freedom of expression, free flow of data and cyber security.

“However, the European Union has a great challenge ahead: it cannot continue to rely on its regulatory power but must become a technological superpower in itself”.

Referees do not win the game. Europe lost the lead in the first technological wave and must now take advantage of the next wave that is more focused on industrial capabilities where it has competitive advantages, such as in edge computing. To this end, it is important that, in addition to the European institutions, Member States reach strategically important regional agreements to create economies of scale and economic efficiencies in the technological field, such as broadband deployment or AI implementation. This is why we must move fast.

This post is an extract from the interview originally published in the “Revista Economía Hispano-Alemana”, produced by the German Chamber of Commerce for Spain. Read the full text here.