Can we make the Internet a safer place for Children?

On Wednesday 19 September, European Voice will organize in Brussels a morning debate about how to make the internet a safer place for children . The debate is sponsored by Telefónica ... 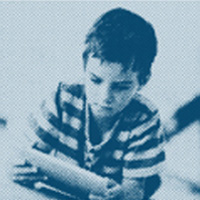 In response to a call by Neelie Kroes, the European commissioner for the digital agenda, chief executives from 28 internet and telecommunications companies formed a coalition in December 2011 to make the internet a safer place for children. The coalition has pledged to take action in a number of areas that include strengthening reporting tools, privacy settings, content classification schemes, parental controls and takedown of abusive material. Participants of the debate will discuss the work of the CEO Coalition and assess what progress has been made.

It will be an opportunity to discuss the pros and cons of a voluntary, industry-led approach compared to binding legislation. In this regard, Telefónica, which joined the CEO Coalition in December 2011, is committed to self-regulation as an effective way to promote trust and confidence in the digital environment, especially in relation to online child safety.