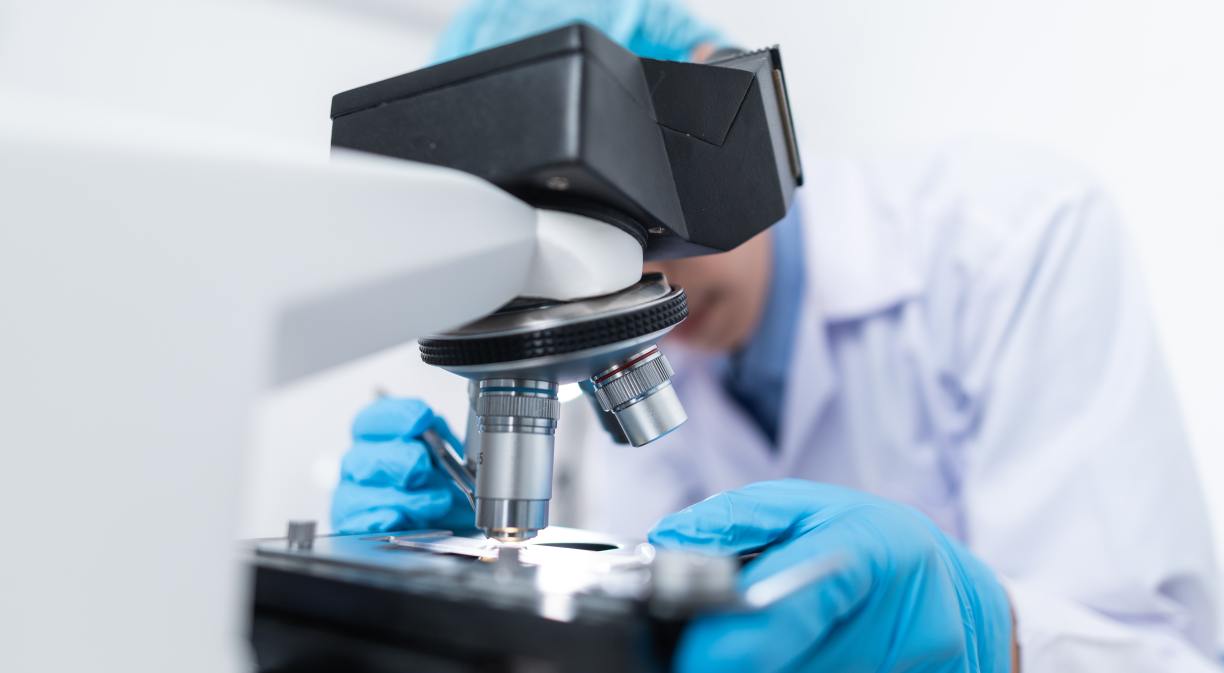 Technological progress has enabled unprecedented developments in the field of research. Especially in recent years. This is how the world of biology and medicine benefit from technological innovation.

The application of computer science to the world of biology and medicine has been absolutely revolutionary for both branches and has helped significantly in the improvement of treatments. As indicated by the Instituto de Salud Carlos III, bioinformatics has been fundamental in the analysis and interpretation of SARS-CoV-2 data. During 2020, the research carried out by the Bioinformatics Unit of the aforementioned centre was essential, since it shed light on such important issues as the sequencing of the genome of the new coronavirus and the automation of diagnostic tests.

Bioinformatics researches, develops and applies informatics and computational tools to improve the management of biological data, by using tools that collect, store, organise, analyse and interpret all these data.

In this sense, Big Data development has been one of the great driving forces for the improvement of research work in recent years. Other important contributions regarding innovation within the framework of connectivity and digitisation have been Artificial Intelligence and Machine Learning, supported by the 5G network, as they offer new perspectives for tackling an increasing number of biomedical problems, thanks to the creation of algorithms and mathematical models that extract maximum knowledge from data.

The analysis of massive data applied to health allows for a better understanding of the DNA and genome of different organisms in addition to human DNA, as well as of proteins, enzymes and amino acids. But some of the areas where the progress of bioinformatics has been truly significant, in addition to the information it has given scientists regarding the coronavirus, are the identification of mutations associated with tumours, of pathogens causing infectious outbreaks, and the study of rare diseases.

The use of new technologies for the early detection of rare diseases is improving many patients’ quality of life. This is because thanks to them it is possible to obtain a quick and reliable diagnosis. Rare diseases affect fewer than 5 in 10,000 inhabitants, and according to data from the Spanish Federation for Rare Diseases, FEDER, they affect more than three million inhabitants in Spain. Due to their low prevalence, studies and research are very limited. This is why the emergence of Artificial Intelligence in this area of study has been so important.

According to an interview published by Agencia SINC with Julián Isla, President of the Foundation 29, it can take between five and six years for rare disease patients to get a correct diagnosis. This time is vital for these patients, given that in the meantime they may receive incorrect treatments that worsen their health condition. As a software engineer, Isla created an AI-based platform that helps doctors carry out a quick diagnosis by comparing data between symptoms and genetic information. It should be noted that 80% of rare diseases have a genetic component. Thus, with this platform, Isla has managed to reduce the diagnostic process to around 10 minutes by automating the genetic analysis.

Although bioinformatics has been around for a long time, the 4.0 revolution has been a turning point for all health-related sciences. This discipline has its origins in the 1960s, when computational models began to be applied to the study of proteins. Later, with the introduction of large-scale communication structures, it continued to grow until it reached personalised medicine.

For some years now, medicine has been using supercomputing to tailor treatments based on the origin of the disease and the patient’s genome. One of the greatest examples of this feat is HIV treatments. According to the UN, AIDS has killed nearly 39 million people, and some 78 million have been infected since the first cases of the human immunodeficiency virus were diagnosed in the early 1980s in the United States.

HIV is characterised by rapid mutation, which allows it to evade antiretroviral treatment. To find a solution, scientists at the Barcelona Supercomputing Centre and IrsiCaixa have developed a bioinformatics platform capable of predicting these mutations in order to predict treatment effectiveness. Thus, the study of each patient’s clinical experience helps to develop new therapies and to develop innovative treatments to be applied in a precise way, thereby promoting the implementation of personalised medicine.

The design of new medicinal products is another benefit of this discipline. It seeks a therapeutic target capable of modifying the course of a disease based on the study of biological data. This is one of the highest hopes of finding a cure for cancer in the not too distant future.

The scientific community already has powerful tools at its disposal, such as Big Data. to study the genome of diagnosed individuals, which will help understand the origin of tumours in the future. To this end, there is already an initiative called the International Cancer Genome Consortium, in which Spanish scientists are collaborating, which studies genetic, transcriptomic and epigenetic changes in more than 50 different types of tumours. This project has identified almost 4 million genetic mutations in participating patients, which could prove invaluable in the fight against cancer in the years to come.

Thanks to all these studies, new generations of drugs will be more effective and safer, and will be developed according to the genetic characteristics of each patient and thus save more lives.