The vehicle of the future, much more than a sustainable car

The fight against climate change and the continuous development of new technologies are having clear implications for the future of cars that go far beyond the commitment to more sustainable vehicles. 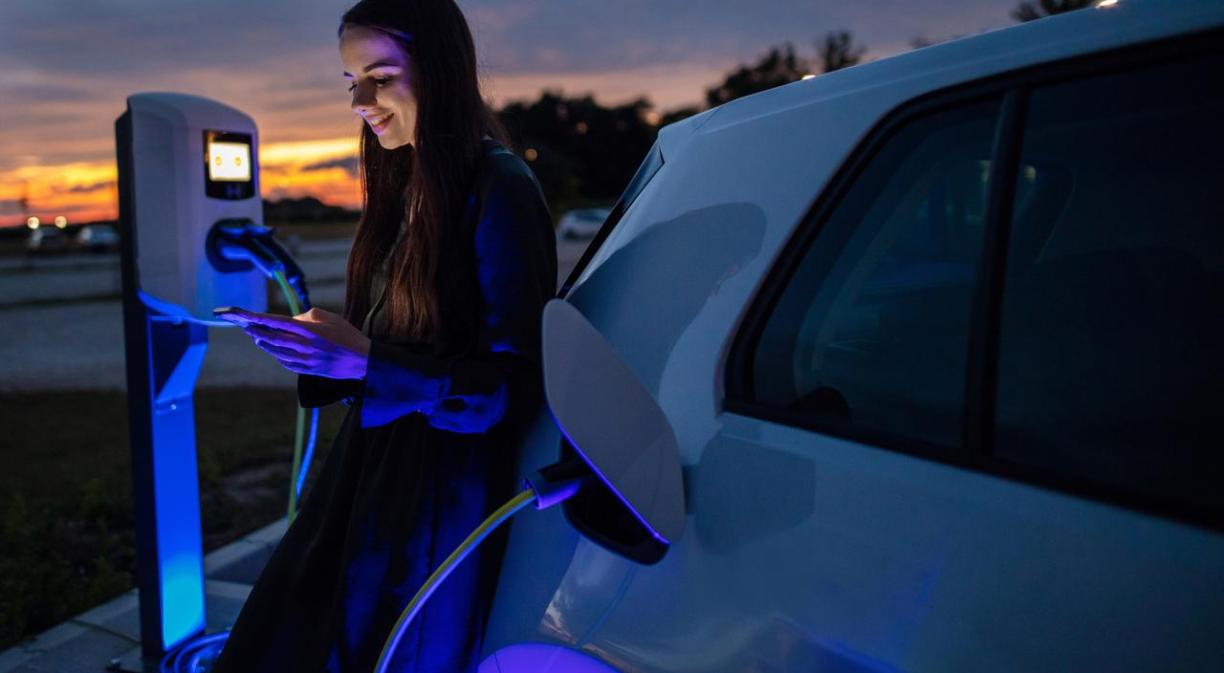 The renowned theoretical physicist Michio Kaku believes that we’ll even talk to our vehicles and that they’ll be more than just autonomous vehicles, “they’ll be smart objects” with the ability to reason to perform their tasks.

One of the major objectives set by the car industry in the coming years is to achieve greater safety, an issue on which progress is constantly being made thanks to its main partner, the new technological tools.

Every time we exchange a vehicle for a new one, we can see how improvements are being made in terms of safety, an aspect whose importance continues to increase in partnership with a new ally in the form of connectivity.

The advent of 5G brings numerous benefits across all the sectors, including the car industry. Connectivity in the automotive world is synonymous with safety, together with other benefits such as energy efficiency.

The future of the car lies in connecting and exchanging information with other vehicles and the devices around them, as well as the city’s infrastructures.

In other words, cars will be connected to sensors in traffic cameras and intersections that improve the traffic flow and reduce journey times, with parking systems in public garages to manage free spaces and help to reduce the pollution levels in the city and access to weather information to plan urban journeys.

This connectivity will also provide data on how we drive, information with which we can learn and improve our habits in our vehicle and geolocate the car’s position at any given time.

Geolocation isn’t only a guide to take us on the fastest route to our destination, it also serves to achieve safer and smarter mobility.

5G connectivity is decisive and essential throughout this process, with the aim of reducing the number of accidents to zero.

There’s still a long way to go until the above occurs. Technology has to progress further, infrastructures have to become smart and the car industry has to take a big step forward in order to equip its models with this technology.

In July, the Connected Vehicle 3.0 platform of the Directorate-General for Traffic (DGT), a network to enable drivers to detect and exchange information about potential dangers on the road in real time, was tested during the Gran Fondo Ézaro – Fin do Camino cycling race.

The test consisted of vehicles at the front and back of the group of participating cyclists transmitting real-time information on their position via beacons, allowing other drivers to find out know which stretches of the road were affected by the event at any given moment.

Traffic cones were also set up on the roads beside the route of the race so as to provide data on how it was unfolding.

The main aim of this DGT project, which came into being four years ago, is to interconnect drivers and the road in order to obtain real-time information on situations that could put the traffic at risk, including traffic accidents, road closures, etc.

Autonomous driving, the future of the car

Further steps are gradually being taken towards the autonomous or automatic driving of vehicles. For example, the DGT expects that vehicles with an automatic driving level of at least 3 out of 5 will be able to travel along national roads within a year and a half, allowing cars to circulate practically autonomously with certain limitations.

In Spain, 62% of cars currently have level-2 automatic driving (capable of maintaining the lateral and longitudinal movement of the vehicle). This is the maximum level allowed for the time being but, according to the data of the Spanish Association of Automobile and Truck Manufacturers (Anfac), 23% of the car fleet has sufficient technical equipment to reach the level 3.

In the opinion of the car manufacturers, “it’s the right time to implement a specific regulation that lays the foundations for the entry and circulation of vehicles with level-4 autonomy on the Spanish roads this year”, as is the case in France and Germany.

Level 4 would allow the vehicle to be driven fully autonomously and without any human intervention within certain controlled environments.

According to the ANFAC’s 2022 Autonomous and Connected Vehicle Report, car manufacturers are prioritising connectivity technologies aimed primarily at improving vehicle safety, followed by those related to vehicle control and comfort.

The most talked-about innovations mentioned above are intelligent transport systems (ITS), made up of a set of computer applications and systems designed to optimise driving safety and efficiency.

ITS are based on artificial intelligence, big data and the Internet of Things, tools that will provide us with a hitherto unknown driving experience.

The ITS are responsible for receiving all the relevant driving data to facilitate the task and reduce the risk of complications at the wheel.

Rather than the future, the use of non-polluting technologies in the motor industry is the present of the car, although it’s true to say that some (or many) derivations of new energy supplies form part of the future.

The aim is to improve the availability of the charging infrastructure for both urban and interurban use, the charging time and the autonomy of the electric vehicle.

This will be coupled with the search for other energy sources, as the most vital component of an electric vehicle is the battery. The batteries most commonly used so far by manufacturers are made of lithium-ion and practically the same as those used in electronic devices such as mobile phones and laptops, although there are others made of nickel-metal hydride, lead and acid and supercapacitors.

The production of these batteries isn’t sufficient to equip the tens of millions of vehicles that have to be produced every year to replace combustion vehicles, as a result of which alternatives are being sought, including solid, calcium and graphene batteries and the hydrogen engine, which guarantees greater autonomy and faster charging.

A far-reaching network of charging points is also a priority if the electric vehicle fleet is to be increased, and Spain still lies well below the levels of other European countries.

The ANFAC is calling for “a sufficiently developed public-access charging network that can assimilate electric vehicle charging to the traditional refuelling of combustion vehicles in terms of time and capillarity”.

In-car connectivity will enable us to do things that were previously unimaginable, such as working, browsing the internet and accessing all kinds of multimedia services during journeys.

The entertainment options for the passengers in the vehicle, and possibly for the “driver” when the car becomes fully autonomous or automatic, are countless, such as being able to watch a favourite series or film via one of the numerous streaming platforms in existence or make video calls.

It’s a new business world that’s opening up, and different companies are already working on it. One example is Heloride, a German company that’s striving to make road journeys more entertaining through extended reality (XR).

The company is seeking to enable travelling companions in a car to entertain themselves with virtual reality (VR) connected to it. It’s therefore relying on a partnership with Audi to integrate an extended reality system into their standard vehicles.

The car of the future continues to take steps forward with two main goals, namely zero pollution and zero accidents.

There’s still a lot of work to be done by all the players in this sector, and technology and digitalisation are their main allies. Although the road ahead is complicated, the challenges are ambitious and full of benefits.